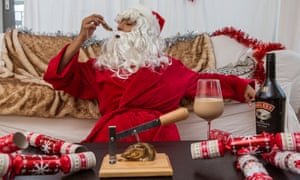 The oyster shucker (£37, amazon.co.uk) is a steel spike attached to mounted fulcrum. An oyster positioned in the slotted baseplate may be wedged open by applying leveraged force.

Some people take ages to come out of their shell.

In marine cuisine, as in CIA interviews, brute violence is acknowledged as the only way a subject will open up. But choices, choices. Trying to split an oyster with a knife can be like jimmying the doors of the Pentagon with a library card, only more dangerous. Meet the oyster shucker.

“Shucker” is a great, 1950s-sounding word. It calls to mind a flash delinquent grifting some square from Nowheresville before squealing off in a hot-rod. “I’m splittin, shucker!” Sadly, this doesn’t share that sense of fun. The picture on the box isn’t a glossy photo or gauche CGI, it’s a pen-and-ink sketch of the product. The snootiness jumps out at you, like a flasher in a vintage Burberry mac.

The instructions on opening oysters are equally affected. “It is important to probe the three sides for the true dividing line,” it begins mystically, like an excerpt from the I Ching. “As soon as the shell halves shift … insert a common screwdriver into the opening.”

First off, “common screwdriver” delights me – we’re clearly dealing with the Lady Violet Crawley of kitchen gadgets. Secondly, oysters are luxurious. They’re famed aphrodisiacs, full of protein, and said to resemble a lady’s fandango, if your lady is a rock-like, calcified structure who may contain a pearl. (Gentlemen, they all contain pearls.) If you produce oysters, you’re going for a mood, one that will only be undermined by pulling out a screwdriver. Crowbarring a Philips into the mollusc of love is not a suave task.

And there are other problems. I’ve got my hands on some gnarly, Jurassic-looking oysters, with no clear dividing line. The nook in the board leaves little manoeuverability to align the pike, so keeping my eye on the prise isn’t easy. Moreover, there’s a risk that splitting the bivalve on its side, as advised, will spill its precious juices.

Eventually, I give up and ram the spike into the hinge of the oyster, and use my bare hands to crack it open, none of which is on the instructions. Here’s a pearl of wisdom: don’t be a shucker.