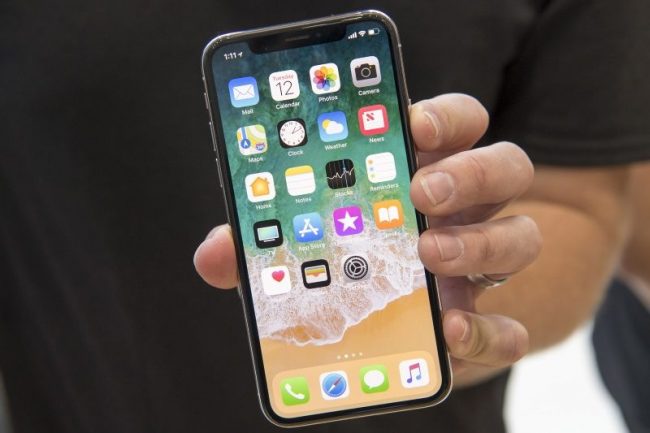 While some recent reports reflected weak sales of the iPhone X, Kantar Worldpanel now claims that the newest iPhone flagship made it into the top three best-selling devices in worldwide markets in December. The launch of the iPhone X, alongside the iPhone 8 and iPhone 8 Plus, also uplifted the market share of iOS by 0.7 percentage points to 24.8 percent across the key European markets, according to the latest smartphone OS data from Kantar Worldpanel ComTech.

The Kartan Worldpanel report highlights that the iPhone X became one of the three best-selling mobile devices in December across Europe, Urban China, Japan, Australia, and the US. This growth helped Apple receive a boost in the loyalty for its iOS, with a new record of 96 percent in the US. The sales share for the platform declined 0.5 percentage points to 43.9 percent in the US market, though.

The strong market performance of iOS certainly made the competition tougher for Google’s Android. However, the fall of Windows Phone, whose share stands at under 1 percent in all markets except Italy, as per the Kantar Worldpanel, reduced the impact to some extent.

“The full results for the last quarter of the year show that Apple’s decision to release three new handsets over a staggered period, including the ultra high-end iPhone X, has been a sound one. With Apple’s existing release structure, expectations would always be that the flagship model would be the top selling device in key developed markets, but with the premium price of iPhone X, real-life affordability has come into play. Given that in December iPhone X made it into the top three best-selling devices across all key regions, particularly in urban China where it was the top-selling model, the pricing strategy seems to have been vindicated,” said Dominic Sunnebo, Global Director for Kantar Worldpanel ComTech, in a press statement.

In addition to the growth tale of Apple, Samsung reportedly gave a very strong performance in Europe. Kantar Worldpanel shows that the sales of Samsung smartphones in the European markets increased 2.2 percentage points to 31.3 percent, surpassing the sales of Apple and Huawei. In Spain, Xiaomiresulted in a fierce competition for local vendor BQ that saw a dip of 3.8 percentage points to 8.5 percent in its market share in the three months to December.

Further, in the US alone, Samsung and Apple continued their domination with a combined share of 70.8 percent in the last three months of 2017, while Motorola and Google managed to see an increase of 0.5 percentage points and 1.0 percentage points to 5.6 percent and 2.8 percent, respectively. Huawei, on the other hand, stayed flat with just 0.4 percent share in the US market, the Kantar Worldpanel report concluded.

The iPhone X resulted in a “stellar” performance in multiple worldwide markets last November. The report also stated that the flagship iPhone model was outsold by the iPhone 8 and the iPhone 8 Plus in the US, while all the three new iPhone versions gained leadership in the list of best-selling smartphone models during the month that also includes the Samsung Galaxy S8.