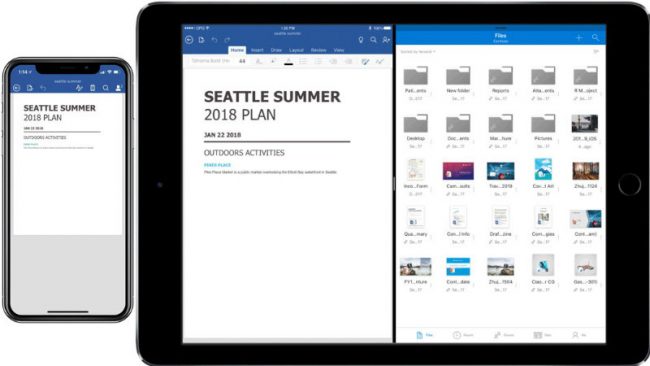 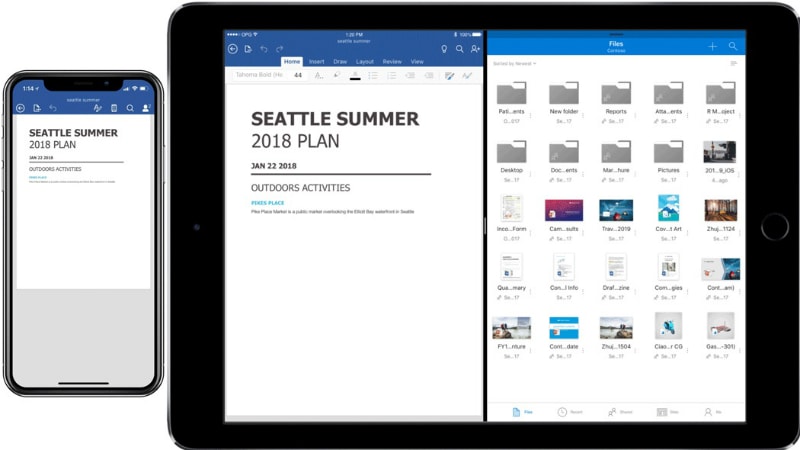 Microsoft on Tuesday announced new updates for its Office suite of productivity apps on iOS. New Office capabilities on iOS devices include a real-time co-authoring feature on Word, Powerpoint, and Excel. Office and OneDrive apps on iOS now support drag and drop for files and documents, OneDrive adds support for Files app available in iOS 11, OneDrive gets a UI overhaul, and the Outlook app offers advanced search capabilities.

Starting with the co-authoring feature, users can now see who is viewing their document, what they are editing, and view the edits across platforms including iOS, macOS, Windows, Android, and Office Online. The feature is available in Word, PowerPoint, and Excel.

With drag and drop now available on iOS, users can “drag and drop content into documents, presentations, and spreadsheets from other Office apps or OneDrive.” The feature also enables users to transfer content to and from other apps like SharePoint and iMessage on the iOS platform.

Separately, the OneDrive app offers native support for Files app. Files was introduced with the iOS 11 update. With this feature, iPhone and iPad users on iOS 11 can upload, access, edit, and save content to OneDrive and Sharepoint from any other app that offers Files integration. Additionally, users can tag specific files to find content in an easier way. The OneDrive app also gets a redesigned UI with improved file sorting, easier file name scanning, and more. The app now also supports preview for over 130 file types including Photoshop and 3D Objects.

And, finally, an enhanced search feature on Outlook for iOS “leverages the Microsoft Graph to surface results from your top contacts, upcoming travel itineraries, package deliveries, recent attachments, and more. Together with proactive search suggestions and a unified design, it now provides consistent, personalised results.”