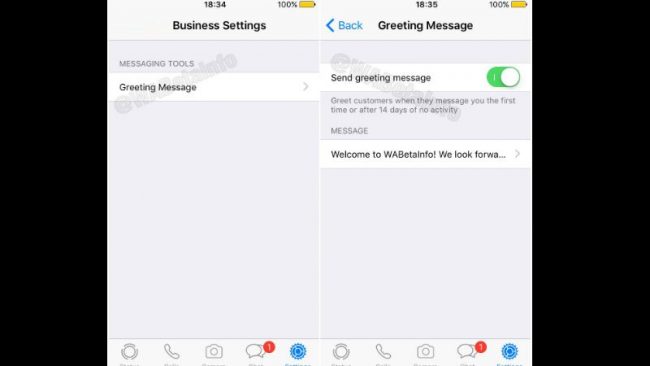 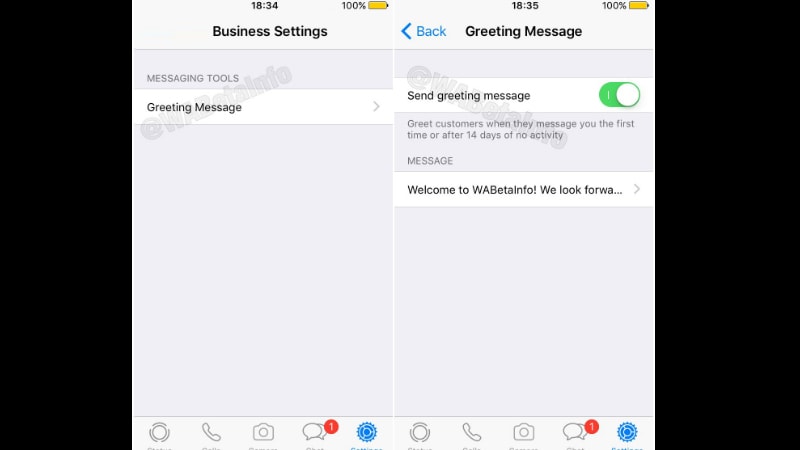 WhatsApp is set to get many new features like group video calling and third-party stickers in the near future, but for now leaks indicate a separate set of features in the offing very soon. Fresh leaks hint that work on the WhatsApp iOS Business app has finally begun. The recently launched business-oriented service for small businesses was started by the company in January for Android users only. Separately, WhatsApp’s latest Android beta version hints that the company has registered a new domain name called wa.me, a short link for api.whatsapp.com, and it opens a chat automatically without the help of the app in the browser.

WABetaInfo claims that the company has started work on the iOS Business app, something that many users have been asking for ever since the launch of the Business app for Android users. The work is still in its initial phase, and there could be a long wait before the final release.

As spotted by the tipster, WhatsApp is working on enabling the ‘Greeting Message’ feature that sends an automatic message to new customers, or after 14 days of no activity with a customised message. Many features like Labels and Quick Replies are missing in the work-in-progress iOS Business app, and it’s likely that WhatsApp won’t release it till the iOS Business app has all the features that counterpart Android Business app has.

WhatsApp for Android (beta) has also been updated to version 2.18.138. According to WABetaInfo, the latest update reveals that the company may have registered for a new domain called wa.me. This domain is a shortlink for api.whatsapp.com, and it can be used to quickly open a chat in WhatsApp. Just type https://wa.me/(phone number) of the concerned person, and you will automatically be directed to that chat.

Every time you use wa.me, WhatsApp checks if you are trying to open a chat with an existing WhatsApp user. If the user isn’t on WhatsApp, it will throw an error message instead. The latest beta version also brings a new feature called ‘Top Emoji’ that puts the most used emojis right on top of the emoji board.

At the F8 annual keynote, Facebook CEO Mark Zuckerberg revealed that WhatsApp’s Status feature is being used by over 450 million people worldwide. WhatsApp for Business, the recently introduced service targeting business, already has 3 million users worldwide, and its availability on iOS will only increase its reach further.