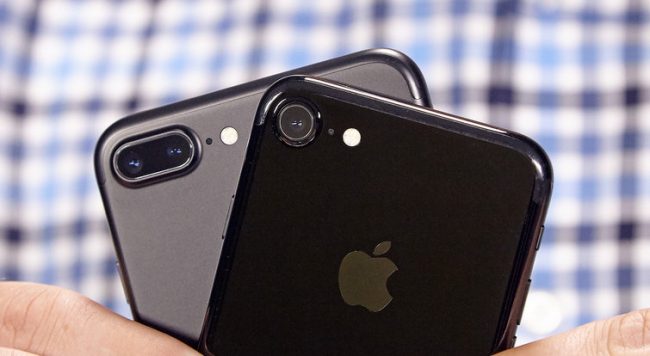 Apple has apparently acknowledged a problem with its iPhone 7 and iPhone 7 Plus models that’s causing the speakerphone on those handsets to stop working.

In an internal memo sent to Apple’s Authorized Service Providers, the company said that some iPhone 7 and iPhone 7 Plus owners running iOS 11.3 or later have complained of a grayed-out speaker button when they place calls. When they try to tap the button, they find they can’t convert the call to a speaker call, forcing them to use the earpiece.

The memo, which was obtained by Apple-tracking site MacRumors, walks the resellers through the process of how to address the problem. It first requests that customers disconnect or turn off any Bluetooth-connected devices. If that doesn’t work, the resellers will need to run audio diagnostics. If the smartphone returns an error like, “device could not detect dock” or “accessory not supported,” the iPhone can be repaired.

According to the memo, the problem only appears to affect iPhone 7 and iPhone 7 Plus models that are running iOS 11.3 or later. So if you haven’t yet updated to the software to iOS 11.3 or later and you still have an iPhone 7 or iPhone 7 Plus, you should be good to go. If you have, however, and your speakerphone is working, bringing it to an Apple Store or authorized reseller seems like your only recourse if the Bluetooth disconnection doesn’t work.

MORE: iPhone Rumors: What to Expect from Apple’s Next Phone

According to MacRumors, the memo asks that service providers find out whether the iPhone is under warranty. If it’s not, the resellers can request Apple allow them to fix the problem despite there not being a warranty. MacRumors says that the memo doesn’t refer to whether the repair would be free, but since it’s no fault of the customer’s, it’s likely it would be.

To be clear, Apple itself has not announced that there’s a problem with the iPhone’s speakerphone function and while MacRumors claims to have verified the support memo, there’s no way to actually verify it unless you bring an iPhone 7 down to an Apple Store or authorized reseller. Apple might also acknowledge the problem publicly at some point.

But if you’re on the lookout for a fix to the speakerphone problem, now’s the time to head down to a local Apple Store or reseller to try your luck.