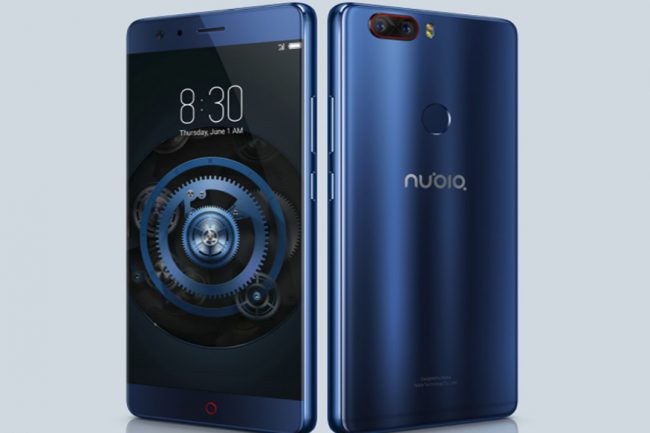 Technology has been continually evolving and smartphones have come a long way from being used only for calling or checking e-mails. Chinese smartphone manufacturers like OnePlus, Vivo, and Oppo have upped the ante in the ever-growing Indian smartphone market in the past few years.

With the launch of OnePlus 3 in 2016 in India began the frenzy for phones with big RAMs – ZTE Nubia is the latest brand to launch a smartphone in China with a whopping 8GB RAM. Samsung has also joined the bandwagon by launching the flagship Galaxy S8+ with 6GB of RAM and 128 GB internal storage in India recently.

We bring you a list of forthcoming smartphones with 8GB of RAM.

ZTE Nubia Z17 with a whopping 8GB of RAM and the latest Qualcomm Snapdragon 835 chipset has been introduced in China last week. Nubia launched the new Z17 at an event in Beijing, China at a price of Yuan 3,999, which is roughly Rs 37,000.

The much-talked about OnePlus 5 is set to launch globally on June 20 and will be introduced in India on June 22. The smartphone has been spotted in benchmarks with 8GB and 6GB of RAM.

The company bust rumours about vertical dual cameras at the rear and stated there is a horizontal dual camera setup on the OnePlus 5. The Chinese smartphone maker has been focussing on the camera, which is evident from an official image released on Twitter.

Other rumoured specifications of the upcoming OnePlus 5 include a 5.5-inch display, a 23MP primary camera and a 16MP front snapper. It is expected to pack in a 4,000mAh battery.

A Xiaomi Mi 7 concept shows that the smartphone would feature a 21MP primary camera and could have 6GB or 8GB of RAM.

Other rumoured specs of Mi 7 include a 5.7-inch ultra HD 4K IPS LCD display and Qualcomm Snapdragon 830 chipset. The device could have a 3500mAh battery as well.

Galaxy S8 and S8+ gave some respite to South Korean tech major Samsung that suffered a major dent due to the Note 7 fiasco last year. The company’s next note – the Note 8 is rumoured to come with a whopping 8GB of RAM and 5.7 inch full HD super AMOLED display.

Other rumoured specs of Note 8 include an Iris scanner and front-mounted fingerprint sensor.

The device could also feature a dual 13MP primary camera with dual-LED flash.

It has not being long that Taiwanese smartphone maker HTC launched its flagship U11. The device will be unveiled in India on June 16 at an event.

Weibo carried a report that suggested that HTC 11 will feature a 5.5-inch Quad HD (QHD) screen with a resolution of 2560 × 1440 pixels. This means the next flagship from HTC will come with a bigger screen size than the 5.2-inch FHD panel used on the HTC 10.

The leak also suggests that HTC 11 could feature 8GB of RAM and 256GB of internal memory as well.

The HTC 11 is speculated to come with an improved battery as well. The rumoured 3,700 mAh battery will be much bigger than the 3,000 mAh battery used in the HTC 10.