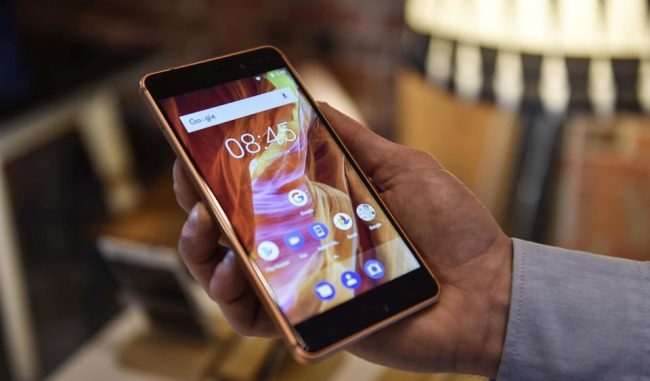 HMD Global, which holds the global rights to market the iconic Nokia brand, today unveiled three smartphones in the Indian market that will compete with the likes of Samsung and Apple.

The Android-based devices will be available from June 16, priced Rs 9,499 onwards.

“Nokia is a people’s brand and has had a phenomenal legacy. The brand is based on reliability and trust and that is what the new smartphones promise to deliver,” Nokia India Vice-President Ajey Mehta told reporters here.

Last month, HMD had introduced its iconic 3310 feature phone in a new avatar in India.

HMD has an exclusive 10-year brand licensing agreement with the Finnish telecom giant for mobile phones and tablets globally.

Nokia 3 and Nokia 5 smartphones will be available only in retail stores for Rs 9,499 and Rs 12,899, respectively. Nokia 3 will be available from June 16 while Nokia 5 will be up for grabs for pre-booking from July 7.

“These phones are based on three principles — real life experience, world-class design and regular Android updates that ensure we continue to deliver on the promise of quality and reliability that Nokia is known for,” said Pranav Shroff, Nokia Director Global Portfolio Strategy and Planning.

In India, HMD has partnered with 400 exclusive distributors reaching over 80,000 retail points.

India is one of the fastest growing smartphone markets globally. As per IDC, According to research firm IDC, sales grew 4.7% to 27 million units in January-March 2017 compared to the previous quarter.

Previous Nokia smartphones were based on Microsoft Windows operating system.

In 2014, US-based Microsoft had acquired Nokia’s handset business for $ 7.2 billion.