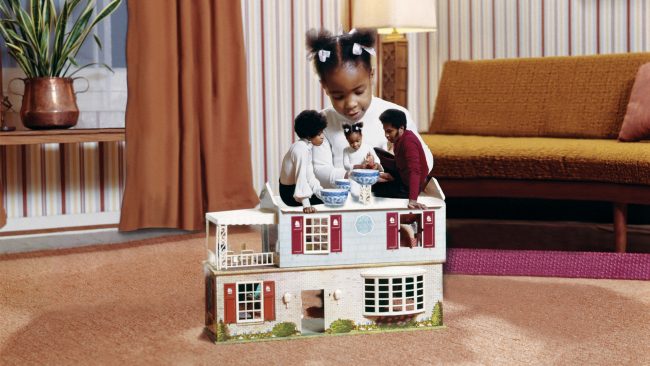 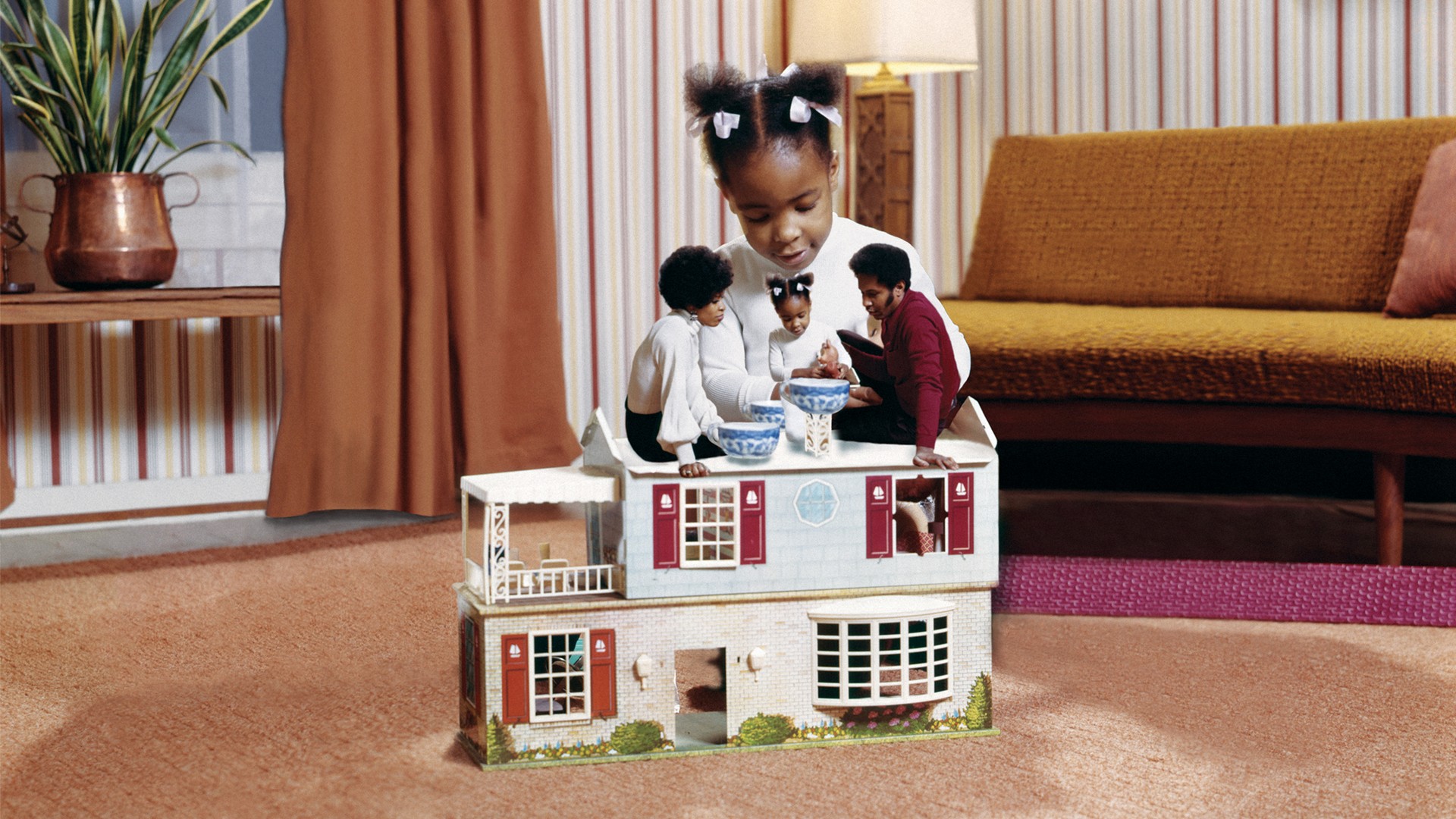 The scene is one many of us have somewhere in our family history: Dozens of people celebrating Thanksgiving or some other holiday around a makeshift stretch of family tables—siblings, cousins, aunts, uncles, great-aunts. The grandparents are telling the old family stories for the 37th time. “It was the most beautiful place you’ve ever seen in your life,” says one, remembering his first day in America. “There were lights everywhere … It was a celebration of light! I thought they were for me.”

The oldsters start squabbling about whose memory is better. “It was cold that day,” one says about some faraway memory. “What are you talking about? It was May, late May,” says another. The young children sit wide-eyed, absorbing family lore and trying to piece together the plotline of the generations.

After the meal, there are piles of plates in the sink, squads of children conspiring mischievously in the basement. Groups of young parents huddle in a hallway, making plans. The old men nap on couches, waiting for dessert. It’s the extended family in all its tangled, loving, exhausting glory.

This particular family is the one depicted in Barry Levinson’s 1990 film, Avalon, based on his own childhood in Baltimore. Five brothers came to America from Eastern Europe around the time of World War I and built a wallpaper business. For a while they did everything together, like in the old country. But as the movie goes along, the extended family begins to split apart. Some members move to the suburbs for more privacy and space. One leaves for a job in a different state. The big blowup comes over something that seems trivial but isn’t: The eldest of the brothers arrives late to a Thanksgiving dinner to find that the family has begun the meal without him.

“You cut the turkey without me?” he cries. “Your own flesh and blood! … You cut the turkey?” The pace of life is speeding up. Convenience, privacy, and mobility are more important than family loyalty. “The idea that they would eat before the brother arrived was a sign of disrespect,” Levinson told me recently when I asked him about that scene. “That was the real crack in the family. When you violate the protocol, the whole family structure begins to collapse.”

As the years go by in the movie, the extended family plays a smaller and smaller role. By the 1960s, there’s no extended family at Thanksgiving. It’s just a young father and mother and their son and daughter, eating turkey off trays in front of the television. In the final scene, the main character is living alone in a nursing home, wondering what happened. “In the end, you spend everything you’ve ever saved, sell everything you’ve ever owned, just to exist in a place like this.”

“In my childhood,” Levinson told me, “you’d gather around the grandparents and they would tell the family stories … Now individuals sit around the TV, watching other families’ stories.” The main theme of Avalon, he said, is “the decentralization of the family. And that has continued even further today. Once, families at least gathered around the television. Now each person has their own screen.”

This is the story of our times—the story of the family, once a dense cluster of many siblings and extended kin, fragmenting into ever smaller and more fragile forms. The initial result of that fragmentation, the nuclear family, didn’t seem so bad. But then, because the nuclear family is so brittle, the fragmentation continued. In many sectors of society, nuclear families fragmented into single-parent families, single-parent families into chaotic families or no families.

If you want to summarize the changes in family structure over the past century, the truest thing to say is this: We’ve made life freer for individuals and more unstable for families. We’ve made life better for adults but worse for children. We’ve moved from big, interconnected, and extended families, which helped protect the most vulnerable people in society from the shocks of life, to smaller, detached nuclear families (a married couple and their children), which give the most privileged people in society room to maximize their talents and expand their options. The shift from bigger and interconnected extended families to smaller and detached nuclear families ultimately led to a familial system that liberates the rich and ravages the working-class and the poor..