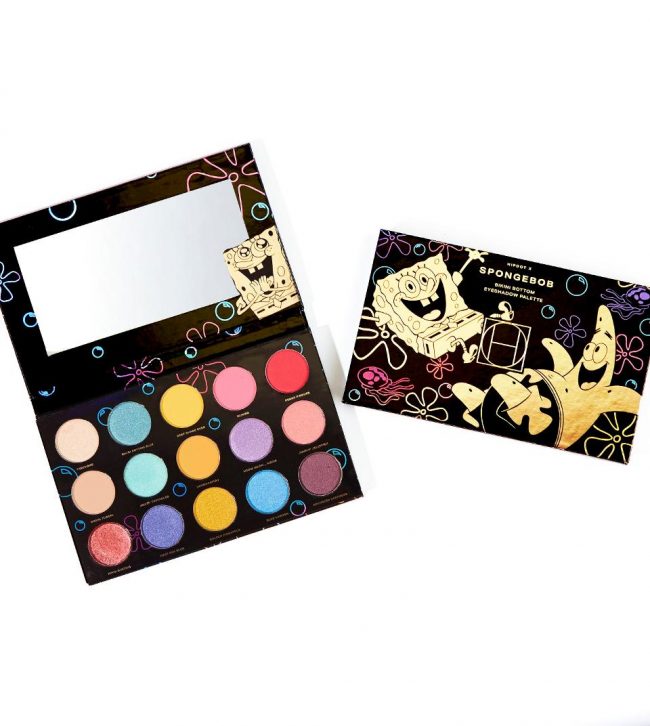 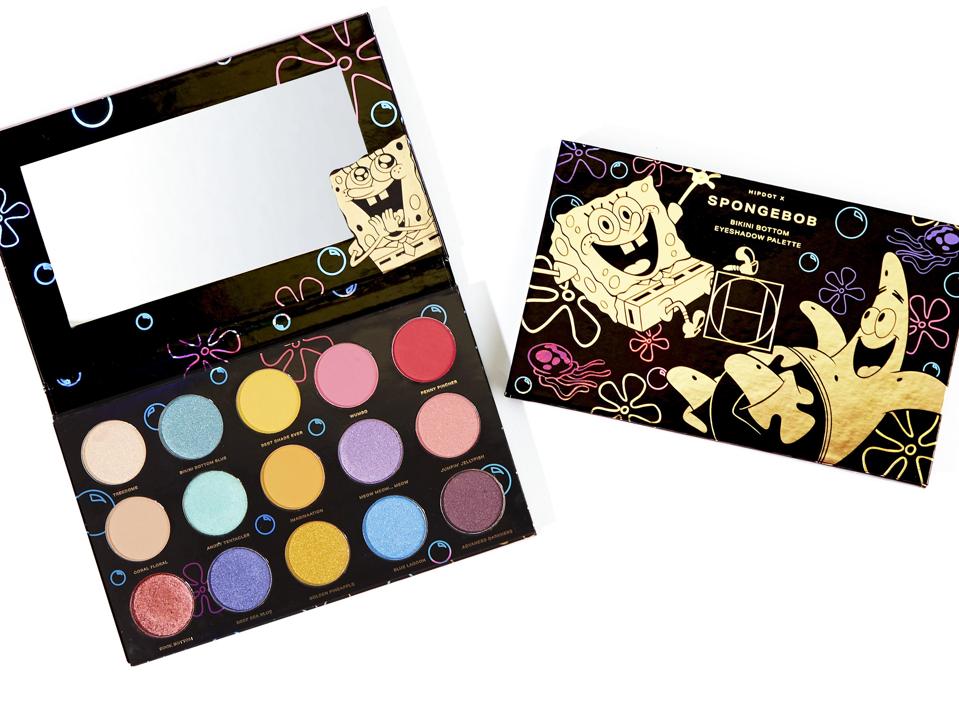 When you think about beauty influencers, you probably don’t think of SpongeBob SquarePants.

This won’t be the case for much longer, however, as the cartoon character has an exclusive line of direct-to-consumer beauty products rolling out, thanks to a new partnership with HipDot Studios.

The HipDot Studios SpongeBob line will offer premium beauty products inspired by characters and will feature a palette, blush bronzer, lip glosses, and face masks that play on the iconic colors of the show.

This launch comes along with the introduction of HipDot Studios, a platform which helps influencers create and launch their own beauty brands. Founded by Jeff Sellinger, Sam Lim, and Mo Winter, this startup recently raised $2.5 million in funding from Founders Fund, Foundation Capital and Ludlow Ventures and brings together a team with experience at beauty brands like Milk Makeup, Kat Von D Beauty, and Lorac.

As part of the platform’s launch, they chose pop culture icon SpongeBob SquarePants as their first influencer partnership.

Why SpongeBob? Why not to partner with an influencer or celebrity who was already embedded in the beauty community? Also: He’s a cartoon character…who doesn’t wear makeup.

Sam Lim, one of HipDot’s Co-founders and Chief Creative Officer, shared that SpongeBob actually did wear makeup once on the show. “True fans will remember the episode where he wears a sheer blue lipstick called ‘Coral No. 5,’ which we made as part of our lip gloss trio,” she explained.

The rest of the collection, however, is less about actually looking like SpongeBob and more about the ethos of the show, which focuses on imagination, joy, and creativity.

Born from a relationship between HipDot Studios and Viacom Nickelodeon Consumer Products, the two companies saw a unique opportunity for synergy and a chance to leverage a recognizable figure with a well-established brand that was also celebrating its 20th anniversary.

“SpongeBob has influenced everything from fashion to art to the Internet over the past two decades, so it makes sense for him to take over the beauty world as well,” said Priya Mukhedkar, Vice President of Packaged Goods at Viacom Nickelodeon Consumer Products.

Buzz is also something SpongeBob has that the brand wanted to tap into. Lim shared that their research showed SpongeBob is mentioned every four seconds on social media and has a social fan base of almost 120 million people, two-thirds of which are over the age of eighteen.

But that’s not all. When the HipDot team did a social listening analysis and cross-checked both celebrities and influencers in the beauty community, they found many had posted about SpongeBob within the past year.

“SpongeBob is also garnering quite a bit of ‘cool kid’ street cred for himself lately,” Lim said. “A SpongeBob KAWS painting just sold for $6 million, Vogue put SpongeBob in the background of Kim Kardashian’s shoot, and Travis Scott featured him during his halftime show at the Super Bowl.”

It wasn’t just social mentions that solidified the partnership, however. Studying memes has also been a large part of the platform’s launch strategy. HipDot found that memes are one of the most popular ways fans interact with SpongeBob, and utilizing a custom meme campaign presented a way for them to virally extend their target audience.

Tapping into the power of memes as a form of advertising isn’t a new idea, but it does appear to be an effective new way to connect with audiences. From a scientific perspective, research shows memes help make ideas and marketing campaigns more “sticky” or memorable, thus making it a wise approach, especially considering SpongeBob’s existing popularity within modern meme culture.

So what’s ahead for this new platform after the SpongeBob product launch? HipDot Studios plans to partner with more influencers, both human and virtual, to roll out additional beauty product lines.

The fee structure for these partnerships will be organized as licensing deals, but in some cases they may be constructed as joint ventures.

“Specific deal terms are always confidential, but the opportunity to create a new brand can often provide far more upside than what influencers are being paid for social marketing or traditional endorsement deals,” said Jeff Sellinger, Co-founder and CEO at HipDot Studios. “Why take a check for a few million dollars when you can create a brand potentially worth hundreds of millions?”

As the platform is just rolling out, it’s still too soon to tell how fruitful these partnerships will be. However, looking to success stories of top influencers like Kylie Jenner launching thriving, multi-billion dollar beauty brands, it does pose an interesting avenue for beauty influencers to explore.