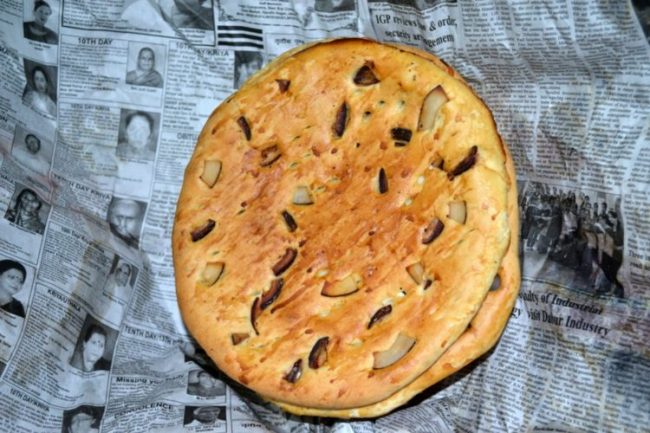 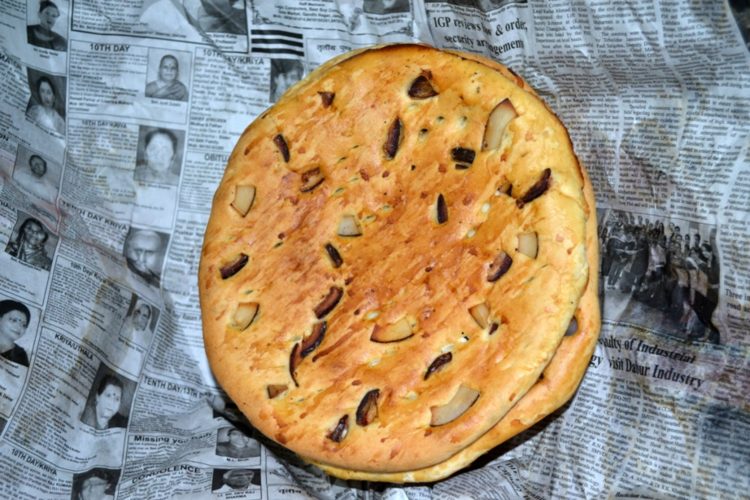 Kashmiri cuisine much like the valley itself spells a mystic charm that commands an attentive eye to understand it’s true beauty. Much has been said about the meaty fair of Kashmiri cuisine, be it the robust roghan josh or kebabs, the soothing curries or the delicious sweetmeats; however, not many of us know much about the Kashmiri breads. Breads are an intrinsic part of Kashmiri cuisine. According to Masterchef India 2016 contestant Chef Sadaf Hussain, “Both bakers and breads are given immense importance. In Kashmiri language, the baker is called a Kaandar/kandur. Bread is an integral part of social customs, too – engagements or weddings. There are many types of traditional breads like chot, katlam, kulcha, lavaas and the likes.” One such special kind of bread from the valley is roth or roath. The sweet bread with a cake like texture is baked in traditional tandoor and is topped with dry fruits. Now, you may wonder what is so special about the bread, one can easily find similar sweet breads or cakes across the country? But, we are sure that not all of them play an intrinsic part in post wedding rituals, do they? Roath is part of several festive and celebratory occasions and one of its most common use, is announcing the arrival of “new bride” in the neighbourhood.

Eminent food write Marryam H. Reshii tells us, “roath is a cross between a bread and a cake and though there are many recipes. It is essentially a bread baked in a flat baking tray, so it is not more than an inch in height. The roath is usually mildly sweet and studded with raisins, almonds and khus khus.”

The Tradition Of Roath Khabar

In an age where you can reach out to person sitting 5 continents away in 5 minutes, the custom of roath khabar is a reminder of an era when things were much more simpler and intimate.

Marryam tells us, roath is associated with all things sweet and happy, “If they are meant for khabar (to accompany an announcement), their taste and richness is of paramount importance in a state, where making a good impression is a top priority. When my father-in-law had a triple bypass surgery in Delhi and we wanted to give thanks, we ordered a roath from our neighbourhood kandur in Delhi and his roath was the best any of us had ever eaten.”

“When both my co-sisters-in-law came to live in our house after their marriages to my two brothers-in-law, they brought baskets of roath with them, that we had to go from house-to-house in our locality, distributing to the neighbours and telling them that the new bride had arrived. They would all then take it as a sign that they could come visiting to ‘see the bride’, “she added speaking of the unique Kashmiri wedding ritual.

She also told us that a similar occurrence takes place when a baby is born. Freshly baked roath is sent around in the neighbourhood to know that they can come visiting with a small token of cash for the baby.

Amongst the exchange of gifts one of the most unique custom in a quintessential Kashmiri wedding is of roath khabar. Post the wedding, bride’s parents send out the freshly baked bread to the bride’s new house. The bread baked fresh and topped with khus-khus, dry fruits, nuts and and laced with silver varq. ” The bread is distributed amongst the bride’s in-laws and relatives. Nowadays, there are many bakeries who could bake the special bread/cake on requests and pack wrap them in cute boxes to be sent around in neighbourhood. The roath is often accompanied with ‘a bowl with a mix of sugar crystals, dry fruits and nuts,” noted Chef Sadaf.

Chef Sadaf also tell us an interesting legend behind the tradition, “It is said that in old days when the bride had to travel (her in-laws’ place) a long way and conveyance was not as advance as it is now. The parents could rest assured that their daughter and their son-in law had something to eat alongside. Of course, these tales are all hearsay. But, custom of roath khabar definitely signifies the bond of love, affection and new beginnings.”

While the tradition may have managed to survive in its own reinvented ways, the same cannot be said about the traditional bakeries making roath. Marryam tells us, “upto 1991, Hazratbal was surrounded by bakers who used to keep roath, but now only one baker that makes roath. A friend recently ordered 40 roath from Jee Enn Bakery that he said were very delicious.”

The next time you are in a Kashmiri wedding do stay back and have a bite of this delicious bread. We are sure it is going to love it.