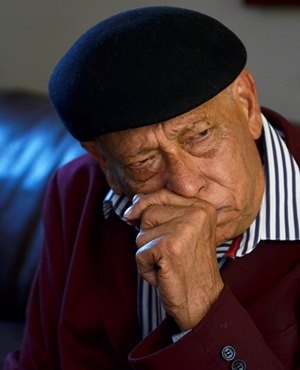 A photo of Piet Byleveld taken just hours hours before he was admitted to hospital. (Elizabeth Sejake, Rapport)

Johannesburg – The family of the late Piet Byleveld says that while he was a ‘top cop’ to South Africa and the world, to them he was so much more.

“He was the best husband, father, brother, grandfather and friend. He will be dearly missed. Right now, life without him is unimaginable and his space will be empty.”

Byleveld, 67, died on Wednesday afternoon at the Life Wilgeheuwel clinic.

He was surrounded by his closest family at the time of passing.

Byleveld, otherwise known as Piet Byl, had been sedated since last Sunday, and on Monday doctors stopped all treatment.

Byleveld had stage four cancer in both lungs, and it reportedly spread to his spine, adrenal gland and liver.

He retired in 2010 after spending 38 years in service with the police. He was involved in several high-profile cases, including that of Leigh Matthews, Sibille Zanner and Sheldean Human. He was also responsible for the arrest of serial killers Cedric Maake and Lazarus Mazingane.

The family thanked his doctors, the staff at the hospital and the public for their support.

“Please know that your love and admiration gave Piet strength right to the end. We ask that the family be afforded space and time to mourn and prepare for the final farewell.”

Funeral arrangements would be announced in due course.