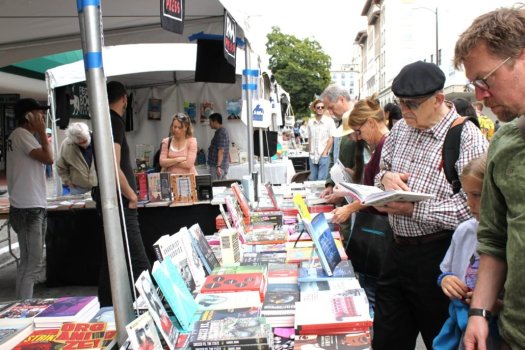 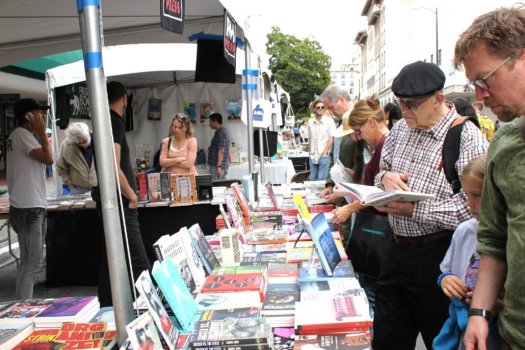 BERKELEY — The Bay Area Book Festival, now in its third year, is a two-day indoor-outdoor festival centered around Civic Center Park and adjacent blocks that will tap right into the area’s book-loving spirit.

Throw in the festival atmosphere of literary-themed exhibitors, outdoor stages, children’s activities and smoothies made from imperfect produce and there’s little doubt the festival will have something for every literary focus.

Festival founder and executive director Cherilyn Parsons wanted to create something that would benefit both sides of the literary equation.

“Publishers love the Bay Area because we have such avid readers; it’s known as a readers’ paradise and it has really borne out in launching this book festival,” she said. “The city of Berkeley was especially welcoming, downtown was eager to have us, the university became a partner. It has been such an intellectual hub and I wanted to give the East Bay its own international, world class literary festival.”

Among the featured speakers are Nisi Shawl, Michael Krasny, Michael Chabon and Scott Turow. The 100 literary sessions include panels, interviews, keynotes and performances in downtown auditoriums and theaters. Though the emphasis is on writers and books that promote social justice, sanctuary, inclusion, freedom of expression and environmental sustainability, other authors and sessions will focus on culture, the environment, mystery/crime/thriller, science fiction/fantasy, women/gender, food and more.

As in past years, the festival will present a robust list of international writers; this year 25 writers come from 13 countries outside the United States.

With so much on offer it’s a good idea to approach attending the festival with a game plan. Parsons suggests going to the website, looking at the schedule and marking what you’re interested in, with either a general approach or focusing in on a specific category.

For instance, going to ‘women and gender’ provides a list of all the events on that topic. The same process can be used for the 17 other categories.

One $15 pass/wristband admits you to all indoor sessions but $8 individual tickets are also on sale for specific events.

“My advice is to purchase a few tickets for events you’d really like to go to and then if there’s more time in your schedule, get a wristband and cruise around to a couple of other events,” she said. “Allow enough time to get from one session to the next and make sure you arrive at least 10 minutes before it begins, even if you have a ticket.”

Outdoor events are free and include the San Francisco Chronicle Stage in the Park and the Street Fair exhibitors, described by Parsons as a “wonderful literary cornucopia all in one place”.

Independent bookstores, small publishers, publications, authors, The Economist with its offering of free ‘imperfect produce’ smoothies and several ice cream vendors, will all be there.

Last year, when BAM/PFA opened its downtown location, Parsons decided to create a film series. That continues this year with screenings of 10 films having something to do with books or literature.

“It’s a really creative series and we’ve gotten attention nationwide for programming it. If you want to get out of the crowds at the festival it can be really nice to go to one of these films,” she said.

The festival will provide ways to interact with writers, ask questions, hear about the process of creating books and what it meant to them, and hear issues in the book discussed more deeply.

Parson said books have the potential to alter lives, by providing windows into other worlds, to new ways of being and to new opportunities.

“By writing a book, a writer is assuming that things can be changed, that people want to learn, grow and explore. Today, I think more than ever, we need to grasp onto a sort of hope for understanding each other,” she said.

“Books are a terrific pathway for social change so I guess I want this festival to celebrate the best in literature, but also for all of us to collectively come together, open ourselves to and celebrate the power of books for personal and social change.”