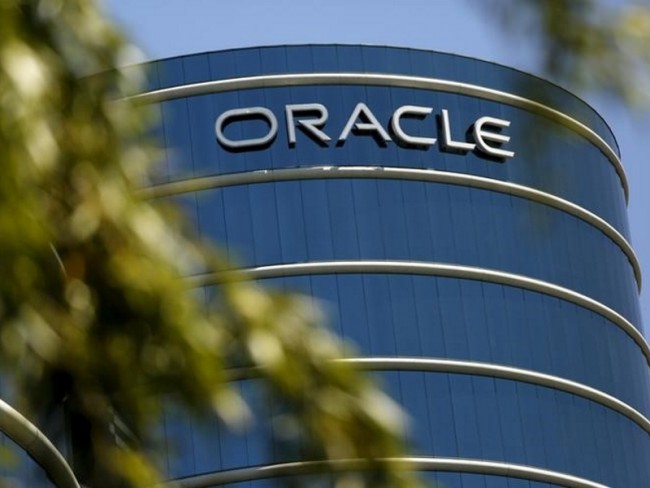 Oracle Corp reported a higher-than-expected quarterly profit as its cloud business continued to gain momentum, and the company said it was boosting its stock buyback program by $10 billion.

Oracle has been investing aggressively in its Internet-based software business over the last few years in a bid to take market share from rivals such as Salesforce.com Inc and Workday Inc.

“Our cloud business is now in a hyper-growth phase,” Safra Catz, Oracle’s co-chief executive, said in a statement.

Revenue from Oracle’s cloud-computing software and platform service, a closely watched metric, rose 57 percent to $583 million, accounting for about 6 percent of total revenue for the fiscal third quarter ended Feb. 29.

Oracle said it added 942 customers for its cloud software service in the quarter, including several who switched from Workday.

“Overall, we believe these results highlight how ORCL’s cloud business is reaching an inflection point, after multiple quarters of seemingly ‘kicking the can,'” BTIG analyst Joel Fishbein said in an e-mail.

“It’s pretty surprising how quickly the license revenue is falling. … There is a lot that Oracle still has to prove,” Wedbush analyst Steve Koenig said.

The company is also facing competition from Microsoft Corp, which unveiled a database software that works with a rival to its Windows operating system last week, taking aim at a market Oracle dominated.

For the current fourth quarter, Oracle forecast adjusted profit between 82 and 85 cents a share, and estimated total revenue would range from a 2 percent fall to up 1 percent, on a constant currency basis.

Analysts on average, were forecasting a profit of 82 cents per share, according to Thomson Reuters I/B/E/S.

The company said revenue for its cloud-computing software and platform service would grow between 57-61 percent compared with a year earlier.

Net income fell 14 percent to $2.14 billion, or 50 cents per share, in the quarter, hurt by a stronger dollar.

Excluding items, the company reported a profit of 64 cents per share.

Analysts on average had expected a profit of 62 cents per share on revenue of $9.12 billion, according to Thomson Reuters I/B/E/S.

Oracle’s shares were trading at $40.29 after the bell.