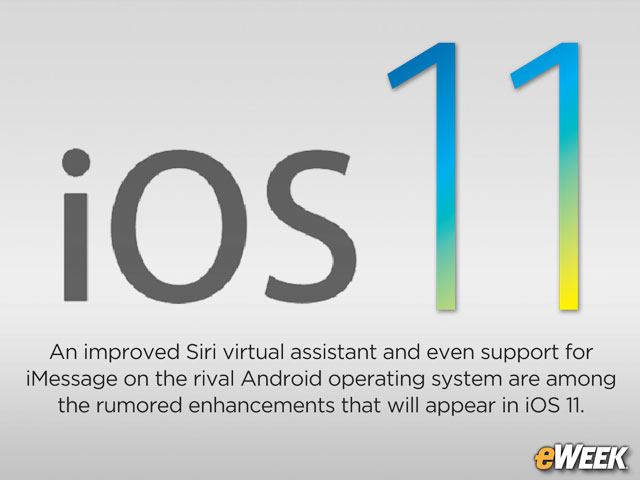 Many of the rumors surrounding Apple’s plans for 2017 have centered on the next iPhone and what hardware the company might have planned for the smart home. But over the past few days, mobile market observers have turned their attention to the possible features in the next iteration of Apple’s iOS. The next version of Apple’s mobile operating system is likely to be introduced at the Worldwide Developers Conference (WWDC) in June and could include several improvements including an indoor mapping feature, a dark mode for use at night and enhancements to the Siri virtual assistant. There’s even talk that Apple has warmed up to Android enough to allow users to send text, photos and video messages to Android devices via iMessage. Of course, Apple hasn’t commented on its plans and won’t until it’s ready to unveil the operating system later this spring. But if the current rumors are true, Apple’s iOS 11 will include some significant improvements over iOS 10. Take a look at this slide show to learn more about the features that may show up in iOS 11.

Don Reisinger is a freelance technology columnist. He started writing about technology for Ziff-Davis’ Gearlog.com. Since then, he has written extremely popular columns for CNET.com, Computerworld, InformationWeek, and others. He has appeared numerous times on national television to share his expertise with viewers. You can follow his every move at http://twitter.com/donreisinger.
[“source-ndtv”]