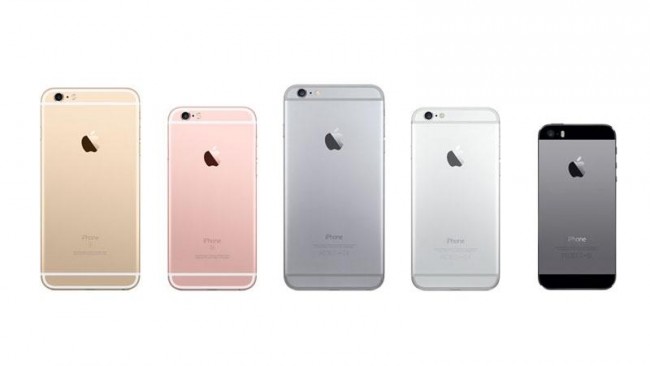 Where are Apple’s iPhone, iPads and Macs made? And why don’t they assemble their products in the US?

In early 2016, there was a lot of tech-press buzz around the then US presidential candidate Donald Trump’s eye-catching vow to force Apple to make its computers in the US. (In fairness it’s not just Republicans who go in for this kind of thing, even if other politicians might adopt a more diplomatic approach. Less than three years ago Apple was praised by Barack Obama for agreeing to start making more of its Macs domestically.)

Aside from raising questions regarding Mr Trump’s motives and credentials, this also made a lot of people curious about the actual location of Apple’s manufacturing and assembly plants. How much of an iPad, for example, is actually made in the United States? And how many of the components with in your average Apple devices are produced under the company’s own brand? Who really makes the iPhone? How is the iPhone made?

Those are just some of the questions we’ll be answering in this article, as we explore the supply chain for a Mac, iPhone or iPad and look at the various places each of these products is designed, built and assembled – and why. Hopefully you, and Donald Trump, will find the answers illuminating.

Updated 25 January: In November, Donald Trump spoke directly to Tim Cook, CEO of Apple, to discuss bringing the manufacturing back to the USA. Trump is looking to provide ‘very large tax cuts for corporations’. As reported by our US colleagues at Macworld the Mac Pro is already assembled in the USA, but that is also the least-selling product that Apple make. We don’t see Apple moving all its manufacturing to the USA, but might have to move a part of it during Trump’s presidential reign.

Now, as Donald Trump becomes President of the United States, he has revealed that he expects Tim Cook to bring more manufacturing to the US, potentially even for the next iPhone. In an interview with Axios, Trump said that Tim Cook has his “eyes open” to making the iPhone in the US.

And it’s not just iPhones: Foxconn is reportedly considering setting up a flatscreen display factory in the US that would cost $7bn. If it goes ahead it could create 30,000 to 50,000 new jobs, though these are plans that have been on the table since 2014. Chairman Terry Gou has said that for the move to be viable Foxconn would need substantial government help in terms of access to cheap land and power.

Where are Apple products made: Apple, Foxconn and the supply chain

Before diving into where the origins of individual parts within Apple products, we have to look at the overarching picture: Apple’s supply chain, which has come under some scrutiny recently from a report by Amnesty International and Afrewatch that outlines child labour fuelling the manufacturing process of smartphone batteries found in Apple’s products.

The biggest difference Apple has from other manufacturers is that it sources its materials and components from other manufacturers that operate throughout the globe. For example, its displays are mainly made in Japan by Japan Display and Sharp, and some are still made in South Korea by LG Display; whilst the Touch ID sensor found in its recent iPad and iPhone models are made in Taiwan by TSMC (Taiwan Semiconductor Manufacturing Company) and Xintec. In fact, Apple’s list of suppliers stretches to more than 200 various suppliers located throughout the world.

This brings up a lot of interesting facts about Apple’s supply chain, where it has to manage a huge number of suppliers and funnel their work into a single device. This is what makes Apple a fascinating company to research and understand. In order for it to operate economically, it has to source parts from various different countries and continents, manufacture and assemble the parts in another, have warehouses located around the world to supply enough devices for the whole world and finally be able to distribute it to its customers at a reliable speed.

Whilst thinking about the complex supply chain, it’s interesting to work out why and how parts from around the world come together in perfect harmony to create one of the most iconic brands of our time.