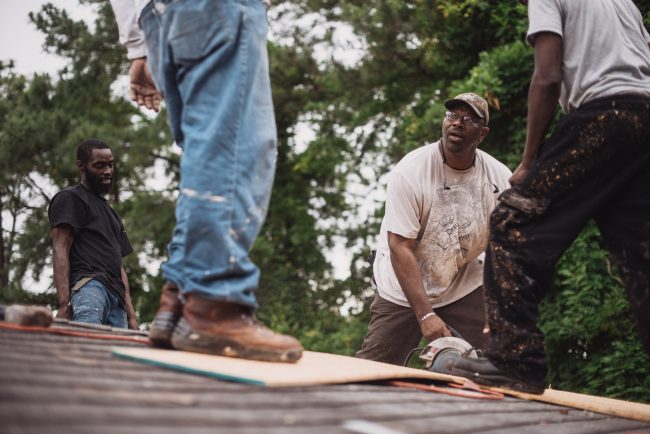 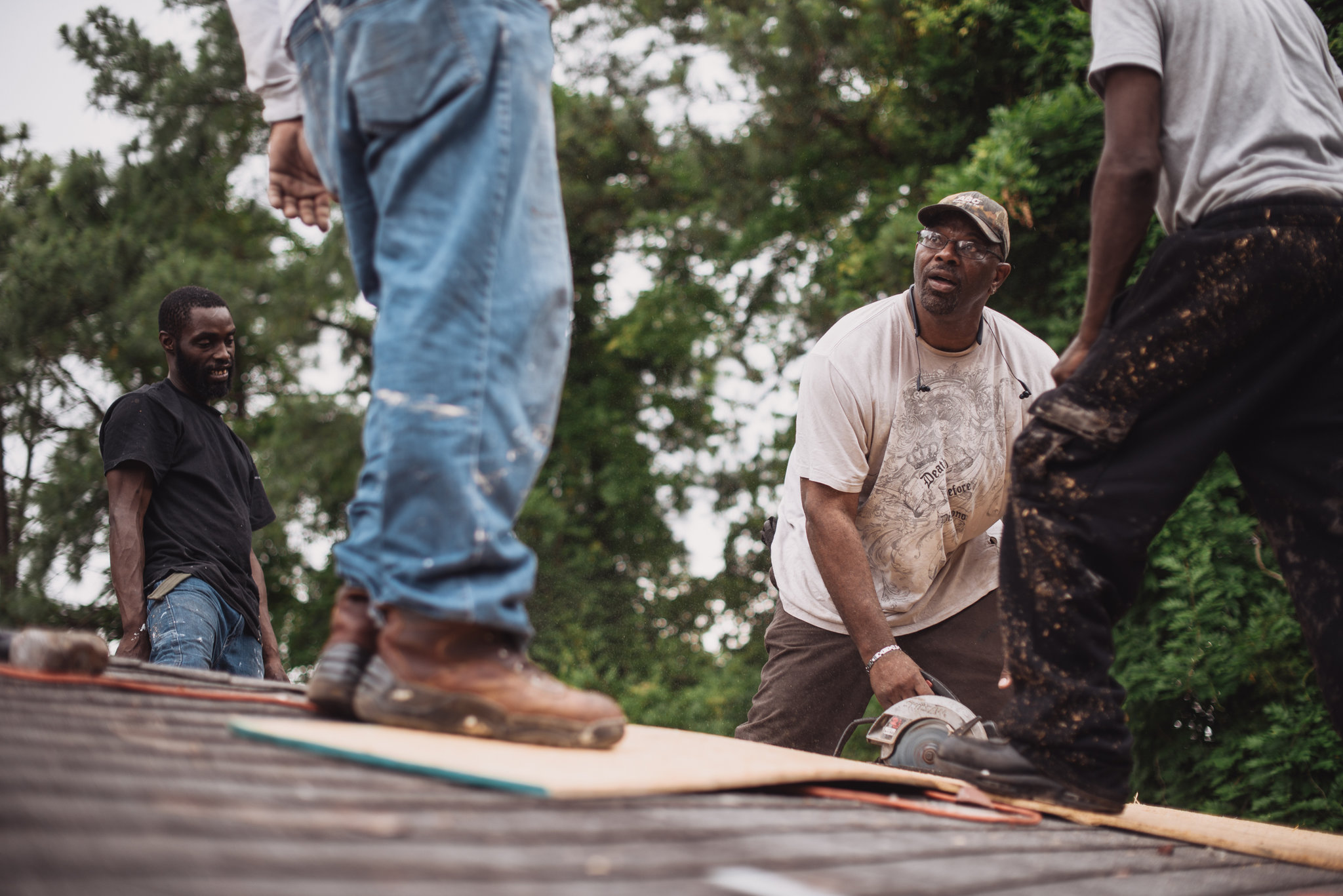 ASHEVILLE, N.C. — Jane and Abe Goren retired here five years ago to escape the higher cost of living they had abided for decades in the suburbs of New York City. They did not anticipate having to write monthly checks for health insurance that would exceed their mortgage and property taxes combined.

Ms. Goren, 62, is paying nearly $1,200 a month for coverage through the individual insurance market (her husband, 69, is on Medicare) and accumulating enough debt that her sons recently held a fund-raiser to help. For next year, her insurer, Blue Cross and Blue Shield of North Carolina, has proposed raising premiums by an average of 22.9 percent, a spike it is blaming squarely on President Trump.

For months, the Trump administration has threatened to stop billions of dollars in payments that lower out-of-pocket medical costs for nearly six million low-income patients. Mr. Trump’s hedging has created deep uncertainty in the Affordable Care Act markets, the impact of which may become clearer on Wednesday, the deadline for insurers to say whether they plan to sell next year on the federal marketplace created under the health law and to file rate requests.

North Carolina has more than 300,000 people benefiting from these “cost-sharing” subsidies, which reimburse insurers for absorbing the deductibles and co-payments of low-income customers. The Affordable Care Act requires that these customers’ out-of-pocket costs be lowered one way or another. If the federal government stops reimbursing insurers, many insurers have said they will make up for it by raising premiums.

Paradoxically, that will primarily hurt not poor customers but millions of middle-class people like the Gorens, who earn too much to qualify for premium assistance under the law and will bear the full brunt of any rate increase.

Across the nation, individual market customers like them are seeing signs of big premium increases, which insurers are largely attributing to the possibility of losing the federal cost-sharing subsidies and of Mr. Trump’s not enforcing the health law’s mandate that most people have coverage or pay a penalty. Mr. Trump has repeatedly pointed to such increases as signs that the markets are in “a death spiral” and to bolster support as the Republican Senate leadership rushes to vote on a bill to repeal and replace the Affordable Care Act next week.

Pennsylvania’s insurance commissioner said rates would rise by 8.8 percent next year if the cost payments continue; if Mr. Trump ends them, rates will soar by 36.3 percent. While some insurers and state regulators have discussed limiting the sharpest increases to plans for people who receive premium subsidies — allowing unsubsidized customers to get lower rates outside the marketplaces — it remains to be seen how widespread such actions would be.

Some insurers are pulling out of the marketplaces completely: Several dozen counties in Ohio, Missouri and Washington State have no insurers signed up for next year.

In North Carolina, Blue Cross and Blue Shield said it would have sought an 8.8 percent average increase, instead of 22.9 percent, if not for the uncertainty.

In Ms. Goren’s case, her coverage has been a lifesaver. Infected with hepatitis C through a blood transfusion 30 years ago, she was found to have liver cancer in 2014 and received a new liver last September. Though transplants are among the most expensive surgeries, costing hundreds of thousands of dollars, under the health law her out-of-pocket costs are capped at about $7,000 a year.

But combined with her monthly premiums — which have nearly tripled since 2014, the first year people could buy Affordable Care Act plans — the financial burden is enough that Ms. Goren started taking her Social Security retirement benefits early, which lowers the amount.

“We will use every available resource we have financially until we’ve ground it down to nothing,” Ms. Goren said during an interview in her home in a rural subdivision outside Asheville. “But I’m scared of what’s coming.”

With the distinct possibility that the Affordable Care Act could soon be repealed altogether, she is afraid to touch the $15,000 that her two sons raised this spring through a 5K race to help with her medical expenses.

“We’re sitting on it like Horton with the egg,” Ms. Goren said, referring to the Dr. Seuss book.

When President Barack Obama was still in office, the Republican-controlled House sued to stop the cost-sharing subsidies on grounds that Congress had not appropriated the money. A judge sided with the House last year, but the Obama administration appealed. Mr. Trump, who has talked about using the payments as a bargaining chip to help pass a Republican health bill, has twice asked the court to delay a ruling.

Although the 5.9 million low-income Americans who do benefit from cost-sharing payments will continue to have deductibles and co-payments waived as long as the Affordable Care Act survives, they, too, are facing uncertainty about the future of their health care. If Republicans in Congress succeed at repealing and replacing the law — still a big “if,” but the House has already passed a bill that would do so and the Senate is hurrying to finish its own version — insurance costs for low-income Americans could leap. The House bill provides flat premium subsidies based on age, not income — a formula that penalizes older and poorer people.

Lonnie Carpenter, 55, a self-employed roofer in Winston-Salem, N.C., is in that category. His back was badly injured in a car accident in 2013, and he has not been able to work full time since. Last year, his spinal surgery was paid for by his Affordable Care Act plan from UnitedHealthcare. He owed only about $2,000 thanks to cost-sharing reductions, compared with $11,000 for an operation in 2014, before he got subsidized insurance under the law.

“I’m in a position where I’m maxed out with bills because I’ve missed so much work in the last four years,” Mr. Carpenter said. “But it would have been a whole lot tougher to survive without that insurance. If I hadn’t had that, I’m being honest, I don’t know where I’d be right now.”

Cost-sharing reductions apply to people with annual incomes up to 250 percent of the poverty level; that comes to $29,700 for a single person and $60,750 for a family of four. Deductibles for those with incomes below 150 percent of the poverty level were reduced to $243 on average this year, from $3,703, according to Avalere Health, a consulting firm.

Even as Mr. Trump has remained coy about whether to continue the cost-sharing reductions next year — or even, for that matter, after this month — some powerful Republicans in Congress have begun lobbying for him to do so. They include Representative Kevin Brady of Texas, the chairman of the House Ways and Means Committee, and Senator Lamar Alexander of Tennessee, chairman of the Senate Health Committee, who urged in a hearing last week that the payments be extended through 2019.

“The payments will help to avoid the real possibility that millions of Americans will literally have zero options for insurance in the individual market in 2018,” Mr. Alexander said, adding that Republicans should “do some things temporarily that we don’t want to do in the long term.”

In North Carolina, Blue Cross and Blue Shield increased rates even more this year and last than it is proposing for 2018, blaming unexpectedly high claims costs among its marketplace customers. But the insurer said last month that it now had “a better handle on expected medical costs,” and thus would seek a far more modest rate increase if the cost-sharing payments were guaranteed.

“You don’t mean to wish your life away, but my prayers are that I wake up and my wife is 65,” said Mr. Goren, a former radio advertising salesman, referring to the age at which people become eligible for Medicare. “We saved, but that money, it goes fast.”