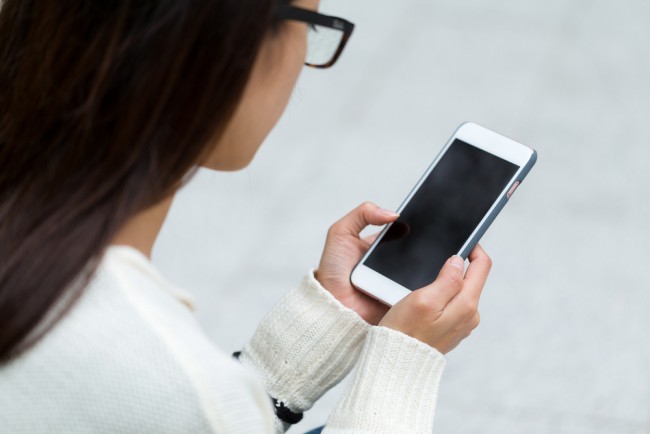 Can spending a few minutes on your smartphone each day improve your mental health? A new study says it’s possible — if you have the right apps.

In the study, about 100 people were asked to download a group of apps, called “IntelliCare,” from Google Play that were designed to help reduce anxiety and depression.

After eight weeks of using the apps several times a day, all of the participants reported significant improvements in their mental health, according to the study, published today (Jan. 5) in the Journal of Medical Internet Research.

The preliminary study was designed to see how well, if at all, the apps would work for treating anxiety and depression, according to the study. The researchers now plan to conduct a larger study to test the effects in more people. [9 DIY Ways to Improve Your Mental Health]

“Using digital tools for mental health is emerging as an important part of our future,” lead study author David Mohr, a professor of preventive medicine at the Northwestern University Feinberg School of Medicine, said in a statement.

The apps “are designed to help the millions of people who want to get [mental health] support but can’t get to a therapist’s office,” Mohr said.

The researchers included people in the study if they had symptoms of depression or anxiety based on their responses to questionnaires. After an initial phone call to coach the participants on how to use IntelliCare, the patients were instructed to use the apps for eight weeks, according to the study. The study participants also received two or more texts a week for continued coaching.

IntelliCare included 13 interactive apps, each targeting a different aspect of mental health. For example, the “Worry Knot” app offered users advice to manage their worries. Another app, “Boost Me,” encouraged users to select and schedule positive activities during their day, whereas the “Social Force” app prompted users to identify supportive people in their lives and get in touch with them. There were also apps that focused on relaxation, sleep and exercise, according to the study. [Are Health Apps Harmful or Helpful? Experts Debate]

The researchers designed the apps “so they fit easily into people’s lives and could be used as simply as  apps to find a restaurant or directions,” Mohr said.

In addition, 35 of the patients no longer met the criteria for anxiety or depression at the end of the study, the researchers found.

“We now have evidence that these approaches will likely work,” Mohr said. The apps “are designed to teach many of the same skills therapists teach patients,” he added.

During the study, the participants were not told to use specific apps; however, an algorithm recommended different apps each week to help keep the experience novel. The researchers found that 95 percent of the participants used five or more different IntelliCare apps.

The authors noted that the study did have limitations. For example, there was no control group in the study, meaning that the researchers cannot rule out the possibility that other factors played a role in the participants’ improvements, they wrote.