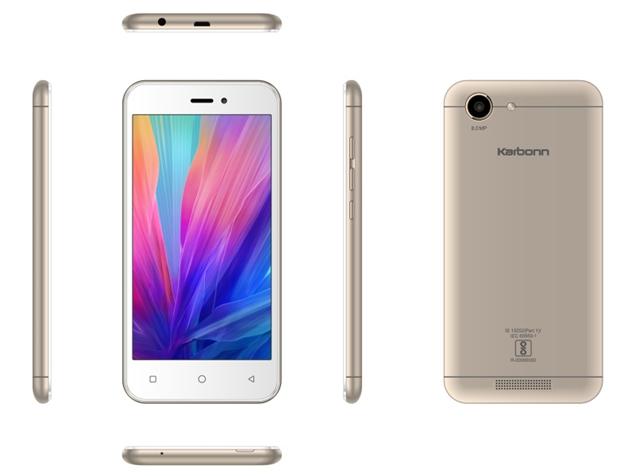 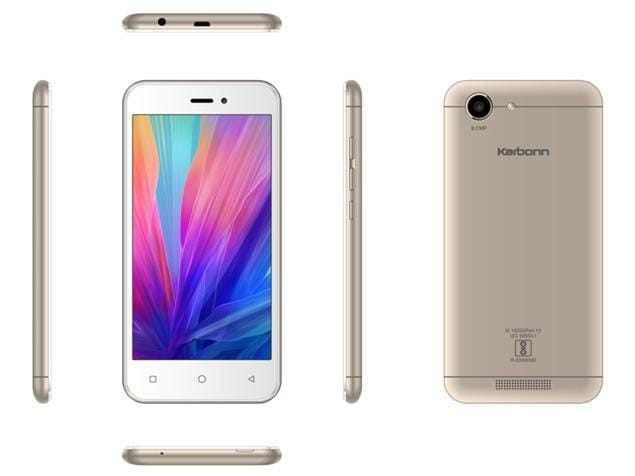 Share on FacebookTweetShareShareEmailReddit
Karbonn Titanium Vista 4G smartphone was launched in December 2016. The phone comes with a 5.00-inch touchscreen display

The Karbonn Titanium Vista 4G runs Android 6.0 and is powered by a 2300mAh non removable battery.

The Karbonn Titanium Vista 4G is a dual SIM (GSM and GSM) smartphone that accepts Micro-SIM and Micro-SIM. Connectivity options include Wi-Fi, GPS, Bluetooth, FM, 3G and 4G (with support for Band 40 used by some LTE networks in India). Sensors on the phone include Proximity sensor, Accelerometer and Ambient light sensor.

About Karbonn
India based Karbonn is a joint venture between Delhi-based Jaina Group and Bangalore-based UTL Group. The company is a manufacturer of both mobile phones and tablets. It is among the biggest smartphone makers in the country. Karbonn was one of the three manufacturers to first bring Google’s Android One initiative to India.