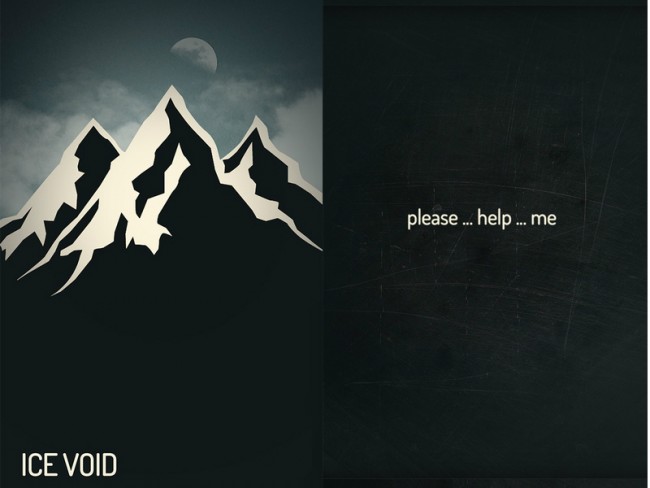 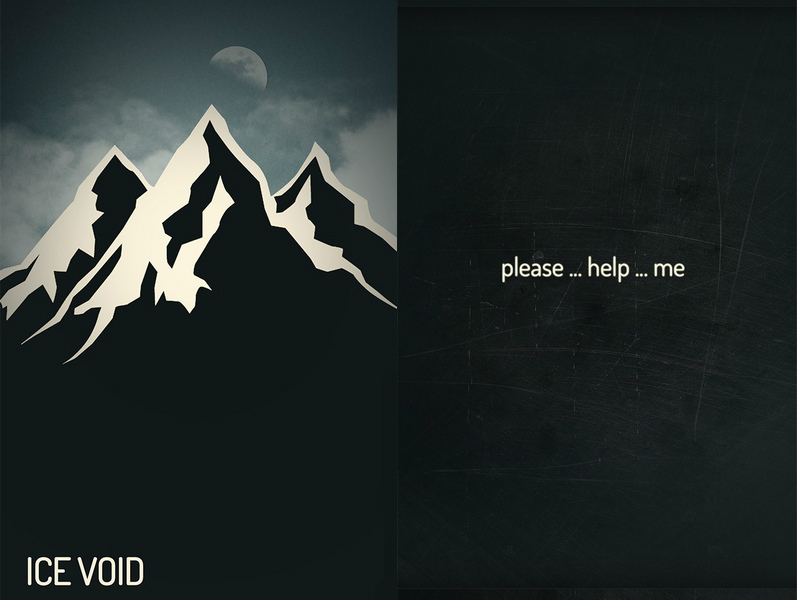 Bjorn Ahlgren is a mountaineer on an Everest expedition that has gone horribly wrong. A snowstorm has wreaked havoc, following which he can’t find anyone from his trekking group. Alone near the summit of Everest, Ahlgren manages to rig some kind of a communication device that sends text messages. This is his only hope for survival. Luckily, you’re on the receiving end of his communications and your task is to help him survive the descent.

This forms the basis of Ice Void, a text-based survival game that was released on iPhone. Text-based games allow developers to focus solely on the story, as there isn’t much in the way of graphics to worry about. Games such as this one, and Lifeline, are among our favourites despite them featuring only text. For these games, getting the story right is crucial. Does Ice Void manage that? We played the game for almost two weeks to find out.

According to the developer, this game has 60 possible endings. While we couldn’t verify this during the review, we did encounter enough choices in the game to make us believe the claim. Bjorn’s story is gripping. Right from the start we felt for him and wanted to rescue him from his plight. However we felt that the writing at the beginning could’ve been better. The hook that captures players has to be at the start and we felt that the story is a little too slow until you choose which descent route to take. After that things become much more exciting.

After we managed to lead Bjorn to his death thrice, we found ourselves thinking and rethinking each choice to avoid that fate again. We began caring for the character like a responsible guardian, which means that writing has accomplished its task. There are some genuinely thrilling moments in the story that had us worried about Bjorn’s safety. Without revealing too many plot details, it’s safe to say that nature is not Bjorn’s only enemy in Ice Void. 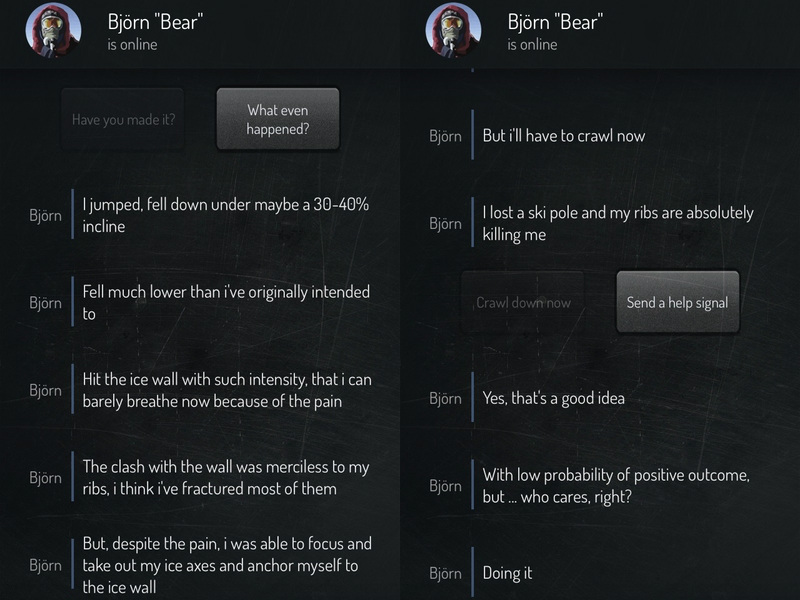 As much as we liked the story, there were points in the game when Bjorn considers making some silly choices. During the game, Bjorn hints that he is a journalist and not a professional mountaineer but that doesn’t excuse some of the writing. For example, Bjorn realises that his climbing equipment isn’t secure enough. He asks you if he should continue the descent anyway, something an experienced mountaineer would probably not even consider when the alternative is to climb back up, secure the equipment and resume the descent. There was another crucial point in the game where Bjorn asked us to make a choice and one of the options was so obviously worse than the other that presenting it as a choice really wasn’t necessary.

The game’s controls are limited, which ensures that almost anyone can play it. Bjorn will send you messages and sometimes ask you questions. You read his messages and tap one of the two buttons at the end of the conversation to reply. This includes basic messages such as, “Good luck” or “Go to sleep”, or choices, such as which route to choose for the descent.

Like Lifeline, Ice Void tries to make conversations feel real by making you wait for responses. When Bjorn goes to sleep, you can’t do anything until he wakes up. This adds an element of realism to the story, but it also makes it feel slow. There is no “fast mode” in the game to allow you to skip the waiting time. If your character died once in Lifeline, the game would unlock this fast mode. Ice Void could really use this addition, and the developer told Gadgets 360 that this is coming soon, along with an iPadversion of the game.

We played Ice Void version 1.0 and faced annoying bugs on our iPhone 5s. The game sometimes just crashed randomly. Many times we’d tap on a notification to open the game, but the dialogue in the notification wouldn’t show up until we force quit Ice Void and started it again. We hope that these issues are fixed by the time you buy the game. There were some minor spelling errors in the game too, but that’s no deal breaker. 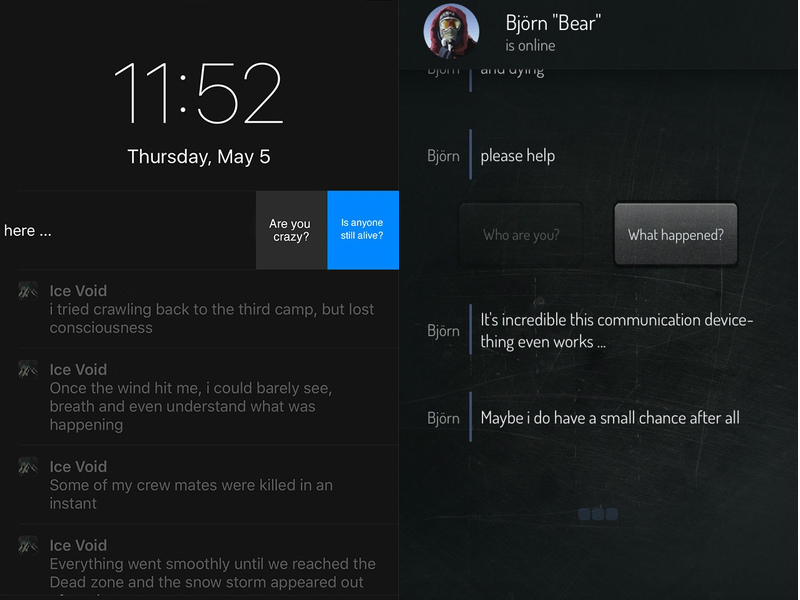 We liked the story enough to want to revisit it once the fast mode is enabled. We’d like to explore other routes and see where they take Bjorn, but we aren’t ready to wait over a week on every playthrough. It took us around nine days to reach an ending we were satisfied with, and we’re not sure if most people would be fine with that much waiting. Overall, Lifeline still has the better story but if you want a gritty survival game set on Earth, we’d definitely recommend checking out Ice Void.

Ice Void is available on the App Store for Rs. 190.