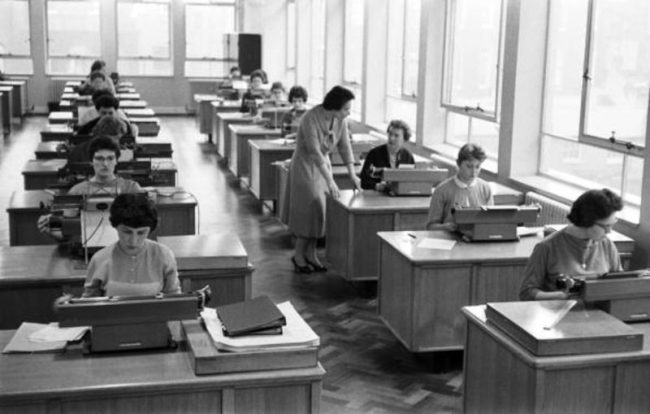 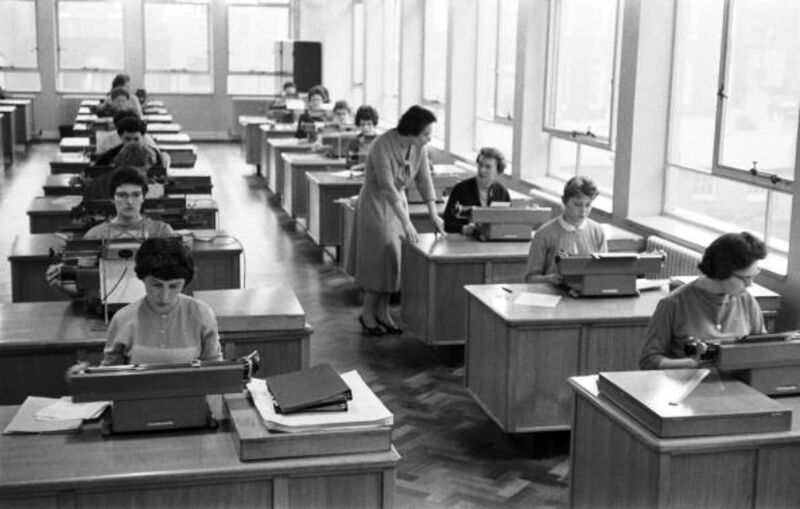 Bloomberg View recently ran a series of columns about productivity. Bloomberg View columnists Tyler Cowen and Noah Smith recently met online to debate whether it’s slowing down, and why and what if anything can be done about it.

Smith: In many economic models, there’s an idea that productivity is governed mostly by random, external factors — the march of science and technology, population aging, etc. And many economists’ intuition tells them that there’s little the government can do to help besides adopt a light regulatory touch and lower taxes. I want to push back against this pessimism. I think there’s a fair amount the government really can do to boost productivity growth in the U.S. and other advanced economies right now.

One example would be increasing urban density. There’s good evidence that dense cities are more productive, because of clustering effects. Allowing cities such as Austin, Texas, and San Francisco to get denser would amplify those effects.

Another example would be high-skilled immigration. The U.S. can be the world’s research park, but only if it gets the best researchers, both from within the country and without.

A third example would be funding energy-storage research. Energy storage has the potential to turn solar power into a flood of abundant cheap energy, if we can just get better storage technologies. Government is the natural choice to fund a big research push.

Cowen: I wholeheartedly agree with all of your policy ideas, for reasons of liberty, justice and also efficiency. That said, I wonder if they are more likely to give us one-time gains rather than an ongoing increase in rates of productivity growth.

Take battery storage and solar power. With some luck, breakthroughs in that area will forestall the worst scenarios for global warming and climate change. But for the most part that is protecting current rates of growth rather than extending them.

I also favor more high-skilled immigration. But keep in mind that these days the rest of the world is much more scientifically advanced than it used to be. Shifting the most talented researchers to the U.S. may not do much to boost overall productivity growth, though again I support it because it would bring greater human liberty. I even have a slight worry that we might concentrate too much scientific talent in the U.S., when the world might be better off with a greater number of decentralized and competing scientific locales.

Finally, you and I both want higher urban density and greater freedom to build in America’s most productive cities. I think the big gain there is that it will help more people enter the middle class and enjoy more social and economic mobility.

But higher rates of innovation and thus productivity growth? I don’t know. The two cities you mention are Austin and San Francisco. It’s already easy and still affordable to live in the more run-down parts of Austin, which by the way are quite charming. San Francisco could do much more to boost affordability, and it should. But that would increase traffic and congestion, which are why current residents oppose such plans. In other words, we will be taking some of America’s most currently productive residents — including you, Noah Smith of Berkeley — and lowering their productivity. There may or may not be a net boost in there for innovation looking forward.

So to conclude, we agree on the policies, but I still think boosting rates of productivity growth isn’t as easy as it might at first seem.

Smith: I agree it’s important to distinguish between one-time boosts and long-term accelerations. For productivity growth to rise for more than a few years, we need to raise the rate of technological progress. But I’m not so pessimistic about the policies I suggested.

Solar power, with adequate storage, might give us our first real breakthrough in cheap energy since the advent of oil a century ago. With adequate storage to solve the intermittency problem and the transportation problem, “energy too cheap to meter” could provide the base to power decades’ worth of innovations. Just think of how much growth came from previous energy revolutions, and how long that growth lasted! Of course, in addition to research breakthroughs, we’ll also need the government to help build better electrical transmission and storage infrastructure.

As for immigration and urban density, the long-term growth boosts would have to come from greater research output — concentrate the smart people, and they’ll start putting out a more rapid stream of innovations. There is evidence from both the past and the present that this works.

There are also other technologies that might be able to boost research and innovation output for decades. Machine learning might advance to the point where it can do research for us. And human enhancement might greatly enlarge the number of people who are capable of doing cutting-edge research. Government efforts to fund breakthroughs in these areas might yield long-term success.

In the same vein, I wonder if we’ve exhausted all the gains from public health. New research is showing how important lead is to human brain development. A major campaign of lead abatement might raise the overall capabilities of our populace quite a bit.

Cowen: Solar power is great because of its climate-change benefits, but storing power through batteries just isn’t very efficient and I don’t see that changing anytime soon. I call it a price worth paying, not a big source of future productivity gains. Besides, energy had its biggest productivity upside when it was very scarce and a limiting factor behind high-powered manufacturing. Today it’s mostly a service economy with low energy-intensity.

As for immigration, it’s been a long time since the U.S. had as a high percentage of foreign-born residents as today. And our rates of productivity growth are especially low. That in my view is entirely a coincidence, but it does suggest high immigration doesn’t solve the productivity problem. The deeper point is that we don’t seem to have the social and political capital to support higher immigration levels, even for the skilled. Of course, there are plenty of productivity improvements you can wish into place, if you are willing to assume that people are better than they really are.

The sad truth is that American productivity growth was, for the most part, considerably higher in the 1920s and 1930s, a time when most institutions were far worse than they are today, including of course public health. We didn’t even have a National Science Foundation back then. What we did have was a lot of technologies ripe for further exploitation, namely the combination of fossil fuels, electricity powerful machines and a somewhat freer economy.

Let’s hope the internet and artificial intelligence can lead a new tech revolution, but so far it is looking like a long, tough slog.