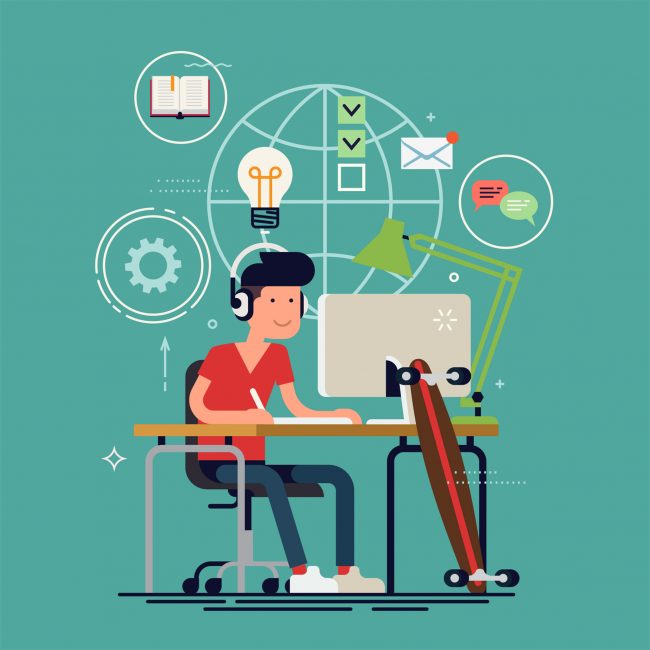 The type of music you listen to can affect your work differently depending on how difficult or mundane the task.

Listening to music can help us focus in busy and noisy office environments. But to help us be truly productive, the kind of music we listen to should compliment the work we are doing, according to Chris Bailey, author of The Productivity Project.

Whether he’s writing or completing research for his next book, Bailey is almost always listening to a playlist. In February, the author conducted an experiment to see how music impacted his productivity. He listened to different types of music every week for five weeks:

The results were revealing: The type of music affected his work differently depending on how difficult or mundane the task.

SIMPLE AND FAMILIAR MUSIC WERE THE MOST PRODUCTIVE, ESPECIALLY DURING HABITUAL TASKS

“When we work on tasks that are habitual like doing data entry or mindlessly doing some other things, we have a bit of attention to spare,” Bailey tells NBC News BETTER.

The more familiar and less complicated the music, the more Bailey was able to accomplish. Songs that were complex, like rock and pop, which tend to contain increased vocals and rhythm, distracted him, unless they were songs he was familiar with.

“I’m not a fan of pop music, so it’s less familiar to me, I enjoyed it a bit less,” he says. “The slow and classical weeks I accomplished quite a bit more during them if I remember correctly, because those are pieces of music that are more familiar to me, especially when I played one song on repeat for that time.”

But he cautions that music, which stimulates dopamine production in our brains, can also fool us into feeling like we’ve accomplished more than we really have.

MUSIC CAN BE A DISTRACTION DURING MORE DIFFICULT TASKS

While listening to music increased Bailey’s productivity during habitual work, it also distracted him during projects that required all or most of his attention. That’s because music always consumes some of our focus, he notes. If you’re about to dive into a complex project, like research, the writer recommends listening to music before you start working to get your energy boost.

Personality impacts how music affects our productivity, according to the 28-year-old. A self-described “ambivert” who doesn’t fit neatly in either category, Bailey says introverts and extroverts both benefit from listening to music, but it may be more of a distraction for introverts. While extroverts thrive on stimulation, introverts are easily overstimulated, he says.

Music, which stimulates dopamine production in our brains, can also fool us into feeling like we’ve accomplished more than we really have.

“Extroverts perform better when they’re more stimulated by their environment and so having a cup of coffee before giving a presentation or before a big meeting or listening to music — which is also stimulating in a different way — doesn’t have as many negative effects for extroverts as it does for introverts,” explains the author.

To create the best productivity soundtrack for you, Bailey recommends conducting your own experiment. How difficult is the work at hand? What songs energize you, and which distract you? How much are you able to accomplish when you listen to music vs when you don’t?

“I think ultimately with this or any piece of productivity advice we have to try it on for size,” says Bailey. “We have to see if it works for us.”