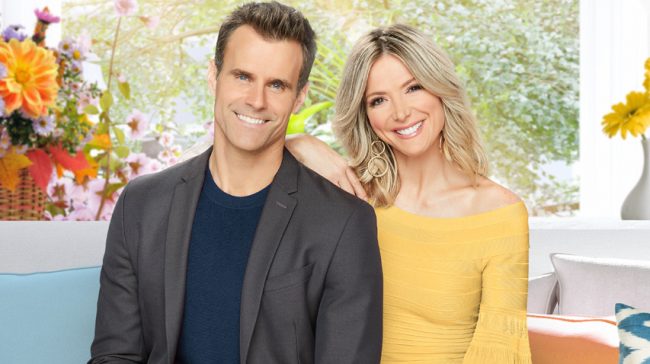 Hallmark Channel’s popular daytime lifestyle program Home & Family has joined a number of other daytime shows in suspending production in face of an alarming spread of the coronavirus. The Crown Media Family Networks’ channel also has put on hold production of its slate of signature original movies, shot in various U.S. and international locations. The decision follows growing concern over the coronavirus pandemic, which has prompted President Donald Trump to declare a national emergency and Los Angeles Mayor Eric Garceti to call for any large gatherings of people to be canceled.

Hosted by Debbie Matenopoulos and Cameron Mathison, Home & Family is filmed in the Universal City area of Los Angeles.It will go dark starting Monday, March 16, for at least two weeks. Hallmark will air repeats of Home & Family while the show is on hiatus. The program’s last original today, March 13, featured Kevin McGarry & Chris McNall, stars of Hallmark’s flagship drama When Calls the Heart.

Other daytime talkers that have shut down over the coronavirus crisis include The Ellen DeGeneres Show, The Kelly Clarkson Show, The Mel Robbins Show, Tamron Hall, and The Wendy Williams Show.

Our top priority is the health and safety of all cast, crew, and guests who are part of our productions.

As new information becomes available regarding the Coronavirus (COVID-19) outbreak, we have decided to suspend production on our daytime lifestyle series, “Home & Family,” which films daily at Universal Studios, CA. The earliest a new episode could be taped is March 30, though no decision has been made about when production will resume. We plan to air encore episodes at this time, and we will continue to monitor the situation with the CDC and state officials to determine the best time to return and produce new episodes of “Home & Family.”

Crown Media is also temporarily suspending production on its original movies, which are shot in various locations in the U.S. and around the world, and we will continue to monitor the global situation with assistance from health officials. The production pauses are a proactive measure to safeguard all involved.