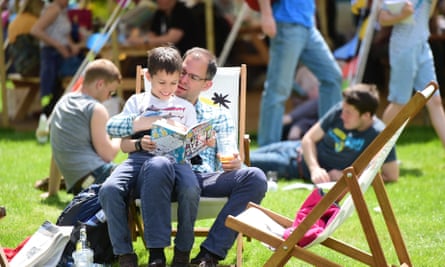 The future of the Hay literature festival is in doubt following the cancellation of this year’s event due to the coronavirus outbreak, with organisers calling on the public to donate money in order to stop it folding in 10 days. The announcement follows widespread cancellations of cultural events due to Covid-19, including Glastonbury and the Oxford literary festival.

The annual book celebration in Hay-on-Wye has huge economic implications for the Welsh town. Each year, the influx of thousands of book lovers generates around £25m for the area, which is one of the lowest-paid regions in the UK.

Organisers will struggle to recoup the large infrastructure costs they have already committed to, as 70% of the festival’s income comes from ticket and book sales on site.

In a statement on Thursday, the festival said the not-for-profit event was now in “immediate financial jeopardy” and would need to raise funds in 10 days to “plot a sustainable route forward”.

While all ticket-holders will receive refunds, the public are asked to support the festival’s future by donating to a £150,000 emergency fund via GoFundMe. Organisers are also hoping to raise funds through other sources, including corporate stakeholders. All donors will – if the event can be held again – be recognised as official “Haymakers” on a commemorative board displayed at every festival that follows.

“As we face these coming weeks of uncertainty and isolation we will work hard to carry forward our spirit of togetherness, and to share stories and ideas,” said Peter Florence, director of Hay festival. “As an organisation we now face a stark reality … Whatever you can spare will make a big difference. Every donation adds up. Thank you, Haymakers, for listening in our hour of need.”

He told the Guardian: “This is absolutely the only thing we can do to protect people, but also a brutal reality.”

Florence is worried for Hay-on-Wye, which is famed for its remarkable number of bookshops. “The town faces deep challenges down the road. Hay is an agricultural town, a book town and a town that welcomes visitors. This is a difficult time. We are talking to everyone in Hay and they have been extraordinarily supportive.”

“I have encountered incredible solidarity these last few days. I’ve had conversations with festival directors and writers across the sector that have made me cry. We’ve encountered so much camaraderie and resilience, it is so encouraging.”

Until last Monday, organisers had said the event was set to go ahead. This year’s festival was due to take place from 21 to 31 May, with a lineup including Stephen Fry, Hilary Mantel, Ali Smith, Gloria Steinem and Van Morrison.

The festival’s annual free programme for schools has also been cancelled, while its international branches – including Italy, Colombia and the UAE – are “under review on a day-by-day basis”, according to Florence.

On Thursday, Josh Boyd Green, chair of Hay Chamber of Commerce, sent an email reassuring local business owners. “As I have said many times, we are lucky to live in such a close and supportive community and we will weather this period together, looking out for each other,” he wrote. “These are unprecedented times but we remain stronger together.”

Journalist Oliver Balch, who recently closed his bookshop in the town and works at the festival most years, called the news “a body blow for everyone”.

“Most shopkeepers, bookshop-owners and B&B owners bank on the festival crowds to help see them through. With the streets already quieter than usual, many were hoping more than ever for a festival windfall in a couple of months’ time. I just really hope it won’t send some local businesses to the wall,” Balch said. “That said, Hay is a resilient place and if anywhere can find a way through these tough times it’s the UK’s famous Town of Books.”