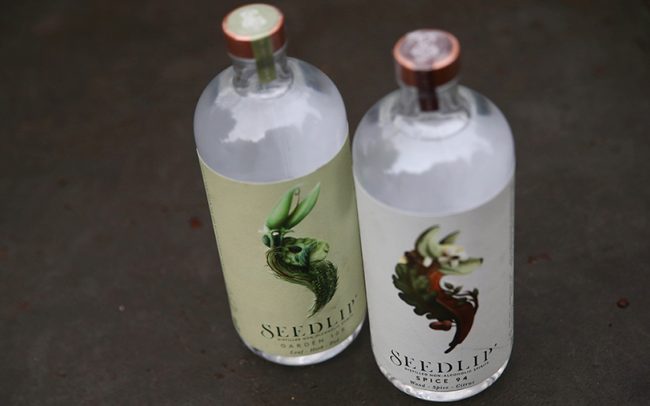 Food and drink megabrands are seeing their sales chewed away by smaller, nimbler, cooler rivals. They can’t beat them – so now they’re joining them.

Nine of the world’s biggest industry players, including Danone, General Mills, Campbell Soup and Kellogg, have launched venture capital units over the past 18 months, a Reuters analysis of the sector shows.
The aim of the strategy, according to interviews with executives, is to buy into – and learn from – the kind of start-up innovation that has become their nemesis, from micro-distilled spirits and cold-pressed juices to kale chips and vegan burgers.

Food and drink multinationals spend far less on R&D than their counterparts in many sectors like tech and healthcare. They have been wrongfooted over the past five years by the shifting habits of consumers who are increasingly shunning established brands in favor of small, independent names they regard as healthier, more authentic and original.

This is forcing the companies to take a leaf out of Silicon Valley’s venture capital playbook – and their success or failure in harnessing promising new trends at a very early stage could help determine how well they adjust to the changing landscape, and whether they ultimately emerge as winners or losers.

“It’s difficult for companies to have the persistence and to replicate the energy and the passion that these early-stage entrepreneurs have,” said John Haugen, head of General Mills’ venture capital arm 301 Inc, adding innovation was extremely tough because of how quickly market trends were changing.

“We’re just a year or a little more than that into these investments,” he said of 301, where his team of about 15 sits down twice a month to pass around dozens of samples from start-ups. “For me it’s part of a total long-term growth strategy for our company.”

In the United States – the world’s biggest packaged food market – small “challenger” brands could account for 15 percent of a $464 billion sector in a decade’s time compared with 5 percent now, according to Bernstein Research.

The researchers point to successful upstart brands like Chobani Greek Yogurt, which they say has stolen more than half of General Mills’ market share in yogurt, and Kind Snack Bars which have taken a big bite out of Kellogg’s snack bars.

‘It’s amazing, this switch’
The nine companies to recently launch venture capital arms also include Hain Celestial, Tyson Foods and Pernod Ricard. Typically, their funds range in size from about $100 million to $150 million.

While it is still early days for them, the experiences of the handful of food and drink firms that have had funds for several years – Nestle, Unilever, Coca-Cola, PepsiCo and Diageo – could offer some guide to the future.

Coca-Cola, for example, has had a mixed record; its investment in Honest Tea was a success, but a fermented soda and a Japanese tea failed to take off in the United States. So far none of the companies’ venture units has delivered a blockbuster brand, but they say a link to the cutting edge is worth the effort.

Diageo, the world’s biggest liquor maker, has invested in 14 start-ups through its venture capital arm Distill Ventures, spending about 30 million pounds over the last four years on minority stakes.

It points to last year’s purchase of a 20 percent stake in Seedlip – a British start-up that says it produces the world’s first non-alcoholic distilled spirit – as a prime example of how the strategy is making it more adventurous.

“If we’d had our strategic areas written down four years ago – what does Diageo want to go after – nowhere would we have written down, ‘We think there’s a big opportunity for a non-alcoholic spirit’,” said James Ashall, who heads its innovation unit Diageo Futures.

“By Distill Ventures provoking our thinking about the space it allows us to stretch into an area that wouldn’t have been naturally in our gift.”

The company also cites learning gained from investments in craft whiskies, as it develops its own brands in that area, which include Roe & Co and Hilhaven Lodge.

More broadly, Diageo says the venture arm is changing its culture. The global corporation now makes its marketing managers pitch for their ad budgets, like the entrepreneurs who present at Distill Ventures’ laid-back office for 20-30 minutes and get an answer on the spot.

Seedlip founder Ben Branson and other food and drink start-ups are reveling in this surge of investment interest.

“Big companies are saying, wait a minute, we used to beat these guys down,” said Branson, a bearded and tattooed ex-marketing executive who grows some Seedlip ingredients – peas and hay – on his farm in eastern England, where he also dabbles in taxidermy and painting.

“Now I think it’s amazing that there is this switch to let’s not beat them, let’s join them.”

R&D extension
The venture capital divisions are not only for delivering returns or swallowing start-ups, executives say, but also to act as an extension of the companies’ research departments.

This is of particular importance in an industry that PwC says accounted for just 3 percent of the $680 billion spent globally on R&D last year, well behind the computing and electronics, healthcare and autos sectors, which together spent 62 percent.

“This is a form of R&D for us, or access to places where the company isn’t currently participating,” said Simon Burton, who heads Kellogg’s new venture capital arm, Eighteen94 Capital.

Its first investment, announced in January, was in California-based Kuli Kuli, which makes snack bars from the moringa plant. There are more in the pipeline, he said.
As the need for innovation has intensified, the strings that were typically attached to venture capital investments across all sectors – notably the right to buy out the business when it gains scale – have started to disappear in food.

Campbell Soup, Kellogg, Unilever and General Mills have largely scrapped such provisions when investing in early-stage brands because they are often a deterrent for start-up entrepreneurs who fear it will cap their fortunes by keeping other bidders away.

“Why would they want to sign up from the get-go with the idea that they’re not going to be able to maximize their economic leverage and their exit?” said Ciongoli, who sits on the investment committee of Acre Venture Partners, which Campbell set up last year to contend with the “revolution going on in food”.

‘New rock stars’
For investors, experimenting with venture capital is worth the relatively small spend, compared with the risk associated with larger M&A deals, which the companies are also pursuing.

“Something really good might come out of it, so I don’t have a problem with that,” said Alan Custis, head of UK equities at Lazard Asset Management, an investor in Diageo and Unilever.

The risk of buying a successful small brand at substantial cost, rather than investing at a very early stage, is that this will rob the target of the very size and independence that made it cool. One oft-cited example is Kashi cereal, an organic food pioneer whose sales tumbled after it was swallowed by Kellogg.

Olivier Garel used to run M&A for Unilever and now runs Unilever Ventures. He said the consumer goods sector was relatively late to the venture capital game, but was now being motivated by the need to keep up with new technologies including social media, e-commerce and direct-to-consumer selling models.

Unilever Ventures has invested in more than three dozen start-ups and says it is in contact with about 2,500. This month it announced a deal leading a $9.2 million funding round for U.S. organic food delivery service Sun Basket.

Augustin Paluel-Marmont, who sold 40 percent of his French cookie company Michel et Augustin to Danone Manifesto Ventures last year, said it was a good time to be a food start-up.

“It is a lot easier today than before to find funds,” he said. “Entrepreneurs are the new rock stars.”