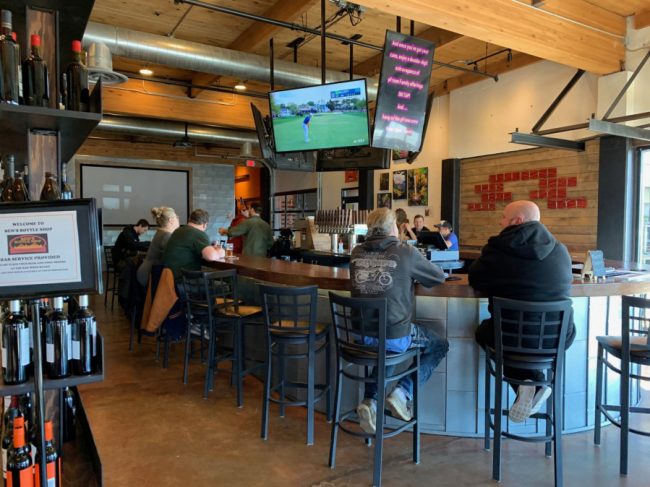 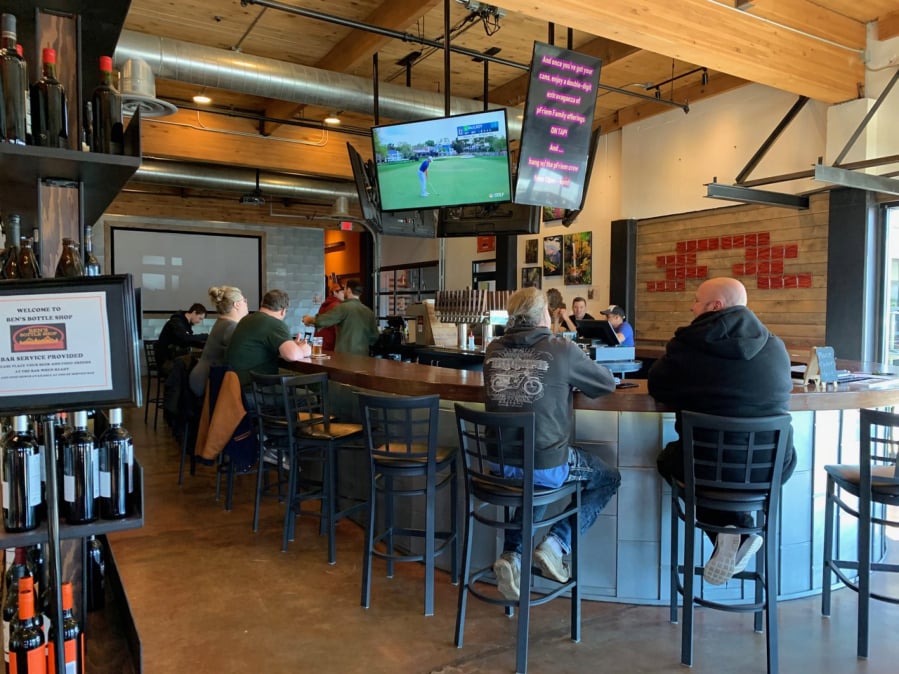 Ben’s Bottle Shop isn’t just a place that serves beer. It’s the beer library that you would need if you were working on a Ph.D. in craft beer. Ben’s has more than 25 beers on tap and a long wall of refrigerators filled with colorful bottles and cans to go. This popular local spot made CraftBeer.com‘s Great American Beer Bar list for 2019, representing the state of Washington.

CraftBeer.com is a website created by the Brewer’s Association, a nonprofit trade organization that promotes small and independent brewers in the United States. According to Digital Content Editor Andy Sparhawk, “CraftBeer.com readers are primarily beer enthusiasts, ranging from the beer beginner to full-on beer geek. The site’s mission is to share the stories of small and independent craft brewers and craft beer culture in the United States.”

Since 2012, CraftBeer.com has compiled a list of Great American Beer Bars by asking its readers to nominate their favorite craft beer bar in their state. For this year’s list, nearly 7,000 votes were cast during December 2018. The listed bars are picked by popular vote.

For the state of Washington, Ben’s Bottle Shop beat 24 other bars to land on this prestigious list. Past Washington state winners include Manito Tap House in Spokane and Parkway Tavern in Tacoma. For the last two years, the winners have been members of Vancouver-based North Bank Brewers Association. Last year’s winner was North Jetty Brewing in Seaview.

“It’s aligned with our mission,” DiFabio said. “For Ben’s to win that recognition over the rest of the state really helps get the word out about what’s going on with craft brewing in our region.”

Readers who voted for Ben’s Bottle Shop praised the abundance of great craft beer options, friendly service and good food. One reader praised it for “friendly staff, great local (and beyond) rotating taps, and endless cooler of bottles of goodness.”

Ben’s Bottle Shop co-owner Tim Augustin said he is honored that the shop made the list.

“This is my dream since I decided to make my career in the beer industry while working for the Brown Derby International Wine Center in Springfield, Mo., during graduate school,” Augustin said.

“It has long been my dream to visit many of the bars that make this list and possibly work for or with some of them,” Augustin said. “So to have co-founded a place to make such a list, in such a competitive state with legendary bars around every corner is an absolute dream come true. We have been extremely lucky to have such a great staff and neighborhood to support us and hope to do beer at the highest level in Vancouver for many years to come.”

Augustin doesn’t feel that he and his partner, Ben Christly, are solely responsible for the success of Ben’s Bottle Shop.

“We also owe a small army of hardworking, talented suppliers, other wholesalers, importers and brewers a great deal of gratitude for our success in providing a large, interesting selection of both local gems and international treasures,” Augustin said. “Vancouver’s beer community is nothing short of amazing, as well — from brewers to other retailers and even institutions like Great Western Malting, it all works together to create a vibrant beer city.”