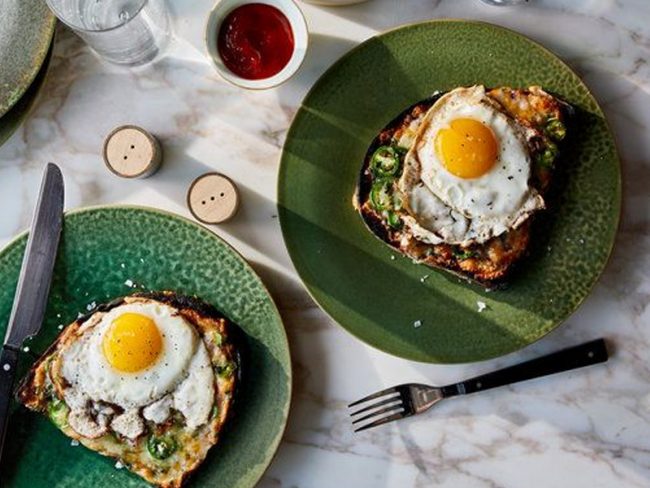 Love me or hate me, but you just can’t ignore me. The lines look so apt for the title ‘Kejriwal’. Isn’t it? Well, don’t think too much, we are not getting into the political blame game here, as we love food more than anything else. 5 years ago the word was not taken seriously in food world too, till the decades-old dish-Eggs Kejriwal made a major come back in the modern dining scenario and all the top-notch cafes and restaurants worked on its varieties to impress the foodies. But, the question is what is so special in the name and the dish and what made it a hit in the menu list dominated by Chicken Curry and Mutton Kebabs. Let’s explore.

2. What is Eggs Kejriwal? In simple words, it is egg on toast. In this easy-to-make snack dish, the egg is cooked with a layer of cheddar cheese at the center and then topped with finely chopped green chillies. It is served with crispy toasted bread or bun. Some restaurants serve it on top of creamy mushrooms. Eggs Kejriwal has been a hit in Mumbai for over four-and-a-half decades at many eateries and was originally coined in the 1960s by Devi Prasad Kejriwal who had some affinity with eggs. The story goes that, it was at Willingdon Sports Club, where he had asked for eggs to be cooked in a specific way and was later appreciated by fellow diners at the club. They started ordering ‘what Kejriwal is having’. And that’s how it got the unique name – Eggs Kejriwal. According to food experts, the dish became popular because of the similarity of the surname with the chief minister of Delhi-Arvind Kejriwal. Plus, it was introduced in other cities like Delhi and Bengaluru, where the scene of food bloggers is super active and social media visibility gave it a good hype in the food market, as egg is one of the easiest ingredients that people love to explore in India. Ajay Kejriwal, the grandson of the man behind this recipe, has carried forward the family tradition of eating Eggs Kejriwal for breakfast. He has introduced different variations of the dish in different cities and countries. Eggs Kejriwal topped the list of 10 New York dishes compiled by New York Times food critic Pete Wells too.
[“source=timesofindia”]