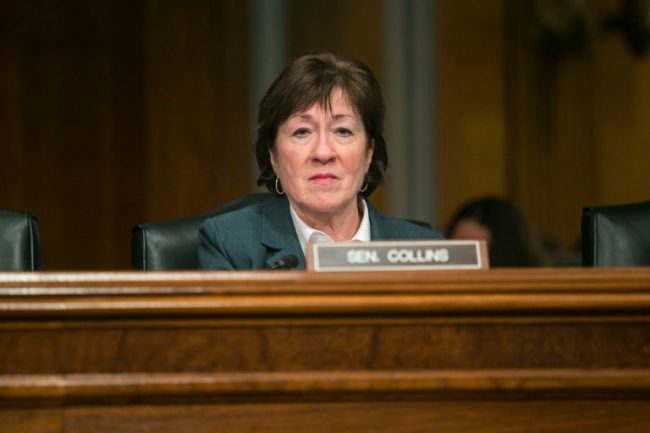 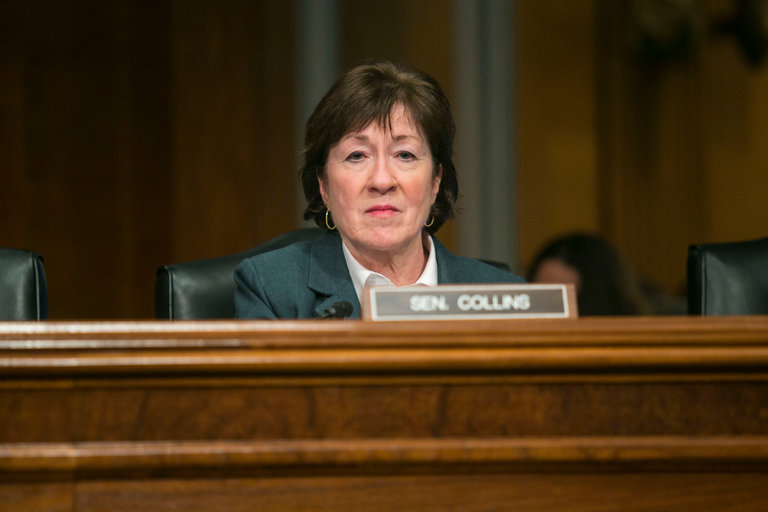 Senator Susan Collins of Maine. who was not included in the Senate Republicans’ health care working group, said, “The leaders have the right to choose whomever they wish.” CreditAl Drago/The New York Times

Beyond neglecting Republican women, Senate Republican leaders overlooked Senator Tim Scott of South Carolina, the only black member of their conference. Before his congressional career, Mr. Scott sold insurance and owned one of the most successful Allstate insurance branches in South Carolina.

Mr. McConnell also left out of the group the only two Republican senators clearly in the Democrats’ cross hairs for 2018 — Dean Heller of Nevada and Jeff Flake of Arizona. With re-election campaigns looming, they will have their own political calculus to make. Both states have expanded Medicaid under the Affordable Care Act, providing coverage to hundreds of thousands of people.

Republicans, holding 52 seats in the Senate, can afford to lose only two members of their party on a vote to undo the health care law they have assailed for seven years. They will not receive any support from Democratic senators or the Senate’s two independents, but they can count on support from Vice President Mike Pence to break a tie, if needed.

Reince Priebus, the White House chief of staff, has said he expects the Senate to make improvements in the repeal bill that the House passed last week by a vote of 217 to 213. But senators have gone much further: The Senate is starting from scratch.

Hospital executives, among the most outspoken critics of the House bill, are in town for the annual meeting of the American Hospital Association and will lobby the Senate this week. Thomas P. Nickels, an executive vice president of the association, predicted that the Senate would produce an “utterly different version” of the legislation.

Mr. McConnell is likely to find the same tricky dynamic that Speaker Ryan confronted in the House: Any bill that satisfies conservatives like Mr. Cruz and Mr. Lee risks alienating moderates like Ms. Collins and Ms. Murkowski.

Medicaid will also vex Republican leaders in the Senate in ways it did not in the House. Senators in both parties from states that have expanded the health care program for low-income people have expressed deep misgivings about the House bill, which essentially unravels the expansion.

Democrats said the Republicans’ failure to include women in the working group showed that they were politically clueless.

Senator Kamala Harris, Democrat of California, wrote on Twitter: “The G.O.P. is crafting policy on an issue that directly impacts women without including a single woman in the process. It’s wrong.”

The House bill would cut off federal funds for Planned Parenthood for a year and prohibit the use of federal tax credits to buy insurance that includes coverage of abortion. It would also allow states to seek waivers of provisions of the Affordable Care Act that require insurers to cover maternity care.

David Popp, a spokesman for Mr. McConnell, said on Monday that many Republicans were involved in devising a replacement for Mr. Obama’s health care law.

“Senators from throughout the conference have been working on solutions,” Mr. Popp said. “Those meetings and efforts continue.”

The group also includes three committee chairmen: Mr. Hatch; Senator Lamar Alexander of Tennessee, chairman of the Senate health committee; and Senator Michael B. Enzi of Wyoming, the head of the Budget Committee.

The other senators in the Republican working group are from states that have expanded Medicaid under the Affordable Care Act: Tom Cotton of Arkansas, Cory Gardner of Colorado, Rob Portman of Ohio and Patrick J. Toomey of Pennsylvania.

The House bill would roll back the expansion of Medicaid, which has provided coverage to about 11 million people. The Congressional Budget Office said the bill’s Medicaid changes would save more than $800 billion over 10 years.

Savings would shrink if Congress allowed states to keep some or all of the Medicaid expansion.

For several weeks, senators have been working on possible changes to the tax credits offered in the House bill to help people buy insurance. Mr. Thune, for example, is drafting a proposal that would make the tax credits more progressive.

To people who do not have coverage at work or under a government program, the House bill would offer tax credits ranging from $2,000 to $4,000 a year, depending on age. A family could receive up to $14,000 a year in credits. The credits would be reduced for individuals making over $75,000 a year and families over $150,000.

Mr. Thune, not wanting to create a new middle-class entitlement, would like to provide more financial assistance to lower-income people and less to higher-income people.

Senators are also focusing on the difficulty of administering the tax credits in the House bill, which could be used either inside or outside the public insurance marketplaces, or exchanges.

Under the Affordable Care Act, the exchanges perform a vital role, determining whether consumers are eligible for premium tax credits, which, in most cases, are paid directly by the Treasury to insurance companies on their behalf. Under the House bill, consumers could get the tax credits without going through an exchange.

The Internal Revenue Service has expressed concern. The House bill, it said, “appears to greatly expand I.R.S.’s current responsibilities” and “could impose significant costs and administrative burden” on the agency.