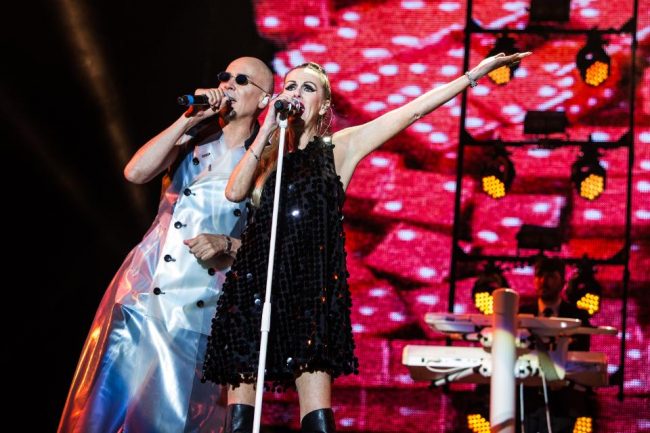 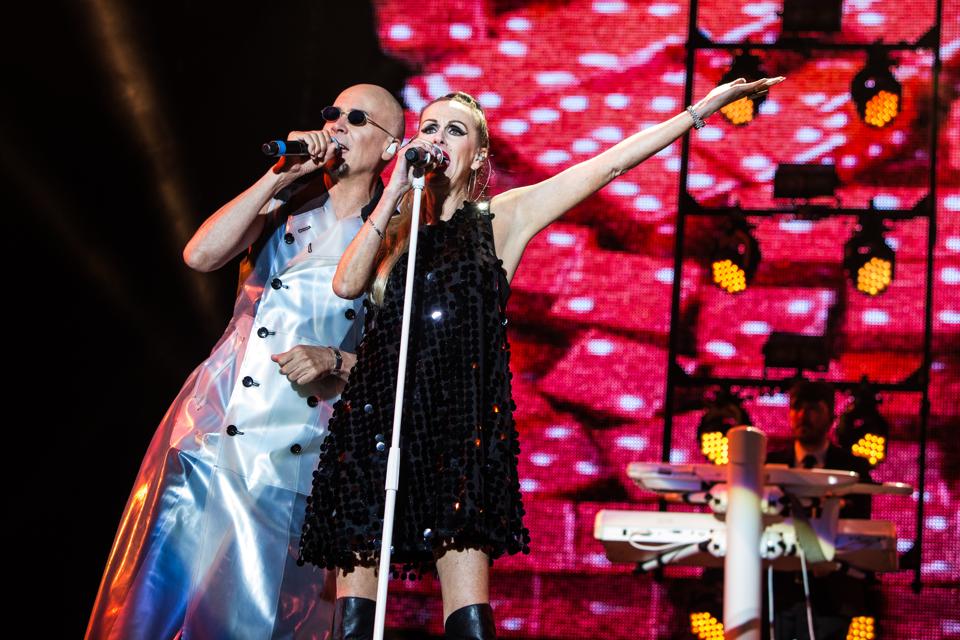 Years after the big hair, skinny ties and leg warmers had faded, ’80s pop music from MTV’s early golden era still remains popular as ever. Proof of that is the current concert events in the U.S. that feature ’80s acts sharing the same stage and performing their greatest hits. Some of those events like Lost ’80s Live, Retro Futura, ’80s Weekend, and The ’80s Cruise — whose performers have included Howard Jones, Berlin, China Crisis, A Flock of Seagulls, the Motels, Rick Springfield and Loverboy — allow fans who are now in their 40s, 50s and 60s to indulge in nostalgia.

Perhaps unknown to most casual American music fans, the U.K.-based Rewind Festival has elevated that ‘80s music nostalgia to grandiose heights. A Generation X version of Coachella or Glastonbury, the Rewind Festival — now entering its 11th year this summer — is a weekend event held on three different dates and at three separate venues in Britain: Rewind Scotland (Scone Palace, Perth, July 19-21); Rewind North (Capesthorne Hall, Macclesfield, August 2-4); and Rewind South (Henley-on-Thames, August 16-18). The different line-ups at the three venues feature performers who achieved success from that era: among them are Big Country, Bananarama, Cutting Crew, Midge Ure, Level 42, Paul Young, Bananarama, Tiffany and Johnny Hates Jazz. Even a number of acts from the ’60s and ’70s, including the Four Tops, Lulu, Bryan Ferry, Foreigner and Gloria Gaynor, are also appearing at the festival.

The British duo Wang Chung — best known for such ‘80s hits “Dance Hall Days” and “Everybody Have Fun Tonight” —have previously appeared at Rewind; this summer, they’re performing as part of the Lost ’80s Live tour. “I love it personally,” Nick Feldman, the group’s bassist, recently said about these ’80s retro concerts. “People who go to those shows want to hear the hits.”

Katt Lingard, Rewind’s event manager, attributes the festival’s longevity to the fans’ loyalty to the artists. “They will come back to Rewind year after year to celebrate, reminisce, dance and have a good time listening to the music that was really special to them,” she explains. “All these songs and this music are what still resonates with them. The ‘80s was such a seminal decade of music, that generations of families all enjoy it. They’re the staples of every wedding and playlist you hear.”

The first Rewind Festival started in 2009 by David Heartfield of the entertainment company Impresario. “I had an event all set-up, but no main bands to play at it,” he recalled in an interview. “Carol Decker [of the group T’Pau] suggested we get a few ’80s bands together – and the rest is history.” A few years ago, Impresario sold the festival to the London-based radio company Global.

“In the U.K., we’ve been going the longest,” says Lingard about what sets Rewind apart. “We saw there was such a demand for this. I think the artists appreciate that we were really looking at this market and audience, and celebrating their talent.”

As part of her duties, Lingard is involved in booking the talent. She and her team start off with a long list of potential performers and ask such questions as: Are they still touring? Are they still performing? And are they available? Is this show something they can fit alongside their other commitments? “It’s trying to get a good balance of artists from the U.K., but we also quite often find artists from America,” she says. “There are some artists that our audiences love to see back every year, like Midge Ure, Belinda Carlisle, Heaven 17. They’re almost institutional—they’re really part of the fabric of Rewind.”

The age demographic of Rewind’s audience is generally between 35 and 60. “We get a lot of big groups for birthdays, anniversaries, bachelorette and bachelor parties,” Lingard says, “and people just wanting to get together who haven’t seen each other all year. It’s a bit of a shameless weekend of fun.”

Because it is a multi-date/multi-venue event, the festival presents a logistical challenge for the organizers. Lingard compares mounting the Rewind Festival to running a tour. “While we are building one [event], we’re preparing for the next two. While we’re on site in Scotland, we’re still selling tickets and fielding inquiries for the next two events. It becomes a well-oiled machine by the time we’ve done one, everyone’s warmed up. You get to the next one [Rewind North], which is near Manchester, and we do an even better job. By the time we get to Rewind South [in Henley-on-Thames], we’re on all cylinders.”

More than just the hit songs, Rewind is a stroll down memory lane for attending Generation X’ers who are now older and raising kids. In addition to camping, the festival offers ’80s-themed grown-up and family-oriented activities from comedy to karaoke to dancing. Says Lingard: “A lot of our family-friendly activities are all based around parents being able to share with their children some of the toys and games they used to play when they were younger. There’s something really nice about Rewind celebrating the decade of the ‘80s overall as opposed to just the music.”

Not every artist is available to play at Rewind, and as Lingard acknowledges, “we’re starting to get to the point where they’re not making anymore ’80s acts.” Thus, the organizers are looking into the possibility of expanding the field of artists. “The ’80s were so vast with disco, rock, New Wave and pop,” she says. “Should we start looking at artists who were not only popular in the ’80s, but also in the ’60s and ’70s, like the Jacksons? They were popular in the ’80s, but they spanned decades. So we’re trying to make sure we can keep bringing new artists to people that they haven’t seen before, but keeping the real 80s classics.”

In the end, Rewind is an opportunity for attendees to relax, enjoy themselves and leave their responsibilities at the door, according to Lingard. “They’re just there to sing, dance, dress up, and enjoy the music,” she says. “There are friendships made at our campsites where these same people are now meeting up year after year and to camp together at Rewind. It’s just being about yourself and having a really good time.”