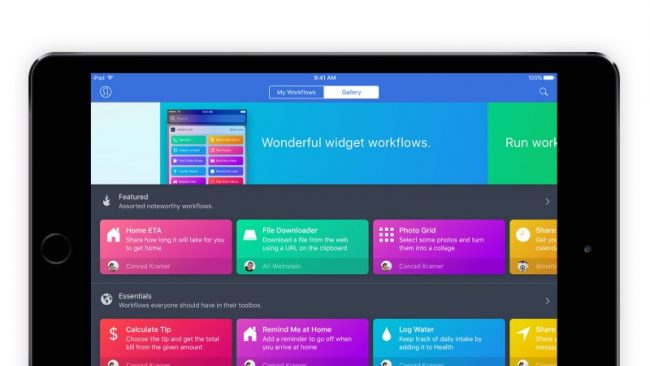 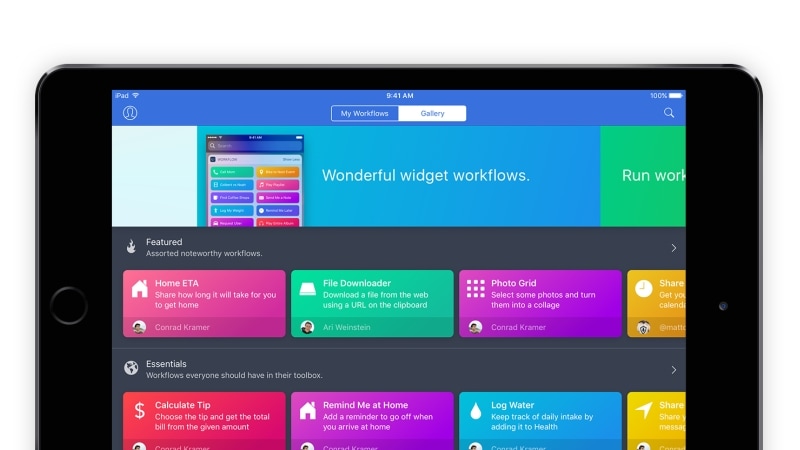 Apple has acquired Workflow, a productivity app on iOS. Workflow lets you chain multiple actions to create tasks that you can activate with just one tap or sometimes not even that. If you’re the sort of person who’d like to check your calendar for free times and share it with people, Workflow lets you create a one-tap action for this. Similarly, you can create a whole bunch of actions such as making a gif from the album art on Apple Music, among many others.

Workflow’s acquisition was first reported by TechCrunch but the report said financial details were not known. The move could mean that Apple realised that Workflow’s automation tools are something it can’t build on its own and that iOS and watchOS could use these tools. If we were to speculate, we’d go so far as to say that we’d see more productivity and automation oriented tools in future versions of iOS, maybe even as soon as iOS 11 that could be announced at WWDC 2017 in June.

While the iPhone is Apple’s leading breadwinner, the iPad is where productivity oriented tasks have more value. With the launch of two models of the iPad Pro, Apple has made it abundantly clear that it intends to push the iPad as a productivity device for professionals. It will be interesting to see how Workflow is integrated into iOS and whether it can help turn the iPad into a device that replaces a laptop for many people.

While Workflow’s acquisition does appear to be good news for Apple and its customers, the people who use the app may not be so chuffed. The latest update of Workflow removes support for several actions that compete with Apple products. Release notes inside the app show that maps actions in Workflow now support only Apple Maps, the Translate Text workflow is powered by Microsoft Translate, and workflows that involve Uber, Telegram, Google Chrome, Pocket, Line messenger, or Google Street View are no longer supported.

This is a typical big company move after acquiring an indie app. They tend to remove some of the app’s best features because those support products that compete with the acquiring company. We saw a similar thing when Amazon acquired Comixology, an independent comics app. The first thing Amazon did was remove support for buying comics via the Comixology iOS app, as 30 percent of the value of every purchase through the app goes to Apple.

The biggest deal-breaker for those who paid for Workflow, however, could be that Workflow gallery submissions are also gone for good. Workflow gallery is a curated showcase inside the app that helps people discover new workflows. We’ve found some of our favourite workflows through this feature and it looks like we’ll have to be content with workflows that are already in the gallery.

We’re big fans of Workflow, as we noted in our review of the app , and the app has only gotten better over time. It even won an Apple design award back in 2015. However, some of the features removed make it a lot less useful now so we’re just going to hope that the app’s integration with iOS will make Apple’s mobile OS a lot better in the future.