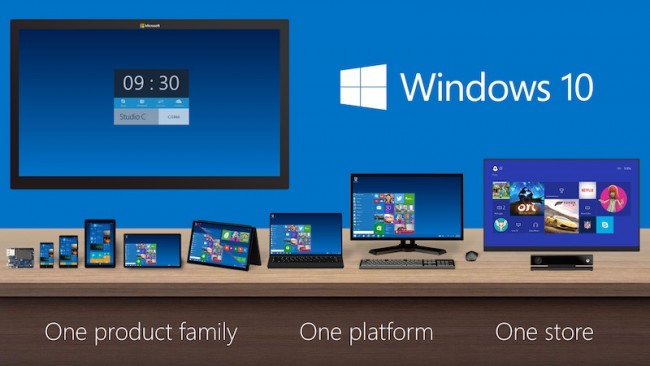 It’s no surprise that Microsoft is planning to merge the Xbox One and Windows PC ecosystems. One of the many steps in that direction is bringing Cortana and Windows 10 to the Xbox One as well as a host of one time Xbox Oneexclusives to Windows 10. Something that we should know more about at E3.

But with dipping into the PC gaming space, Microsoft plans to ignore other storefronts such as Steam. Instead it focusses on keeping its games exclusive to the Windows Store. If our experience with games like Gears of War: Ultimate Edition and Quantum Break are any indication, it isn’t the most user friendly option for consumers.

And it appears that we’re not alone in thinking so. Gaming blog Kotaku interviewed a host of game developers who worked at the now shuttered Microsoft-owned Lionhead Studios which was working on Fable Legends. According to them, the Windows Store is not where it should be.

“When we started the project we weren’t aware of Windows 10,” says a source. “We were going to ship on Xbox One initially and then we wanted to come out on PC at a later point, most likely though Steam. But we got burnt quite badly.”

Furthermore, despite Microsoft claiming widespread adoption for Windows 10, the Windows Store in itself “is a giant disaster.”

“Without Steam, without other platforms, it was just painful,” says another. “The Windows Store is a giant disaster. It’s on fire. 98 percent of PC copies of Rise of the Tomb Raider, a flagship Windows 10 game, were bought on Steam. The same is true for Minecraft. That hurt us, too. The store’s a mess; the number of people who couldn’t even install the game from the Microsoft store was… significant.”

As per the eagle-eyed forumgoers on NeoGAF who correlated this with Steamspy – a service that gives insight into sales data for games on Steam, this would translate to around 15,000 units sold on Windows 10. A microscopic number when compared to the Windows 10 installs the Redmond-based company has been touting.

Infact Kotaku’s sources claim that Windows 10 installs were nowhere close to what Microsoft envisioned. This was one of the reasons why Fable Legends and Lionhead were scuppered.

“Let’s be honest – we make our projections based on a series of assumptions,” reflects a former employee who worked closely with Microsoft. “There are supposed to be 2x as many Xboxes out there as there are right now. There are supposed to be 2x as many Windows 10 installs as there currently are. So now, when we look at how much money Legends could make in the free-to-play universe, you have to halve it. Because we can only reach half the audience that was projected.”

This isn’t all, it appears that Microsoft’s other big properties – Halo and Minecraft have not been meeting expectations.

Considering how Halo 5’s price dropped barely a week post-release it would appear that sales targets were missed on the latest entry in the sci-fi FPS series. However in the case of Minecraft it seems odd. This is because the game is selling around 50,000 units a day.

In the past Microsoft has been quiet on downloads or any form of metrics related to the Windows Store, preferring to talk up the number of users on Windows 10 and Xbox. This could explain why. And it would not bode well for its potential convergence of Windows 10 and Xbox. It could lose more than it has to gain.

Then again, given that this information comes from those who have been recently laid off by the company, there is the possibility that the potential for doom and gloom could be overstated. How this eventually pans out will be seen in the months and possibly years to come.