Cellular networks being what they are in India, there are plenty of times when you end up stuck on a slow 2G connection, where nothing but WhatsApp works. And let’s face it, being offline is something most people would rather avoid. In such a situation you can either go around looking for Wi-Fi networks and try asking people to share Wi-Fi passwords, or try an app like WiFire.

WiFire finds all open Wi-Fi networks around you and helps you navigate to them. The app shows you how far you are from the nearest public Wi-Fi network and even the speed of the network. There are plenty of apps that do the same thing but some are spammy, some are scammy, and many of them don’t have a great database of Wi-Fi networks in India. WiFire is not like those apps.

We tested the app with six Wi-Fi networks in various locations across Mumbai. In our tests we observed that the app is great for locating Wi-Fi networks at railway stations, airports, and coffee shops, but it may not be the most reliable service for hotel Wi-Fi networks.

We went to two different coffee shops hunting for Wi-Fi and the connection was decent in both places. However when we saw a hotel near the airport on the app, our search for Wi-Fi was fruitless. The app said there’s a Wi-Fi network called “Orchid” but when we reached the spot, we found an open Wi-Fi network called “Hotel Bawa International” instead, which we couldn’t connect to. 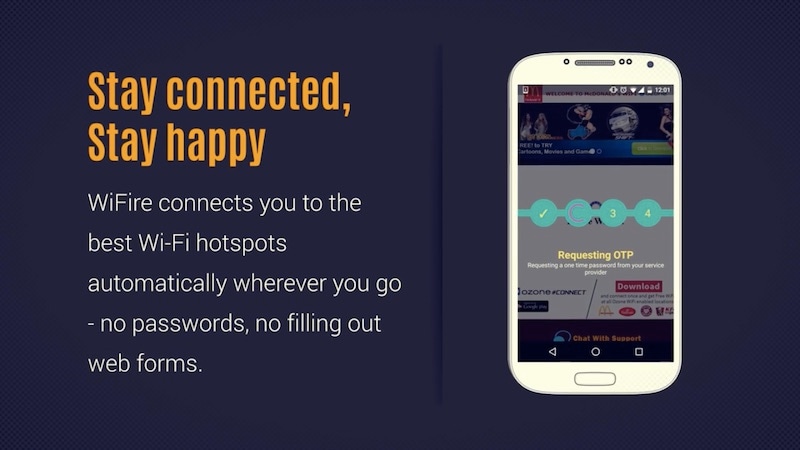 We also tested the app at the airport – the Wi-Fi network there needs you to log in with an OTP, and WiFire actually lets you automate this whole process. That part was pretty great. On the other hand, the fact that the app did not first try to connect to the network, and then did not successfully automatically log in on our first two tries, was annoying. This test was carried out on Android and the auto-login feature did work from the third try onwards.

It’s worth pointing out that the app takes permission to switch your Wi-Fi on or off, to read your messages (in order to detect OTPs) and requires your phone number (to fill the forms), and either a social login or your name to sign up for the app. That’s a huge amount of personal data and access you’re handing over for the convenience of using this app, but it’s similar to what other apps like WhatsApp use to achieve similar functionality when dealing with OTP.

Another worrying thing is that the app doesn’t really warn you about the dangers of open Wi-Fi networks or offer tips on how to stay safe when logging in to these. You’re sending a whole lot of sensitive data such as passwords over an unsecured connection. This can leave you vulnerable to hackers. You should at least use some kind of a VPN to try and shield sensitive data.

As far as looks and design are concerned, WiFire is just about alright. It’s not the best looking app out there but it gets the job done, which is all that matters. It located some Wi-Fi networks we weren’t aware of even though these were practically within walking distance from our home. It doesn’t always have an estimate for the speeds you can expect but when it did we found the numbers to be reasonably accurate. 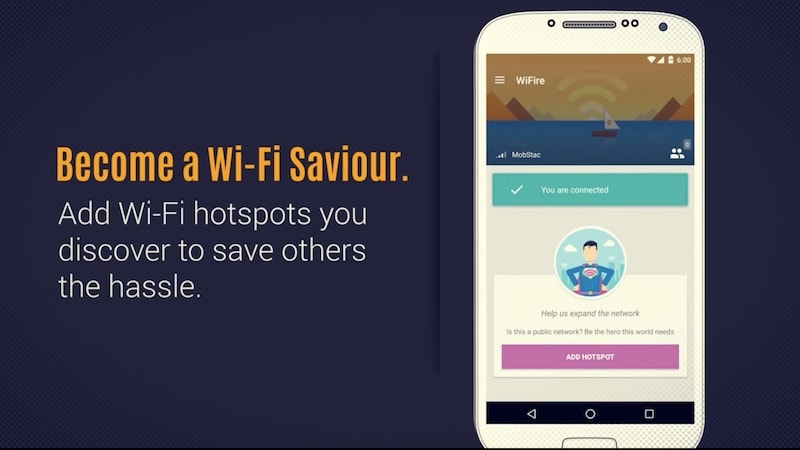 The app also lets you add Wi-Fi networks to its database. This opens up a bit of a potential for misuse because guests you’ve shared the password with can put your home Wi-Fi network on the database. Most people would rather not have their Wi-Fi network data shared with a private company.

We tested WiFire on iOS and found a couple annoying bugs. The app keeps saying that it will open Wi-Fi settings when you try to connect or add Wi-Fi networks. But this never happened even though we pressed the correct button. It’s a bit of a shame that such a basic feature slipped through the developers’ net but there’s always hope that it’ll be fixed in future versions of the app. If it’s something that’s not possible due to limitations of iOS, then the button shouldn’t be present in the first place.

The developers claim that the app has over 4,500 Wi-Fi networks listed across India. We found plenty of them in the localities we visited in Mumbai so the number could be accurate. Outside India, the app can show Wi-Fi networks at airports and Starbucks outlets in the US, apart from some locations in Singapore, according to the developers. This app could be very useful for people visiting India from other countries, particularly those who don’t have a local SIM. As long as they manage to find one open Wi-Fi network (say at the airport) to open the app, they can find nearby open Wi-Fi networks. Overall, WiFire is a free app for Android and iOS that should be very useful for travellers and others who are always on the lookout for a Wi-Fi connection.