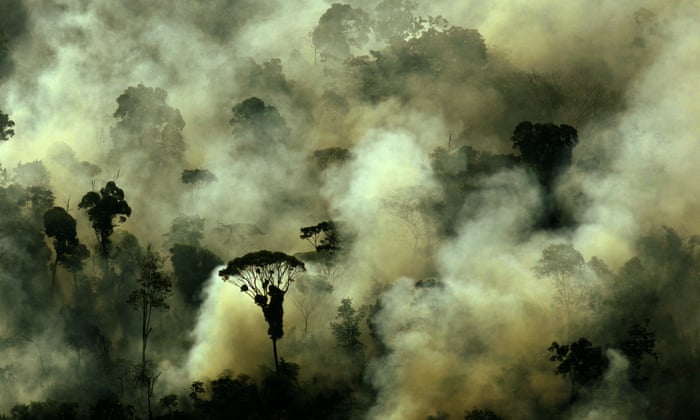 In 2016 deforestation in the Amazon rainforest increased by 29%. Photograph: Bruno Domingos/REUTERS

For years some environmentalists and economists have argued that you could pay people to keep their forests standing, maintaining carbon sources and habitat for threatened species. Yet, the idea – known as payments for ecosystem services or PES – has faced critics, who argued it wouldn’t live up to the hype. A new study in Science this week may make them think twice.

“We needed better evidence about how well this approach worked in order to know if we should be scaling it up or rethinking it,” said Seema Jayachandran, lead author and development economist with Northwestern University.

To really test PES, Jayachandran and her team went to the Hoima and Kibaale districts of Uganda – where deforestation for charcoal production is rampant – and randomly sorted 121 villages into two categories: those that would be offered money for not cutting their trees and those who wouldn’t. In the former, the local NGO Chimpanzee Sanctuary and Wildlife Conservation Trust (CSWCT), offered a contract to pay local landowners 700,000 Ugandan shillings (about $28 in 2012, or about £21 today) per hectare of forest left uncut annually. Locals could join up or keep cutting while CSWCT would monitor the progress to make sure those who signed on were compliant.

After two years, the team analysed progress. In villages where locals were paid to keep trees standing, the deforestation rate was 4.2%. While this was high, it was nowhere near the rate in those villages that weren’t paid, which saw 9.1% of forest cover destroyed in just two years. Compared to business-as-usual, the PES programme significantly slowed forest loss. The result was even more impressive given that only about a third of locals approached by CSWCT signed on.

“I’m not surprised that the programme reduced deforestation, but I am very surprised by how big the impact was,” said Jayachandran. She expected that the team might find that less deforestation in the selected villages would lead to more deforestation in outlying areas, an economic problem known as “leakage”. But satellite imagery showed no evidence of this.

It is not the first time payments have been made to keep forests from being cut down – it has been done in Costa Rica and Mexico – but it is the first time researchers have set up a real-time field experiment, including a control group to tell them how the programme worked versus deforestation-as-usual.

“Evidence from this gold-standard randomised controlled trial corroborates other evidence,” said Jonah Busch, a senior fellow at the Center for Global Development who was not involved in the research, adding that “paying people to keep forests standing can be a cost-effective way to reduce deforestation and thus fight climate change.”

The researchers found that their approach was highly cost-effective. It cost them just $2.60 to avoid a metric ton of CO2 in the atmosphere. The current price of a ton of CO2 on the market is €5.12 ($6.05), but the estimated social cost is much higher: the US Environmental Protection Agency in 2012 estimated that a ton of CO2 kept out of the atmosphere was worth $39 – 15 times higher than paying Ugandans not to cut down their forest.

While the study – and the media coverage – has focused on the carbon benefits, standing forests also provide habitat for species. In an age of potential mass extinction, recently described as “biological annihilation” by researchers in a controversial paper, this is arguably just as important.

“The Ugandan government’s motivation for wanting to protect the forest was really biodiversity,” Jayachandran said. The villages are situated in a biological hotspot, home to 13 species of primates, including the eastern chimpanzee which is considered endangered due to deforestation, hunting and rampant snaring that has left a generation of chimp amputees.

Jayachandran said she “hopes” that their study “would inspire others working on conservation to evaluate their programmes’ impacts through ‘field experiment’.” Many of the ideas under the new conservation philosophy banner – such as PES – have not been rigorously tested, despite being implemented by many of the world’s largest conservation groups.

Unfortunately, the funding for the Uganda initiative has run out, but Jayachandran hopes that its success will convince funders to kick-start it again with CSWCT – and expand it.

Busch said the “missing piece” in combating global deforestation is not good ideas, but funding from wealthy countries.