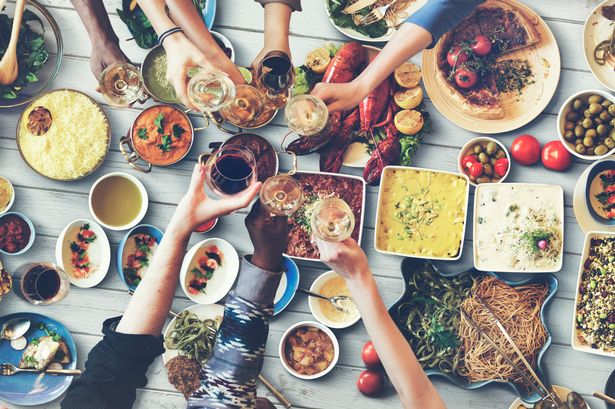 Celebrating the very best of Cambridge food and drink!

When we launched Cambridge Food & Drink Awards, four years ago now, our local food scene was on the cusp of greatness; fast-forward to today and it’s truly great.

Barely a week goes by without a new producer, street food vendor, coffee shop or restaurant riding into town: the food and drink offering in and around the city is now more varied, vibrant and delicious than ever.

These awards celebrate that fabulous food and drink scene – and, most importantly, pay tribute to all the innovative and hard-working people behind it.

Held in association with our sister title Cambridge Magazine and The Cambridge Roar –the festival of charity events which raises funds for East Anglian Air Ambulance, Cambridge United Community Trust and city hospice Arthur Rank – 2017’s awards will be run in just the same way as before.

Designed to give credit where the people of Cambridge consider it due, members of the public are invited to nominate their favourites across 10 categories.

Last year saw a record number of nominations – almost 500! – proof, if it were needed, that our corner of the country is a real foodie hot spot.

The three businesses or individuals with the highest number of nominations in each category will make the shortlist.

The winners will then be selected by our panel of independent expert judges, and announced at an elegant afternoon tea party at Quy Mill Hotel & Spa on August 3.

The awards are open to all food and drink companies within Cambridge News & Media’s circulation area, ie the city and its surrounding towns and villages.

Time is running out for you to nominate your favourites: simply visit cambridge-news.co.uk/Food-and-Drink-Awards before midnight on July 6; nominating takes a matter of minutes.

With Cambridge’s food and drink offering expanding – and becoming more delicious – by the day, there’s plenty to shout about. So go on. Get those nominations in.

Producer of the Year

Whether they grow fruit or veg, bake bread or cakes, cook pickles or preserves, brew booze or blend tea, we’re looking for a producer at the very top of their game.

The size of the business – whether it’s a cottage industry or large-scale operation – doesn’t matter: it’s all about the passion of the person in the driving seat and the quality of their end product.

If you know someone who makes unbeatable sweet treats, provides an unrivalled veg box service or mans the best butchery counter for miles around, we want to hear about it.

Farm Shop/Deli of the Year

We’re looking for a place which makes grocery shopping a pleasure, not a chore – where store-cupboard staples sit alongside the nicest of surprises, and plentiful local produce rubs shoulders with national and international specialities.

The common denominator, in terms of stock, should be quality: whatever’s on the shelves should be the best in its class.

Top customer service and a genial atmosphere are also key; this should be the kind of shop which invites you to explore and enjoy, rather than stock up at a rate of knots.

A café serving home-made nosh is a cherry on top.

Pub/Bar of the Year

This category spans every kind of watering hole – from country pubs, all real ales and roaring fires, to city centre bars, with their master mixologists and trendy interiors.

But all the nominees should have one thing in common: they stand out from the crowd, head and shoulders above their competitors.

Along with an interesting and intelligently-curated drinks offering, skilled staff and a buzzy vibe are essential.

Pubs and bars haven’t had the easiest time in recent years, thanks to cut-price supermarket booze and the smoking ban.

But those who’ve raised their game are seeing real success – and we want to raise a glass to them.

Tearoom/Coffee Shop of the Year

If the last three years are anything to go by, this category is set to be among the most hotly contested.

The number of tearooms and cafes setting up shop in and around Cambridge is growing as fast as our collective appetite for brews and bakes – which means there are more contenders now than ever.

Whether it’s a chintzy-china tea room that serves superb scones and the loveliest loose leaf or a cool café that bakes its own bagels and brews the best of coffee, if it’s top-notch, we want to know about it.

Street Food/Pop-up of the Year

If the frenetic pace of modern life has a silver lining, it’s surely the rise and rise of good food on the go: the busier we are, the greater the demand for on-the-doorstep street food and impromptu pop-ups.

Cambridge has become a real hub for this brand of foodie enterprise: from classics like burgers, crepes and ice cream to raw, vegan, middle and far eastern treats, it’s all on the menu.

The winner of this award will be someone who’s ploughing their own culinary furrow – and bringing something top-quality and truly unique to the table. They don’t just eat and drink their product, they live and breathe it.

Takeaway of the Year

Let’s be honest: takeaway food doesn’t always get the best of press.

We’re looking for an enterprise that proves the naysayers wrong – by offering fresh and delicious dishes, made with skill and quality ingredients, and served with speed and a smile.

In short, we’re looking for quality on all fronts.

Whether it sells stellar stone-baked pizzas, burgers made from best Abderdeen Angus, fish fried in brilliant beer batter, curries cooked to cracking family recipes or dinky dim-sum steamed to perfection, if you’ve got the place on speed-dial, we want to know why.

This category is open to anyone who works in the food and drink sector, from baristas, mixologists and sommeliers to bread bakers, cake makers and chefs.

We’re looking for someone who’s recently arrived on the Cambridge scene but is already making their mark: someone who combines raw talent with real skill; someone whose flair and commitment puts them in a class of their own.

Whether you know a masterful maître’d, a cake decorator who leaves Jane Asher for dust or a chef that deserves a star, put their name in the hat.

Restaurant of the Year

Not so long ago, dining out in and around Cambridge presented just two options: either you splashed out on a few-and-far-between top-flight restaurant, or plumped for a common-or-garden High Street chain.

How times change: thanks to a surge in indie ventures, these days we’re thoroughly spoiled for choice.

Spanning gastro pubs right through to Michelin-starred restaurants, this category’s aimed at establishments which put fine food and drink centre stage – but also offer the very best service and ambience. Dining out’s not just about refuelling, it’s about enjoying an experience; we want to know who’s ticking all the boxes.

Chef of the Year

The reputation of any eaterie rests, in large part, on the shoulders of its head chef. Not only do they devise the menu, they set the tone.

We’re looking for someone for whom cooking is more than a job, it’s their life; someone who always goes the extra mile in the kitchen, creating dishes which showcase their skill, imagination and ingredients to delicious effect.

Whether they’re making traditional roast dinners or pushing the culinary boundaries with fancy foams and gels, the nominees in this category should be delivering top-quality menus time after time.

This award pays tribute to someone who’s genuinely outstanding in their food or drink field.

Whether they work in a bar or a restaurant, a street food van or a market, we’re looking for a person who goes above and beyond to deliver excellence and also flies the flag for the local food community.

If they’re your food and drink hero, they could well be our judges’ too – so make sure you send in your nomination.

We’re delighted to announce BBC Radio Cambridgeshire is broadcast partner for this year’s Food & Drink Awards: tune into Chris Mann’s Drivetime show on a Monday, for the Food & Drink Hour, to get regular updates, interviews with past winners, the lowdown from our expert judges. . .

“I am delighted that my weekday Drivetime show will be leading this exciting new and innovative partnership between Cambridge News & Media and BBC Radio Cambridgeshire,” says Chris.

“Together we are going to celebrate all that’s great about the food and drink industry in this part of the world – from the fabulous produce being grown in our fields all the way to the gorgeous delights being served up on our restaurant tables.”

“It’s a vibrant time in the industry with a host of top talent getting better and better, but also brand newcomers and start-ups challenging the established order in really creative ways. Over the next few weeks we will cast our spotlight on the very best on offer, get the views of the expert judges and put the tastes to the test – all leading up to the big awards event itself when we find out who this year’s winners are. I can’t wait to tuck in!”

We’d like to take this opportunity to thank our headline sponsor, charity events festival Cambridge Roar.

With events taking place all summer long, from June right through to September, 2017’s Roar is set to be bigger and more exciting than ever.

With programme highlights including everything from white collar boxing and a sporting heroes dinner to a fashion show and fire and ice-themed finale ball, there’s an event for everyone.