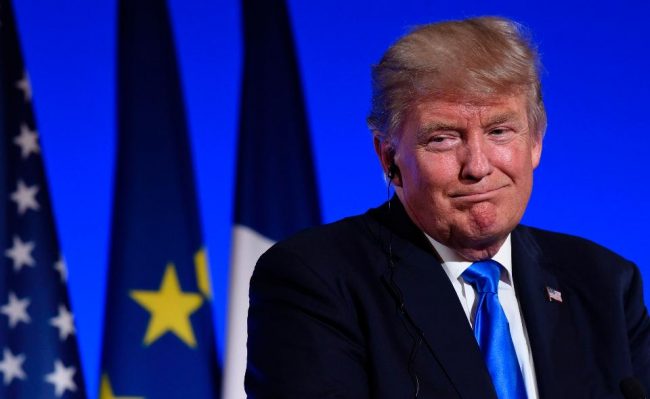 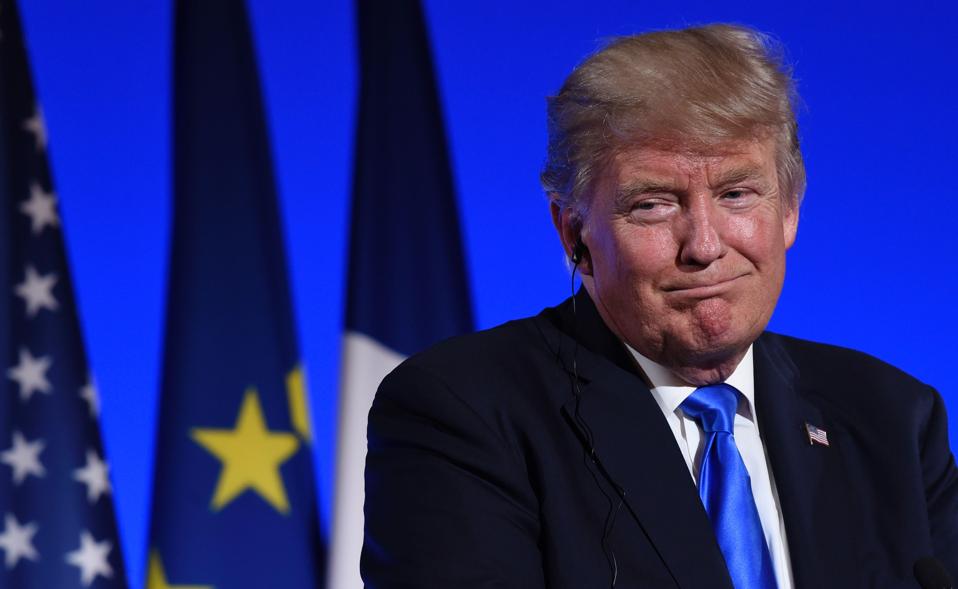 Over the last week, Trump supporters and others accusing CNN of threatening a Reddit user took justice into their own hands by leaving thousands of 1-star reviews on CNN’s mobile app. The digital lynch mob left CNN with an average rating of just one star in the Apple App Store.

CNN suffered a similar attack in Google’s App Store but was able to more easily withstand the assault thanks to hundreds of thousands of preexisting positive reviews.

CNN currently has a one-star average in the Apple App Store.

The swarms of negative reviews have left Apple and Google in a tricky situation. Do they respond, implicitly taking a political side, or do they stand by and do nothing, perhaps eroding trust in their app store ratings?

Accusing an app of publishing fake news — as many of the reviews do — does not violate terms of service. There also aren’t any “rules” against masses of people deciding to review all at the same time.

“Legally, there is not an issue here,” Matt Pinsker of Pinsker Law wrote in an email. “The fact that the ratings are based on a perception of lousy and biased reporting is no different than giving a restaurant a bad review because you think their food or service is lousy.”

Even so, both Apple and Google have decided to respond. While Google Play has worked with CNN to identify and delete thousands of spammy reviews, Apple has added an editor’s note defending the app. “We’re diehard fans of 24-hour news channels, and CNNGo combines the depth of CNN’s reporting and original programming with the instant gratification we crave.”

How Did We Get Here?

It all started when President Trump tweeted a grainy, animated GIF that depicted him in a wrestling match body-slamming a man with a CNN logo superimposed on his head.

President Trump’s tweet was the latest in a series of objections to CNN’s coverage of him and his administration. The post has since earned well over a million likes, retweets, and comments, and has quickly become the president’s most-shared post of all time.

The edited video clip was originally posted on Reddit by a user that goes by HanA**holeSolo. When organizations dug into the original poster’s history, they found an archive of racist and anti-Semitic content. One reporter, Andrew Kaczynski, tracked down the poster, and CNN released a controversial article in which they chose to keep the poster’s identity anonymous but said, “CNN reserves the right to publish his identity” should the man ever “repeat this ugly behavior on social media again.”

While Kaczynski later clarified the statement, many interpreted it as a threat from a powerful news organization to publish a private citizen’s identity. Rallying behind the hashtag #CNNBlackmail, CNN detractors questioned the network’s motives and discussed various strategies for protesting the decision. 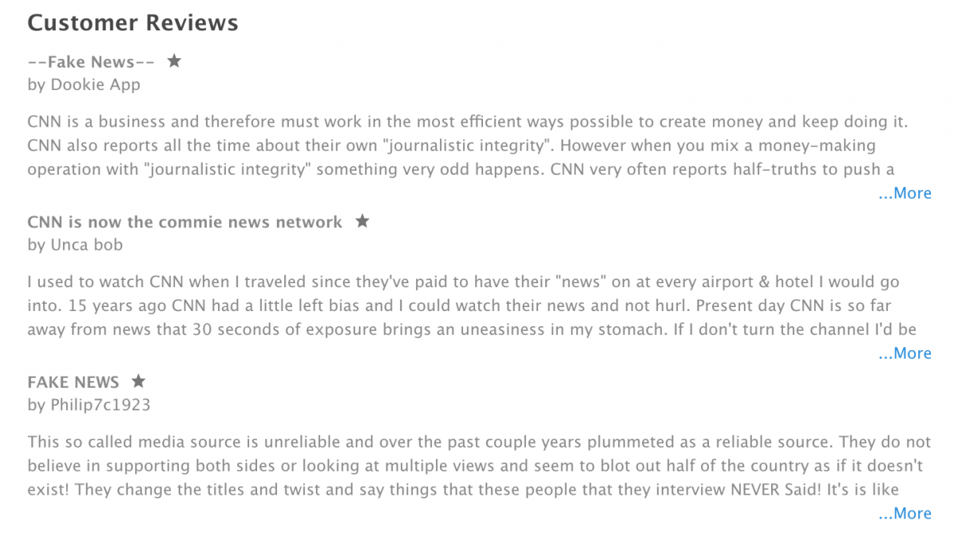 When one 4chan user started a thread called Operation: Mobile Assault, a digital lynch mob of online users took to other message boards and social media channels to spread the call to action. Thousands of negative reviews later, the CNN app is now stuck with a 1-star rating in the Apple App Store.

What Does This Mean For CNN?

In an ecosystem where each star increase or decrease often correlates to huge upswings or downswings in app downloads, attacks like this are usually of serious consequence. It can mean hundreds of thousands or millions of dollars in lost revenue for the average company.

However, in the case of a well-known media brand like CNN, the protest may be more symbolic than anything. After all, how much weight are consumers really putting on star rating when deciding to download an app from their media network of choice?

Given the other ratings of popular broadcasters’ apps, the answer is probably “very little.” The New York Times’ mobile app has a 3-star average rating, yet remains the #1 top free app under the Magazines and Newspapers category. Wall Street Journal only has a 2.5-star average and sits in the #3 position.

CNN has actually seen an increase in ratings this year, thanks at least in part to its aggressive Trump coverage. Despite the president condemning the network as #fakenews and some Trump fans nicknaming it the Counterfeit News Network, CNN hit a ratings milestone in Q2 of 2017, posting its most-watched second quarter on record in total viewers.

So in a strange turn of events, could CNN actually benefit from the assault on its mobile app?

Mario Almonte thinks so. “The controversy could actually supercharge sales,” he told me in an interview. Almonte is the President of Herman and Almonte Public Relations, and he explained it to me this way: “Trump’s divisive and combative attitude in politics has politicized brands and consumers like never before, with consumers increasingly making purchasing decision based on their political positions.”

If CNN is lucky, it may indeed turn out that way. But the situation is illustrative of how internet users have the power to collectively ruin a brand’s online reputation in a swift and frightening way. Online news spreads so quickly that it’s not uncommon for situations to easily spiral out of control when people decide to take justice into their own hands.

It’s reminiscent of the woman who got fired over her AIDS tweet. Or of Pizzagate, where a rumor twisted and turned on 4chan and Reddit forums like a dystopian version of the game telephone until people were accusing an innocent pizza parlor of leading a child sex ring. The story grew like a firestorm, and the parlor suffered death threats and hateful comments, until someone actually showed up with a rifle to investigate the theory.

If CNN didn’t benefit from both national brand recognition and deeply polarizing Trump coverage, the effects of the digital assault would likely be damning and permanent. CNN’s situation is not unique, and is just the latest in a series of stories that highlight how we are still very much in the wild west of the digital age.

Ryan Erskine is a Senior Brand Strategist at BrandYourself, where he helps people take control of their online presence. Visit his website, follow him on Twitter, and read his book here.