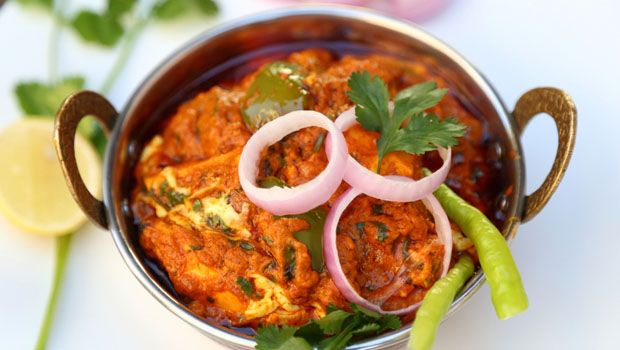 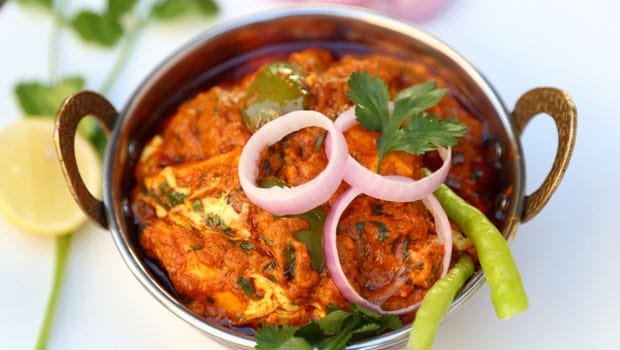 Spicy Indian curries and succulent Indian meats- both are incomplete without the use of spices. Spices are not just aromatic and flavourful, but also aid in digestion and have anti-inflammatory properties. Indian dishes are known for being a little too spicy, often getting people’s noses runny and leaving them grappling with the hot flavours. There are several states in the country known exclusively for the large doses of chillies used in their dishes. However, that doesn’t stop us from consuming more of these hot, fiery dishes!

Here are 10 extremely spicy dishes of India that you should try tasting at least once, more if your taste buds manage to survive! The dishes are starting from the Northernmost states and descending downwards.

Rista is a mouth-wateringly spicy dish from the land of Kashmir. It is made of red meat, which is usually sourced from the leg of a lamb, and a tomato-based gravy. The gravy is basically made of tomato, garlic, ginger, red chilli powder and other spices. Richly aromatic, and delightful in taste- the Rista is one of the best culinary delights from Kashmir to be enjoyed with Naan and cumin Rice. The spicy flavour of this curry is not from balls of red Mutton, but the way the curry is cooked. What better way to get the body warm on a cold-wintry morning?

Click here to know the recipe of this dish. Laal Maas is a very popular Rajasthani speciality, which literally translates to “Red Meat”.  The source of the dish’s hotness is the special variety of Rajashtani red chillies known as Mathania. The curry must be prepared with two definitive features- mustard oil, which is again native to Rajasthan; and a prominent smoky flavour. The meat used in the curry is usually Mutton, cooked with raw spices and whole red Mathania chillies. Laal Maas was an all-time favourite with the erstwhile Rajput warriors of Rajasthan, who adulated its strong spices and extreme hot flavours.

Find out the recipe of this dish here. Nagamese cuisine refers to the cuisine of the people of Nagaland; all-the way from North-Eastern India. It is often known to use several kinds of meat and some unusually exotic spices. The Bhut Jholokia, officially the spiciest chilli in the world, originated in Nagaland. It’s no wonder then that the Nagamese Pork Curry is on this list! This Naga curry has pork as its primary meat, but can also be cooked with chicken or fish. A unique feature of this dish is that it uses bamboo shoots in its seasoning. Nagamese Pork Curry is bursting with flavours and a delight for the spicy-food lover’s taste buds. 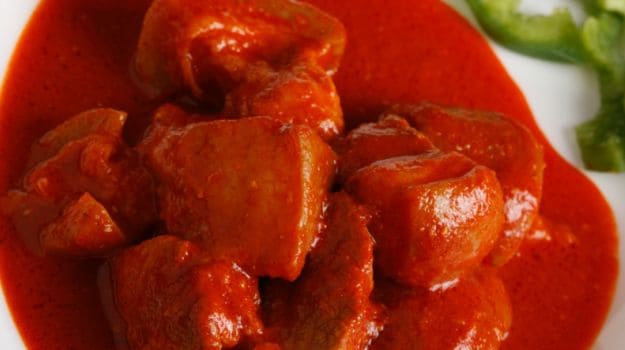 Vindaaloo is one of the most popular and well-known dishes from Goa, in Maharashtra. Its etymology signals towards the Portugese- ‘vin’ is for the vinegar, and ‘ahlo’ means garlic in Portuguese. This tingly, flavourful curry usually uses Pork meat with spicy chilli peppers, lots of garlic, vinegar and a variety of spices. Every bite of the Vindaloo satiates your taste buds and leaves you craving for more. Our advice to you before you dig into this mouth-numbing spicy curry – brace yourselves for impact!

Recipe for Pork Vindaloo can be found here.

This is the world’s spiciest curry made of Bhut Naga Jolokia, which previously held the title of being the hottest chilli in the world. The curry is made of chicken or tomato, ginger, fresh and two dried chilies, with three teaspoons of chili powder. Several restaurants offer the Phaal Curry as an eating challenge, as it is compared to a live grenade in your mouth. It was invented by British Indian restaurants, who wanted to combine Indian spices with the spiciest chillies in the world. Some people complained of burned tongues and severe vomiting after consuming the phaal curry. We’ve warned you now- eat with caution! 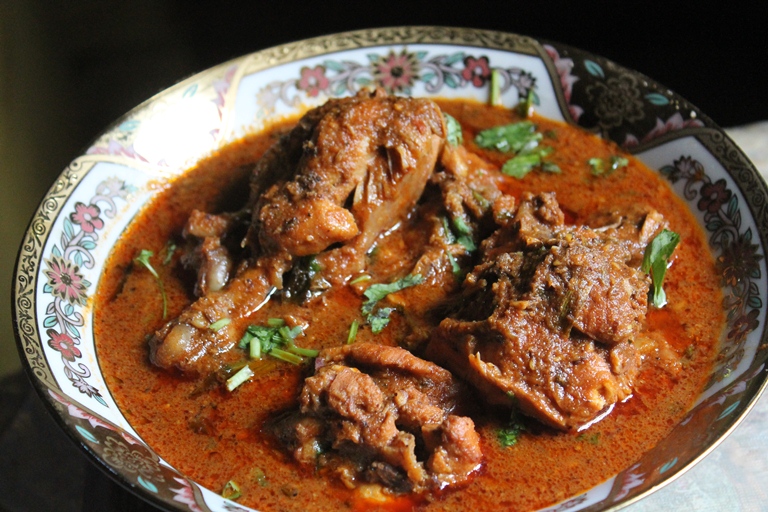 Kolhapur in Maharashtra is widely known for its exquisite spices and fiery hot curries. Kolhapuri Chicken is one of its spiciest dishes, which is chicken marinated with cloves, dried red chillies and garlic paste and later cooked in a coconut-based curry. Non- Vegetarians fall in love with its delicious taste, gorging on its hot spicy goodness and the all-famous Kolhapuri masala. Another Kolhapuri dish that gets the fire going on your tongue is the Tambada Rassa, which also has mutton as its main meat component. 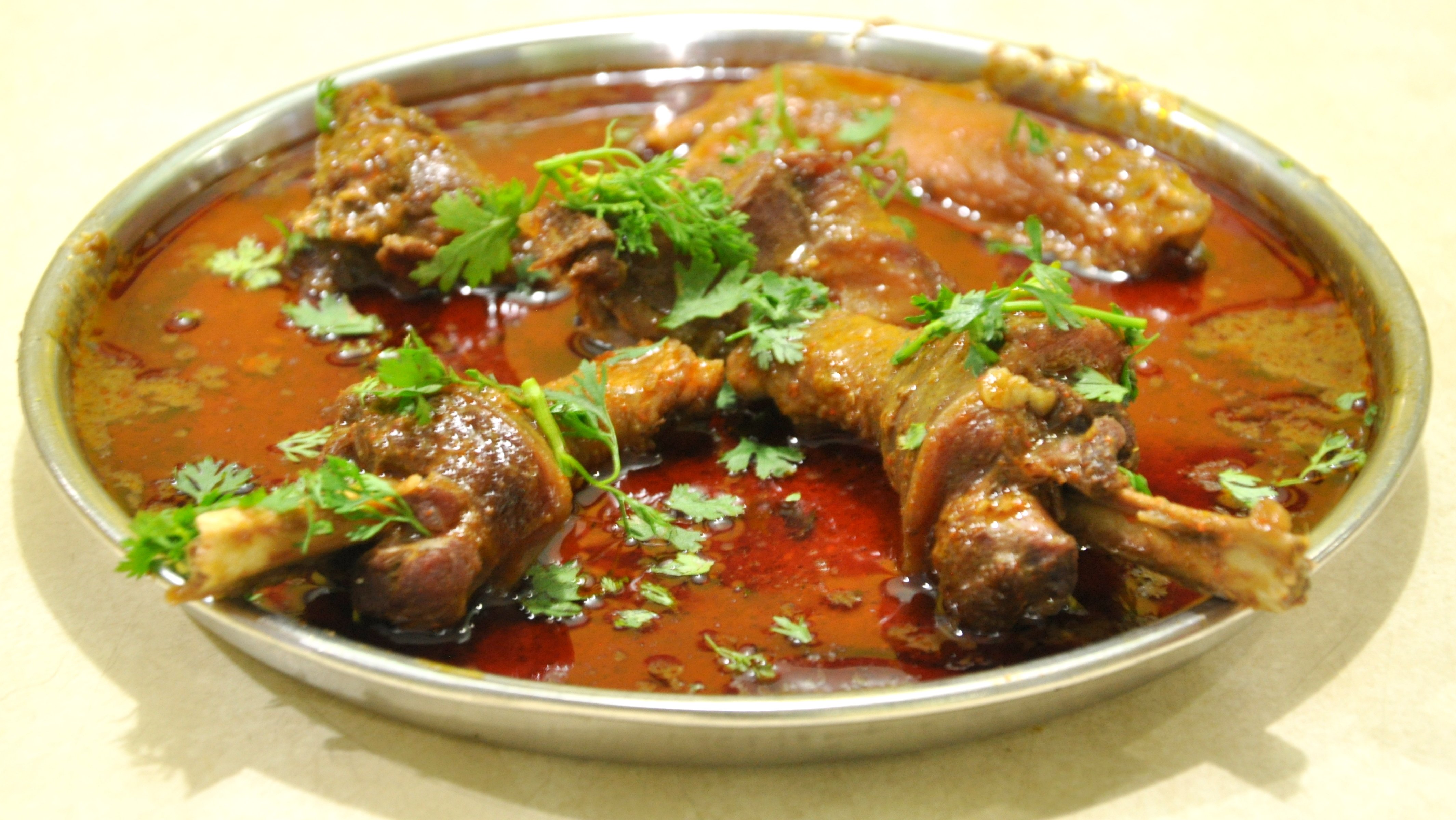 This delicious treat comes from one of the hottest cities in India, Nagpur- which is situated in Maharashtra. Tracing its roots to the Saoji community of Nagpur, their cuisine is also referred to as “Saoji Waradi”. Saoji Chicken Curry is a combination of the hottest spices you can think of, including whole ground garam masala

and some dried red chillies. Some other important spices used in the recipe are poppy seeds, powdered coconut, black pepper, dry coriander, bay leaves, grey cardamom, cinnamon, cloves etc. The spices are sautéed and the chicken is cooked along with some chicken stock, and served hot with rice. Alternatively, mutton may be used to cook this spicy curry. 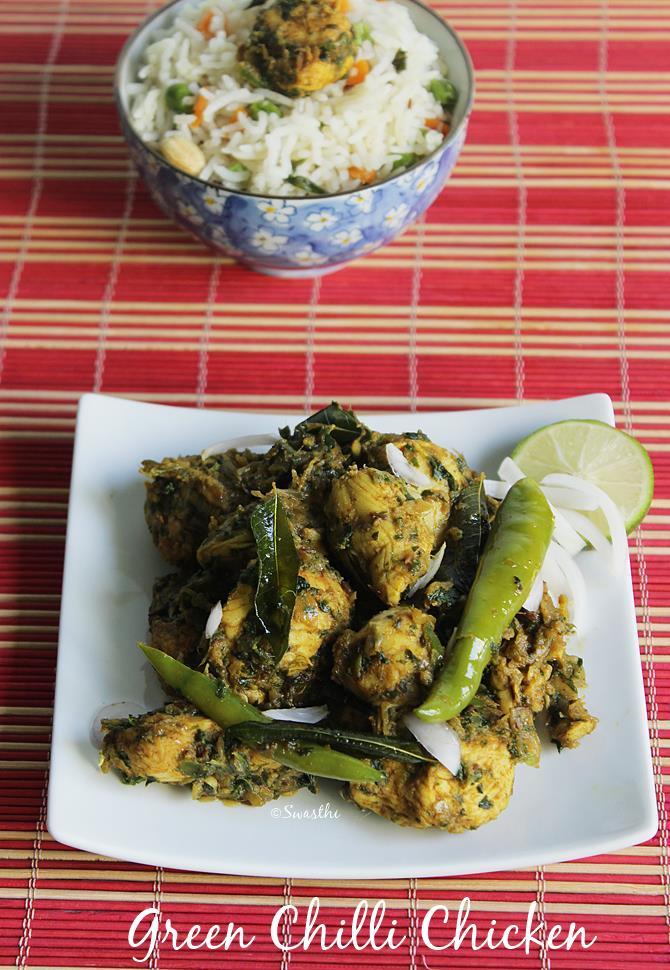 Andhra Pradesh’s cuisine uses huge amounts of chilli, and is known to burn tongues of the uninitiated. Some connote the use of the term “Andhra” in the dish solely to signify how spicy it is. The use of green chillies in the dish make it too hot to handle. Andhra chilli chicken is a boneless chicken dish, however, some people prefer having chicken with the bone too. It is a great addition to any party- whether as an appetizer or as a side dish to the famous rice Biryani. The chicken is marinated, and stir-fried or deep fried, according to the taste requirement. The dish’s colour is almost green due to the huge amount of green chillies used in its deliciously spicy flavouring; thus, this dish is also known as Green Chilli Chicken. Keep the glasses of sweet sherbet ready for this one! 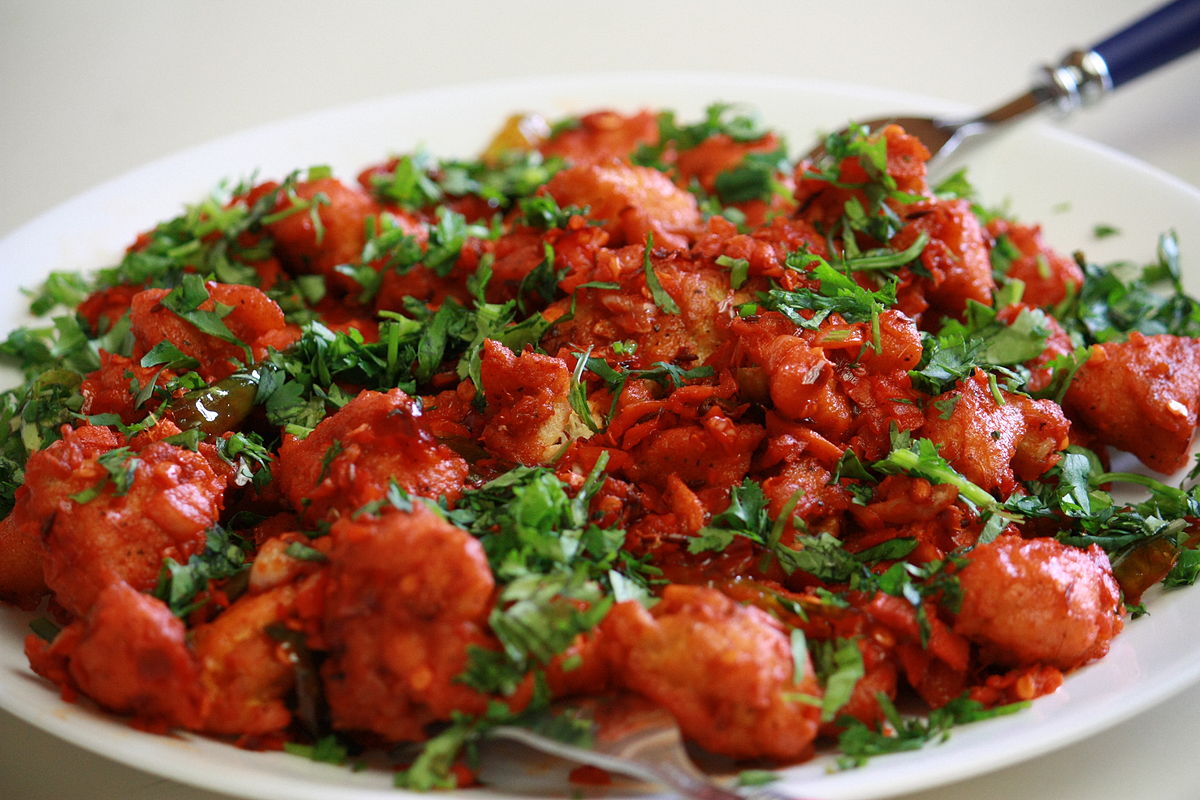 ‘Chicken 65’ is a deliciously spicy dish originally from Tamil Nadu. Made of Ginger, Garlic and Red Chillies, this dish is also garnished with coconut in its regional variation. The chicken meat is marinated in a ginger-garlic based paste, and fried till golden brown. Tamilian cuisine is in general also one of the spiciest and most aromatic in the country, especially in Chettinad. Chettinad Chicken, another dish from Tamil Nadu uses a variety of sun-dried meats such as fish, prawn, lobster, chicken and lamb. The meats are prepared along with salted vegetables, freshly ground spices, and topped with a boiled egg.

Check out the recipe here. 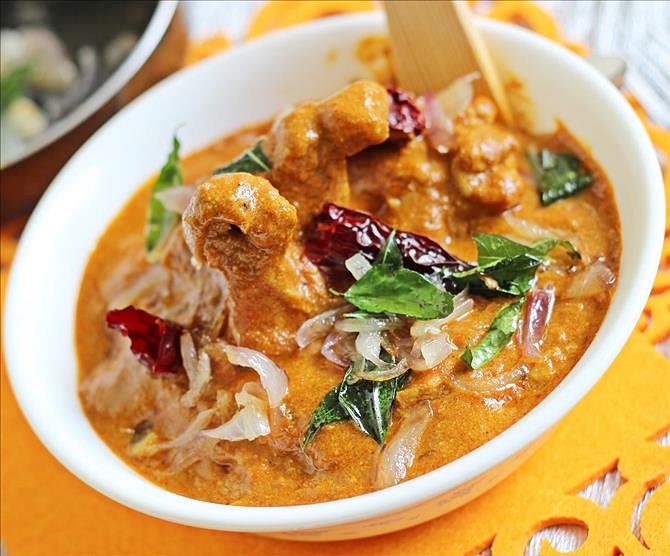 Kozhi curry is a hot, spicy chicken curry from Kerala. One of the state’s hottest dishes- Kozhi curry uses both green and red chillies in its flavouring. The gravy has a brilliant red colour, and goes well with rice, parothas and appams. Also known as Nadan Kozhi curry, it has many regional variations as well within the state itself. Coconut oil and coconut water is also used for cooking this delightfully hot curry. The chicken is also marinated in a little bit of chilli powder, thereby making the meat pieces and the curry equally spicy. So, proceed at your own risk!

No matter how linguistically or culturally diverse the various states of India may be – spicy cooking appears to be a common favourite. These fiery, hot dishes are a must try for all food-lovers; albeit along with several glasses of water and some mishri. Enjoy these spicy delicacies and let us know your experience!