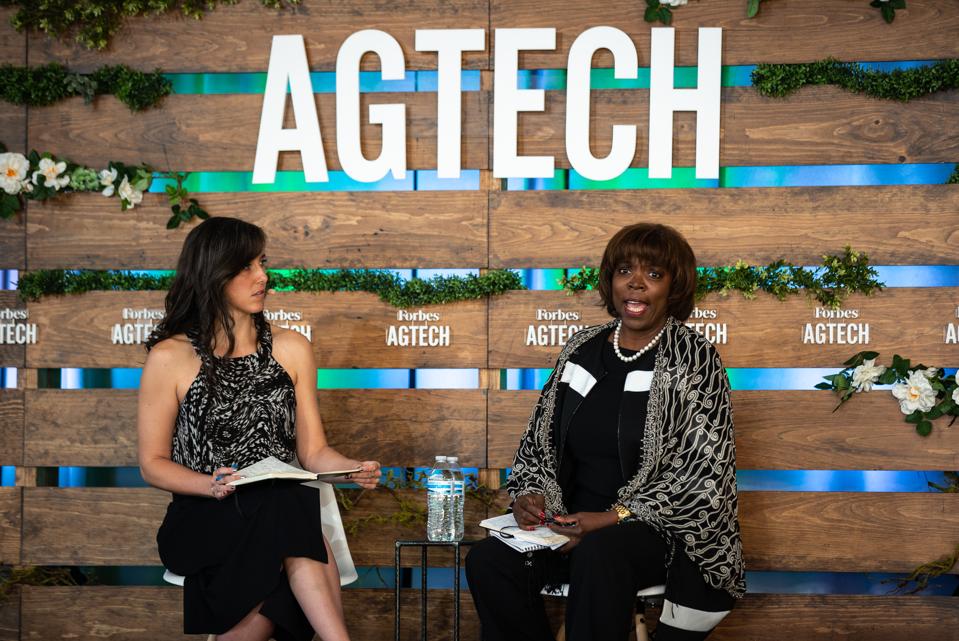 There’s a critical factor missing in often-forgotten farming communities across the United States both in rural areas and small cities: investment.

Yet entrepreneurs and investors may be blind to the opportunity available in agricultural areas of the poor and underserved. Many entrepreneurs think that providing for the poor is the responsibility of governments or an opportunity for philanthropy, Ertharin Cousin, Stanford University’s Distinguished Fellow at the Center on Food Security and the Environment, said Thursday in her keynote at the Forbes 2019 AgTech Summit held in Salinas, California.

Cousin, former executive director of the World Food Programme and Forbes’ Power Women 2016 alum, is working to bring agricultural technology to the poor and underserved through the Food Systems for the Future initiative.

Bringing new entrepreneurs to farming areas in need is critical for growth, a comment leaders across agriculture, politics and tech echoed at the AgTech Summit. Congress also passed the Opportunity Zones tax incentive in 2017 to help drive revenue to underserved communities. But more is needed. The key is to help but entrepreneurs and investors realize that market potential, as well as building resources and attractions to make them want to live there.

“It’s not just about money,” Cousin says. “It’s also about creating those wraparound services, the policies, the awareness level, the business support for the companies, the entrepreneurs themselves, that will ensure that capital is returned, and the outcome that we seek to achieve we do in fact achieve.”

Such partnerships can benefit everyone. Cities are used to getting money from the public, said City of Salinas Mayor Joe Gunter. But attracting investment from private investors – who also want to make money — changes the thought process for cities. “It makes us more responsible, and I think for cities, it gives them an opportunity to improve an area, build better buildings and have partners that will be long-term,” Gunter says.

While poor and underserved communities have different challenges that small cities, places like Salinas are also reaching for investment. It’s important to make these agricultural hotspots places that people want to live, Gunter says. This means improving downtown life for both locals and visitors by bringing in better restaurants, improving entertainment opportunities and building resources like libraries.

These people that are entering the agtech industry are a new kind of worker, who have higher skills and expect higher wages, said Dennis Donohue, director of the Center for Innovation and Technology at Western Growers. There have to be resources to attract them away from big cities, where young people tend to assume have the opportunities, housing and entertainment.

Opportunities to bring investment and businesses to farming cities are dependent on how economically feasible it is, said Pitichoke Chulapamornsri, vice president for International Business Development & Strategic Project at Crop One Holdings, Inc. His company is building the world’s largest vertical farm in Dubai, and is looking for a new farm location in the U.S. Instead of finding a location with viable land and building a business, Chulapamornsri says, Crop One wants to find a viable business and then find land with equal opportunity.

And when there’s opportunity and vitality, agriculture-based cities will attract entrepreneurs and investment. “You’ve got to make it so they want to be here, this is the place,” Gunter says. “Because if they can afford to live here, they are going to come here with their businesses.”