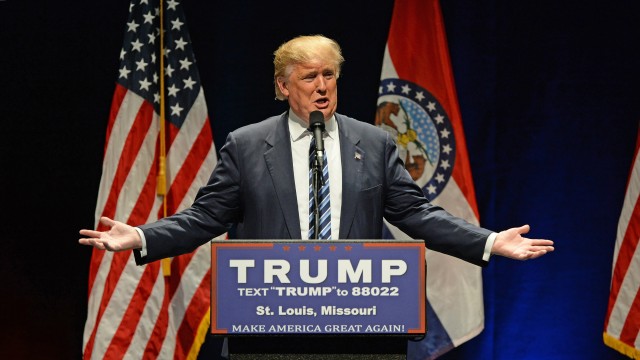 Donald Trump’s ascendancy to president of the US has many lessons for us all, but one expert believes tech businesses, in particular, should study from his real-time marketing techniques.

David Meerman Scott, author of The New Rules of Marketing and PR, told attendees of Comptel’s Nexterday North conference in Helsinki that technology companies in particular need to revamp their marketing, making use of real-time communications to get relevant information to people right when they want it.

That includes watching social media for mentions, answering any queries or dealing with complaints as quickly as possible, as well as publishing relevant blog posts and trying to get mentioned in the media.

“Every business today is a media company,” he said, pointing to tech B2B Raytheon, noting that its content-filled website “doesn’t look any different than the BBC”.

See related
What does a Trump win mean for tech and science?
Reddit CEO admits trolling Trump supporters
Donald Trump concedes that maybe – just maybe – humans might be warming the planet after all

The trick, Meerman Scot said, is to hire former journalists to create “content”, rather than rely on marketing to write materials, so the tone sounds more authentic and avoids marketing “gobbledygook”. His own research suggests words such as “innovation” have lost all their meaning, thanks to being overused by tech firms in press releases and marketing materials.

While the slow death of print journalism means there’ll be plenty of out of work journalists to tap for such work – thanks for the job opportunities, David! – any would-be real-time marketers should know Meerman Scott isn’t worried about journalists paying their rent, but wants you to hire people with the requisite skills to “newsjack”.

That’s his term for getting a blog post or comment early in the news cycle of a story in the hopes your company can pick up some free coverage. It also works with social media, jumping on a topic just as it goes viral.

He pointed to two examples. First, he noted software firm Eloqua was quick to capitalise on Oracle’s acquisition of its main rival, Market2Lead, with a blog post commenting on the deal picked up across major media outlets. The company suggested the coverage helped it bring in $1 million in business.

Second, Symantec’s social team spotted a new Justin Bieber album was about to drop and sent a security themed social post. That may sound naff, but the company claimed to Meerman Scott that the single post to Twitter and Facebook was followed by an 18% jump in online sales over the next four days.

What does this have to do with Trump? Meerman Scott pointed to the American president-elect as the master of such real-time marketing.

“People laughed at me, he’s never going to win. But he’s the best marketer in the campaign,” said Meerman Scott, noting the media coverage garnered by Trump’s extreme tweets has been estimated at being equivalent to $5 billion in advertising.

That’s a lot of big numbers being tossed about, Meerman Scott said any company can use the technique to “achieve similar success”, simply by getting your message out at the right time.

Of course, as one attendee pointed out, Hillary Clinton actually won the popular vote, and Trump’s tweets may have won him many fans, but just as many people avidly dislike the president-elect, to put it mildly.

As fellow panellist Kenneth Cukier, the data editor at The Economist, noted: “Power tools mean you can cut down trees but you can cut your arm off too.” He later warned that people are getting better at spotting “manipulators” and advised companies to “hold onto your values” when using data.