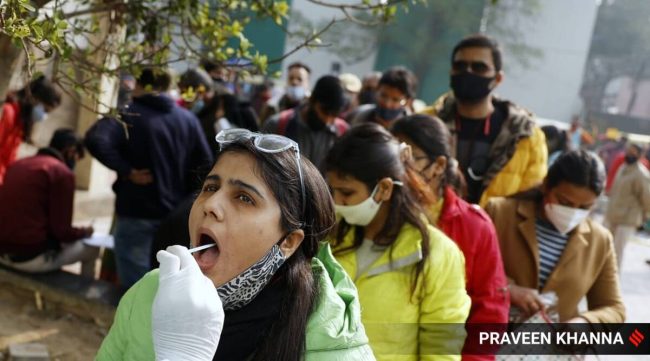 The third wave of coronavirus pandemic in Delhi has hit the tourism and hospitality sector in the national capital hard with field experts and owners of travel agencies and hotels in the city reporting a 60-70 per cent dip in their businesses.

According to tourism sector experts, Delhi gets its maximum tourist inflow between October and April. Tourists, from across India and abroad, come to Delhi not only to visit the city and its historical landmark, but also use it as a gateway to nearby popular tourist hotspots such as Shimla, Manali, Agra, Mathura, Rishikesh, Haridwar, Nainital, Dehradun, Ajmer, Jaipur among others.

Delhi Hotel Mahasangh President Ajay Kumar Agarwal said that there are around 500 hotels only in Paharganj area and out of which only 350 were operating after the second wave.

“The vicious cycle of restrictions due to COVI-19 and the subsequent impact on business has started again. Tourists have started cancelling their bookings and postponing their trips ever since the cases started rising in December 2021,” Agrawal told PTI.

“Now the situation is that nearly 70 per cent hotels have no bookings after the cancellation of travel plans by tourists. Our businesses have been hit hard by the third wave. October-April is the season when we used to do brisk business but for last two years the tourist season has not been fruitful for us,” Agrawal told PTI.

The Delhi government’s tourism department also reported a reduction in footfall at their tourist destinations ever since Covid, and its Omicron variant cases started rising.

However, the tourism department could not divulge the data.

“We are still compiling the data regarding footfall at our tourist spots. But it has definitely come down significantly in the wake of steep rise in COVID-19 and its Omicron variant cases,” a senior official of the Delhi Tourism and Transportation Development Corporation (DTTDC) said on the condition of anonymity.

Delhi’s popular tourism spots such as the National Museum and Zoo have been shut for visitors as precautionary measures due to rising Covid cases.

Delhi on Wednesday reported 10,665 new coronavirus cases, almost double the number of infections logged the day before, with the positivity rate shooting up to 11.88 per cent, health department data showed.

A weekend curfew has been announced in the city along with night curfew on week days to arrest spread of the virus.

Owner of Shushant Travels and Hotels, Vijay Tiwari said that tourists have either started cancelling their bookings or postponing their plans after the announcement of night curfew in Delhi last month.

Things turned worse after “the announcement of night curfew. The tourism industry has suffered a significant drop of 60-70% in the business due to the third wave,” Tiwari said.

He said that foreign tourists’ footfall is already negligible these days and now domestic visitors who come from far flung places to visit the city and hill stations are also postponing their trips.

“Occupancy at hotels have gone down by 70 per cent and over 60 per cent travel bookings have been cancelled. Things will become worse after the weekend curfew. If the similar trend continues then the losses would be much more,” Tiwari said.

To curb the spread of the virus, the Delhi government on Tuesday announced a weekend curfew and work from home for its offices.
During the weekend curfew, which will come into force at 10 pm on Friday and will be in place till 5 am on Monday, only essential services will be allowed in the national capital. Along with the weekend curfew, night curfew will also continue.

All India Luxury Bus Union President Shyamlal Gola said that the tourism industry was yet to recover from previous lockdowns when the third wave of coronavirus has started.

Gola said that big tourist agencies and hotels hire their buses and luxury cars to take tourists to hill stations, religious tourism places and historical places but these days business is down by about 70-80 per cent.

“Our most buses are standing as there are no tourists. Almost 80 per cent work has been impacted due to restrictions. Many states are not accepting tourists these days so over 70 per cent bookings have been cancelled,” Gola lamented.

He also said that there is no help from the government and other agencies to support the tourism sector. He said that in some states seeing adverse situations the governments have decided to not collect one year road tax but nothing of such help is available in Delhi.