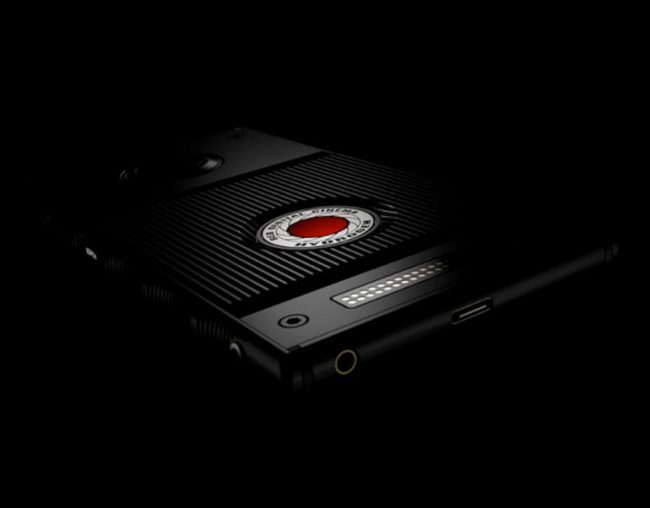 Remember back when Amazon released a phone? The Fire Phone promised to reinvent the way we used our mobile devices. With supposedly seamless integration with Amazon and a purportedly astounding new 3D interfaces, the phone flopped more than the sweat from Ted Buckland’s forehead when being shouted down by Dr. Bob Kelso.

Let’s talk about RED. If you’re unfamiliar with the company, RED is the maker of some of the most brilliant film cameras on the market. Movies like Guardians of the Galaxy 2, The Martian, Hacksaw Ridge, Little Sister, Prometheus, and many more were shot using one of the many RED cameras (hardware that starts at $15,000.00 USD for the body only). So when RED announced they were going to build a smartphone, they immediately had my attention. What does one of the hottest film camera company’s creating a smartphone have to do with the failed Amazon Fire Phone?

Beyond what RED could possibly do to vastly improve the mobile device (more on that in a bit), they are promising to bring to market a holographic display. RED is teasing that HYDROGEN (the name for their device) will offer the first-ever holographic media machine that can fit in your pocket.

Before you groan, know that if a company could possibly deliver this, that company would be RED. It’s not that they’ve have any experience in the realm of smartphones, it’s that they know how to completely change a market. What RED did with the film camera industry was remarkable. Bringing to market digital cameras, capable of shooting in 8K, that can compete with the best analog technology was a feat thought impossible. RED accomplished this.

So yeah, they know technology. And considering they’ve also produced displays for their cameras, they understand that market as well. But the smartphone industry is a different beast altogether and a gimmicky interface really does nothing to move the market forward.

However (and this is a big however)…

RED knows cameras and based on the price point of the HYDROGEN device (starting at $1,195 for the aluminum version and $1,595 for the titanium version) this smartphone’s primary selling point cannot be a different take on the UI. Although RED offers very little in the way of details, my guess is the company is prepping to release a smartphone for actual filmmakers.

Think about it; having a studio-quality camera in your pocket. Okay, so it won’t be nearly as flexible as a standard RED camera, but anything RED produces will likely reset the bar for smartphone video. The press release states the device will include a 5.7-inch HYDROGEN holographic display capable of seamlessly switching between traditional 2D, holographic multi-view, stereo 3D, RED’s proprietary “4-View content” (H4V), Virtual Reality (VR), Augmented Reality (AR), and Mixed Reality (MR). All without having to use glasses of any sort. Also, according to the release, the HYDROGEN phone will be able to integrate into the RED camera program, working with the Scarlet, EPIC, and Weapon cameras (as a user interface and monitor).

Know this, nowhere in the press release does RED mention the lens on the device. I cannot imagine they will release a smartphone without a lens ready to disrupt the market. That is, after all, what they do. I would also expect, at this price point (even with the remarkable style RED is teasing), the majority of their market will (at least initially) be those who already own RED cameras. The idea of having seamless integration with a handheld device is really enticing.

As to the specifics? What we know isn’t much:

That’s it. No details on the actual specs on the cameras, nor any processor speed, internal storage or RAM specs. It was, however, posted on the Red User Forms (by RED CEO Jim Jannard):

“These cameras will not produce cinema quality images. No cell phone does. What we will have is a modular system that adds image quality well beyond any other camera short of our professional cameras. Remember that we have a lot of elbow room on this front. Our Weapon Helium sensor scored 108 on DXOMark.com That beat the Sony A7RII by 10 full points.”

Here’s what I get out of that:

HYDROGEN by itself will not produce cinema quality images; but, with the help of HYDROGEN modules, the image quality will only be bested by the RED line of professional cameras.

Too niche or not too niche

Compared to the traditional smartphone market, that’s really niche. However, for a company that produces digital cameras that tip the invoice at $49,500 (body only), I’m certain RED isn’t concerned with drawing in the traditional smartphone user. Make no bones about it, the HYDROGEN smartphone is decidedly a RED device and will easily attract RED customers. Even in the niche market, RED could come out with a complete game changer. More and more people are using their smartphone devices for creative purposes. Should a prosumer-level lens and sensor find their way into a smartphone, well, consider the game changed.