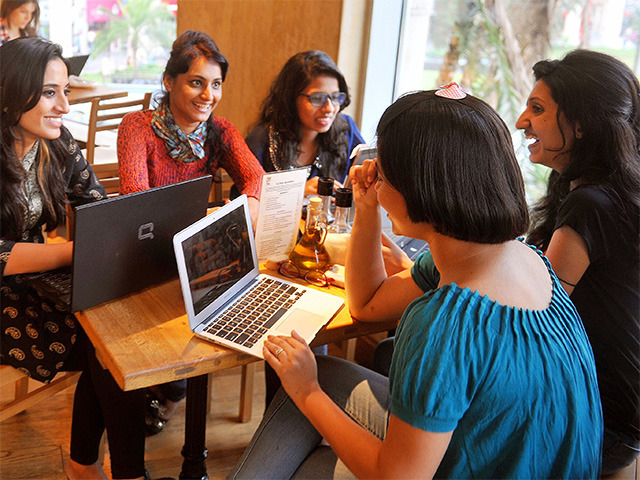 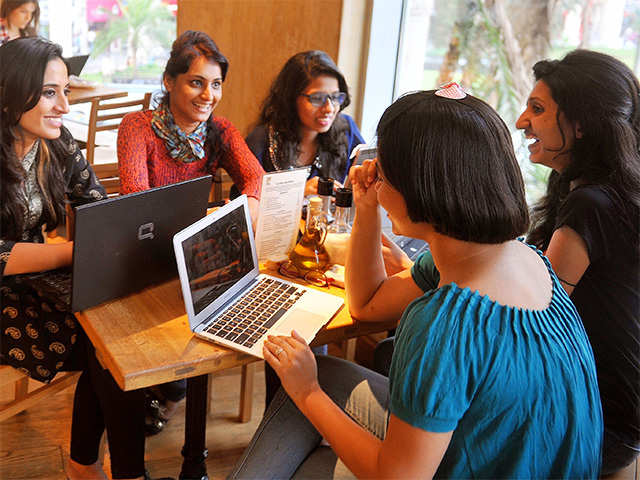 This week I start with the so-called consumption boom that India is witnessing, increasingly without support from income and which is slowly turning us into debt slaves. This is clearly not sustainable at all, in my view, unless investments pick up and that in turn raises household incomes required to pay off this debt.

And then there is a timely article on the most important commodity today. Guess what? It is not oil, it is water. It is leading to war and creating social divergence and disturbance. I decided to take on the young urban salaried class with an interesting article written by Gayatri Jayaraman, who also wrote a book on the topic titled Who Me Poor on what these young kids are sacrificing for the sake of lifestyle maintenance.

I reiterate that this is only a sampling of some of the best content I read through the week, with a dash of my own thoughts. Until next week…

Unlike China, which is an export-driven economy, the Indian economy is consumption driven. This aspect has been helped attract loads of FDI into the country over the years. The consumption demand has continued over the last couple of years in spite of the national income levels slowing down.

Growth in national income has plateaued since 2011-12.

However, the consumption growth has outstripped income growth over the same period. The share of consumption in gross domestic product (GDP) has risen from 56 per cent in FY12 to 59 per cent in FY17. Also, employment growth has slowed meaningfully. The subdued activity in the industrial sector and the plummeting growth in the labour intensive construction sector also indicate that the job market has not been great.

Over this period, retail credit has grown, which seems to have fuelled this consumption growth. With the growth in corporate lending slowing down, banks and non-bank financecompanies have been focusing on the retail segment to support their growth levels.

The growth in consumption does not seem to be sustainable as the current consumption growth in India has not been supported by investment growth, consumer confidence in India has dipped to a four-year low; Indian households’ savings ratio stands at an 18-year low and retail non-performing asset (NPA) problems have started to rise and may worsen.

Evidence suggests that only consumption booms that are accompanied by an increase in investments tend to be sustainable as more investments result in higher job creation, which in turn help fuel consumption growth even when penetration levels may be peaking. Only time will tell when there would be a hard stop to such a growth.

We have been hearing that the next war could be on account of shortage of fresh water. Nobody knows when would that war due to lack of water could break out. But one may already be in progress and many more can follow soon.

Water is a key resource for human beings. Be it for drinking directly or to produce agricultural goods. Increasing global population would need more water for drinking and for associated increase in agriculture. Water resources on the other hand are drying up contrary to the requirement.

Furthermore, climate change is altering patterns of weather and water systems around the world, causing scarcities and droughts in some areas and floods in others. A huge amount of water is consumed every day; much of it wasted as the result of negligent attitudes.

Syria went through its longest spell of drought between 2006 to 2011 which led to heavy losses in the agricultural and the livestock sector, one of the major employment generators. The severe drought in Syria created difficulties of biblical proportions which, combined with an unresponsive Syrian regime under Al-Assad’s leadership, resulted in social unrest of enormous proportions, in tribal wars and even in a catastrophic civil war. Out of all this came ISIS.

It is, therefore, fair to say that severe water scarcity has been at least partly responsible for the rising of ISIS.

There are many countries like Egypt, Nigeria, Libya, Yemen, among others, which are already facing severe water shortage issues or are on the verge of it. These become an easy breeding ground for organisations like ISIS to recruit from.

Measures like desalination plant are possible only for the developed countries as the cost of producing fresh water from the sea water is very high and virtually not possible for the poor economies. Time has come to treat this issue with utmost priority.

Sacrificing food and shelter for lifestyle!
(Source: The Urban Poor You Haven’t Noticed)

Over the last few years, we have seen the rise of plethora of private equity-backed startups like Flipkart, Ola and Zomato, among others. Many have excelled, some have fallen while most of them are just about running.

All of these startups had one thing in common. Spend now in the hope to make money later. It is not only prevalent in the startups, but you see this approach in the young professionals too.

Be it beauty pageant contestant working in a dance bar, young marketing executive sleeping in the car, or junior journalist skipping meals; all these trends are becoming more common these days especially among the young urban professionals. These are the urban poor. Income-wise and relative to majority of Indians, they aren’t poor at all.

But they’re certainly hungry and broke. These are the metro-dwelling youngsters in their 20s, who spend a majority of their salaries on keeping up the lifestyles and appearances that they believe are essential to earning those salaries.

Their expenses are on clothes, grooming, bar nights, office dinners, and Starbucks coffee because that’s where the job interview is. They believe that spending on these things are necessary to secure a better job opportunity.

In a country where genuine hunger is prevalent, this brand of it comes via lifestyle choices. Somehow, we’ve built a culture that places such immense value in appearances that we’d rather spend a lot to appear full than spend a little bit to buy food.

In the order of importance, we have learnt that food, clothing and shelter are the basic necessity for humans. But lifestyle to show others seems to overtake these basic necessities for these youngsters.

Advantages of being intelligent are well-known. They get better grades at school, more likely successful at work, and less likely to commit crimes as adolescents. However, it does not predict other life outcomes, such as well-being.

Grossman and his colleagues argue that most intelligence tests fail to capture real-world decision-making and our ability to interact well with others.
On the other hand, the ability to think critically has been associated with wellness and longevity. Critical thinking allows us to think rationally in a goal-orientated fashion, and a disposition to use those skills when appropriate.

They are flexible thinkers who require evidence to support their beliefs and recognise fallacious attempts to persuade them. Critical thinking means overcoming all sorts of cognitive biases like hindsight bias, confirmation bias, among others. People who are strong on either intelligence or critical thinking experience fewer negative events, although, critical thinkers tend to do better.

Reasoning and rationality more closely resemble what we mean when we say a person is smart than spatial skills and math ability. Critical thinking, unlike intelligence can improve with training and it should be given much more attention.

Critical thinking helps an individual in all aspects of life, be it professional or personal. Take for example, the investment industry, with similar set of data and management access at the helm, the difference in the investment performance is well determined by how is the investment team able to critically tackle the information available.