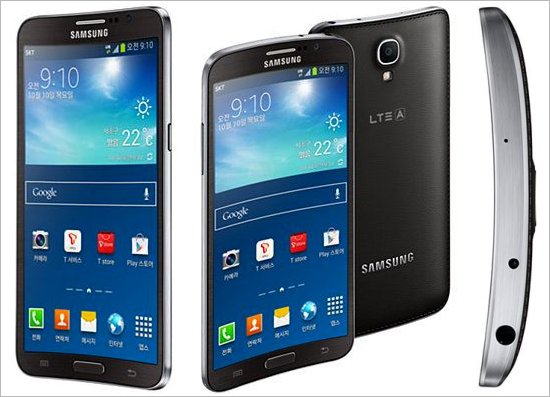 Samsung has thrown the smartphone buying public a curve. Cost conscious entrepreneurs won’t be picking this phone, costing over $1,000 and not available outside South Korea. But perhaps it will teach us all something about innovation. The aptly named new Samsung Galaxy Round has a 5.7-inch display with 1080 pixel resolution, the same as the recently released Samsung Galaxy Note.

But there are two very big differences that set it apart. The phone’s defining design feature is a curve along the screen’s vertical axis.

It’s purpose is to allow users to check things like time, date, missed calls and battery life when the screen is off simply by gently tipping the phone when it is sitting on a flat surface. The video below demonstrates:

Then there’s the other defining feature: The price. Did we mention it costs about $1,000?

The camera will be available in a 32 GB and 64 GB version, TechCrunch reports and will come in “Luxury Brown” with other colors on the way.

With a huge price tag and limited availability, this will probably not be the choice for a mobile small business owner trying to trim the budget. But competitors are already gearing up to take their own stab at a curved phone.

The design may be the wave of the future and also a great lesson in marketing for entrepreneurs of all sizes.

No matter how many Samsung Galaxy Round phones are sold, who will ever forget a $1,000 curved smartphone — or the company that made it?