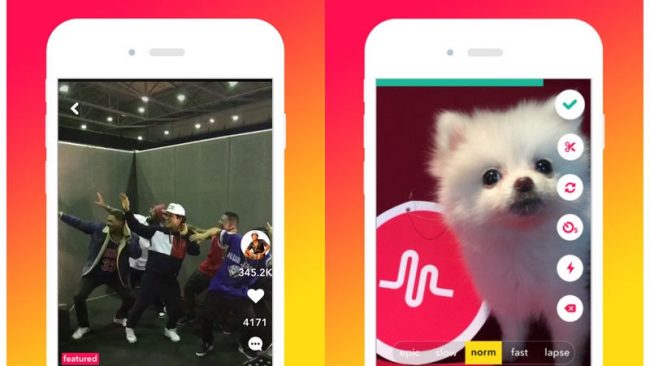 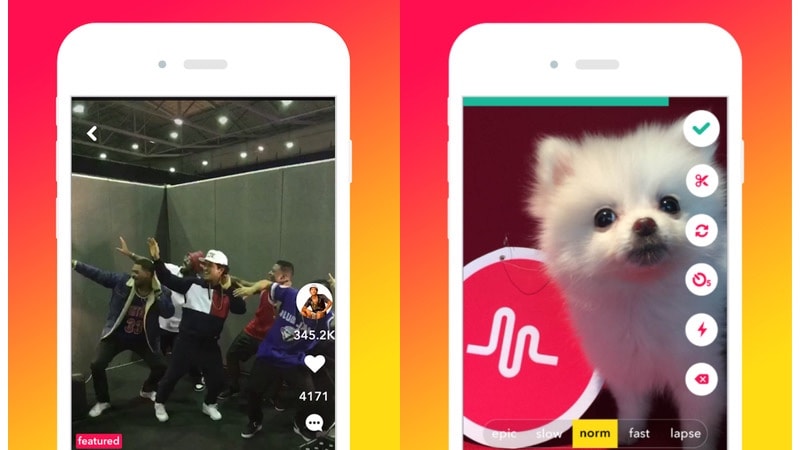 Musical.ly is a video social network app from China. The app was launched in 2014. Of late the app has become quite popular among young people in countries such as India, where it is officially going to launch soon. The app is free to download on Android and iOS and it lets you make music videos or mime dialogues from popular films, much like Dubsmash. We used Musical.ly to find out what the fuss is all about.

The app looks quite good on Android. It has a neat user interface that looks like a much more colourful version of Instagram. There is a neat menu at the bottom, where you can hit the home icon to see your feed, the search icon to explore what’s trending on Musical.ly, the plus button to shoot videos, the lightning icon for notifications and the person icon for your profile. The app was fairly smooth on both Android and iPhone, but videos were slow to load even on a fast 4G connection.

Once you start using Musical.ly, you will easily see why the app is popular. The first thing you see is a feed of music videos posted by people in your region. We saw videos popular in India, which mostly featured really young people trying to lip sync popular songs or dialogues. This feed ensures that you start interacting with the app right away and you see all the cool things you can do with the app without a tutorial.

You can either start posting your videos or explore what’s being posted on Musical.ly. Let’s start with the part about posting videos. The app makes posting music videos quite intuitive and easy. One good thing is that all of these videos are quite short — roughly 15-30 seconds long, so making and posting them doesn’t take all that long. 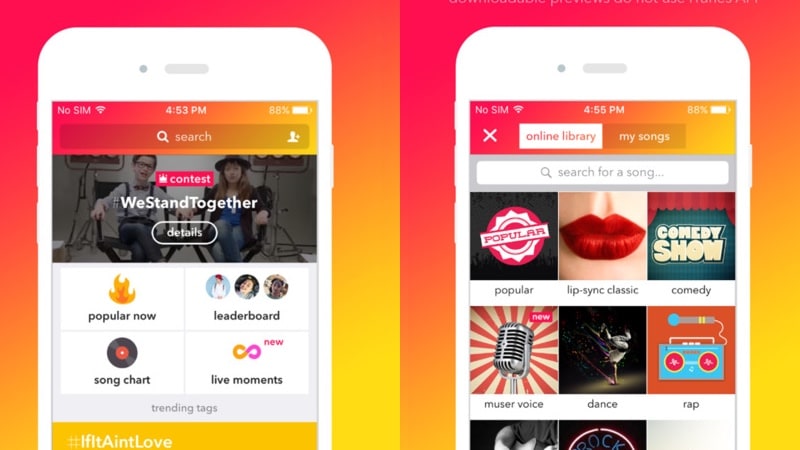 You start by selecting a song or shooting the video or even picking a video from your library. The easiest thing to do is to pick music from Musical.ly’s library as this allows you to lip-sync much faster. We found quite the collection of Indian songs such as “Ajeeb Dastan Hai Yeh”, “Saathiya”, and even “Main Tera Boyfriend”, apart from several international hits. We also spotted some popular dialogue from Tamil films, in case you want to create videos around those.

Then you shoot the video by simply pressing and holding the large, red record button. Once you release it, the video is recorded.

After that Musical.ly gives you a surprisingly large number of options to edit the video via icons on the right side on the app. You can edit the thumbnail of the video, and add jumbo emoji to it — a feature that reminded us of Snapchat. You can even add filters and effects such as vibrate to the video. This lets you give your videos that “remix song” feel if you wish to do that. You can even speed up or slow down the video to achieve the desired effect.

All of these tools are quite easy to use, which is why we aren’t surprised to see how popular the app is becoming. After all, who wouldn’t want to create a fun music video on a boring day at work or when you have nothing to do at home? Once you’re done making the video, you post it on the app and the app then prompts you to share it with your friends. This could be one key reason why the app has spread fast among people. According to one report, it has over 200 million users across the world. The app has even been used by famous artistes such as Ariana Grande and Daddy Yankee to promote their songs.

If that isn’t enough for you, the explore tab (accessible via the search icon on the bottom menu) lets you see what’s hot on Musical.ly. Here you can see the best videos on the platform, with top hashtags being used on it as well. This helps you discover other videos in case you aren’t sure what kind of videos are popular on Musical.ly. It also has live videos and a leaderboard for India and the world, where the most popular users are ranked.

Overall, it’s not hard to see why Musical.ly is popular among youngsters. It lets anyone make their own music videos and share it with their friends. The company needs to improve its iOS app, but otherwise it’s a fun app that anyone can use.

You can download Musical.ly for free on App Store, and Google Play.