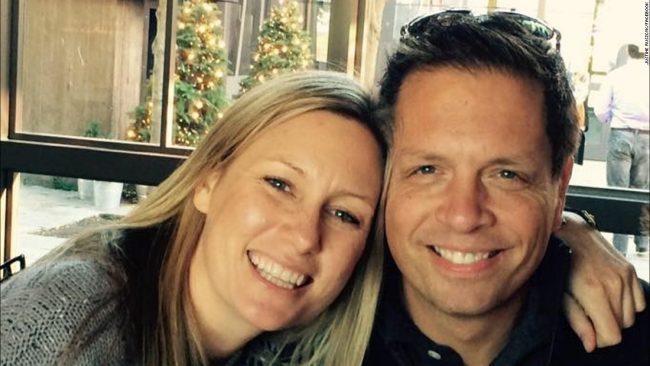 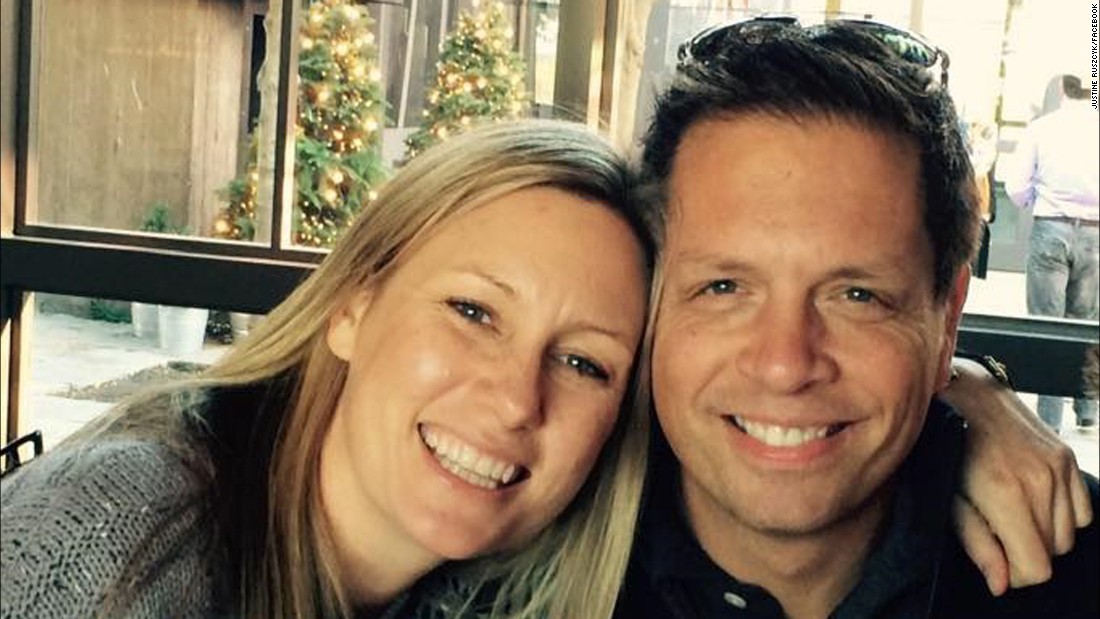 “This should not have happened,” Chief Janeé Harteau said in her first public comments since Justine Ruszczyk, 40, was killed Saturday, minutes after calling police to report a possible sexual assault near her home. “On our squad cars, you will find the words: ‘To protect with courage and serve with compassion.’ This did not happen.”
Harteau said she couldn’t address the fatal shooting in person earlier because she was away backpacking in the mountains and had tried to return sooner.
The police chief said she spoke to Ruszczyk’s fiancé on Thursday morning and told him the shooting shouldn’t have happened. She also pledged to strengthen the department’s body camera policy, including exploring new technology that could activate officers’ body cameras when their squad car lights are turned on.
Officer Mohamed Noor fired the fatal shot, Noor’s partner, Matthew Harrity, has told investigators with the Minnesota Bureau of Criminal Apprehension.
Harteau said Noor was fully trained and did very well on his field training. She said her opinions on the shooting were based on the information released so far by the BCA into the shooting.
“I believe the actions in question go against who we are as a department, how we train and the expectations we have for our officers,” she said. “These were the actions and judgment of one individual.”
She assured Ruszczyk’s family, the community and Australians “that I will do everything in my power to make sure due process is followed and justice is served.”

Ruszczyk’s relatives say they’re still stunned the bride-to-be was killed by police — and they’ve hired an attorney with experience handling police-involved shootings.
“We are still trying to come to terms with this tragedy and we are struggling to understand how and why this could happen,” the family said in the statement released to CNN affiliate Sky News Australia.
“All we want to do is bring Justine home to Australia to farewell her in her hometown among family and friends. In the meantime, we ask that you give us time to grieve in private and to support each other at this very difficult time.” 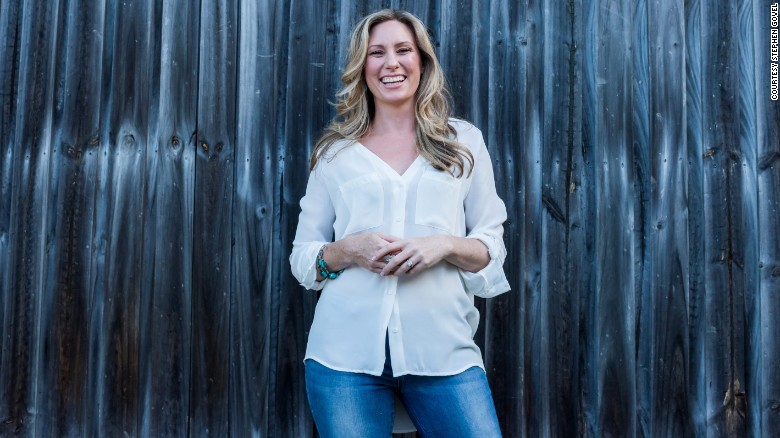 Justine Ruszczyk, 40, was killed one month before her wedding.
Ruszczyk, who moved to the United States in 2014, was set to marry her fiancé, Don Damond, next month.
The Ruszczyk family’s attorney is calling for a comprehensive investigation and policy review.
“The family is interested in justice in (the) largest sense — an unbiased, transparent investigation, necessary changes in police training, officer selection criteria and practice, proper and nondiscretionary policies on usage of forensic tools, including squad and body cameras, swift and sure discipline and full and complete recompense,” Robert Bennett told CNN in an email Thursday. 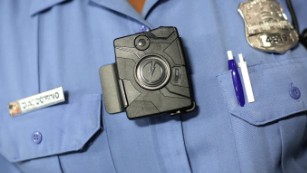 Police shooting exposes flaws of body cameras
Bennett has experience representing families in police-involved shootings in the Minneapolis area. He was one of the attorneys for the family of Philando Castile, who was killed by St. Anthony police Officer Jeronimo Yanez last year.
Castile’s death garnered international attention after his girlfriend broadcast the shooting’s aftermath on Facebook Live. While the police officer was acquitted of manslaughter, the city of St. Anthony reached a $3 million settlement with the Castile family.
Ruszczyk’s death has also attracted wide coverage, and her family and friends have been demanding answers, but it could be months before Minnesota authorities finish their investigation.

Some of the first clues emerged this week about what may have led to the police shooting of Ruszczyk.
She made two 911 calls Saturday night to report a possible sexual assault near her home, according to transcripts the city released Wednesday. 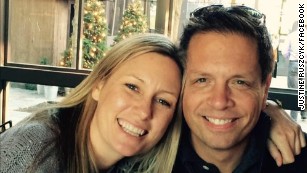 Minneapolis releases 911 transcripts of woman killed by police
“I can hear someone out the back and I, I’m not sure if she’s having sex or being raped,” Ruszczyk said in the first call.
“… And I think she just yelled out ‘help,’ but it’s difficult. The sound has been going on for a while, but I think, I don’t think she’s enjoying it,” Ruszczyk said.
The dispatcher told her police would be there soon.
Eight minutes later, Ruszczyk called 911 again, saying officers had not arrived. At 11:35 p.m., the dispatcher told her police were on the way.
Officers Harrity and Noor arrived on the scene a short time later.
As they drove down the alley in their police car, Harrity heard a loud sound that startled him, the officer told the Minnesota Bureau of Criminal Apprehension.
That’s when Ruszczyk approached Harrity’s driver’s side window, Harrity told investigators. Noor, sitting in the passenger seat, fired his gun and shot Ruszczyk through the driver’s side window, Harrity said.

Immediately after Ruszczyk was shot, both officers got out of the car and tried to save her, Harrity told investigators.
Dispatch audio from the officers captured the anxiety as they waited for an ambulance to arrive.
“(Squad) 530, uh, shots fired,” one of the officers says. “Can we get EMS code 3, Washburn and 51st Street? We’ve got one down.”
Minneapolis police shooting
The dispatcher then calls for other units, and an officer — it’s not clear which — says someone is starting CPR.
An officer tells other units they are in the entrance of an alleyway between houses.
The dispatcher asks the officer on the radio whether the situation is under control, and whether the ambulance can safely approach the shooting scene.
The officer says it’s safe. “There are no suspects at large,” he says.
Later, an officer’s voice gets increasingly tense while waiting for the ambulance.
“Where is EMS on this?” he says.
The audio was provided to CNN by the operator of Minnesota PoliceClips, a company that monitors and records police radio dispatches.
Neither police nor the city of Minneapolis communications department would verify the authenticity of the recording.

For days, Ruszczyk’s family and the mayor of Minneapolis have expressed growing frustration about the slow trickle of information from the Bureau of Criminal Apprehension.
Noor has invoked his right not to speak to investigators, the BCA said Tuesday. 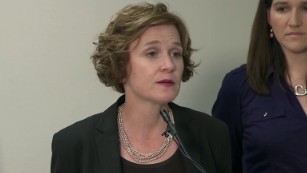 Mayor: Can’t compel officer to make statement 00:46
But Minneapolis Mayor Betsy Hodges has urged Noor to issue a statement.
“He has a story to tell that no one else can tell,” she said. “We can’t compel him by law, but I wish that he would make that statement.”
The case is also hampered by a lack of video footage. The squad car’s dashcam was not turned on, and neither of the officers’ body cameras was on at the time. officials said.
“My expectation is that our policy is followed,” Harteau said.
Harteau said the department has had the body cameras for about eight months, “so it’s not second nature” for officers to activate them as yet. She said the department wants to do everything it can with its training and policy to ensure that officers do activate the cameras before arriving to a scene.
Minneapolis shooting highlights flaws in body camera use
Investigators also want to talk to a man on a bicycle who watched police perform CPR on Ruszczyk and are asking him to come forward.
It could take two to four months before the BCA finishes its investigation, said Chuck Laszewski, a spokesman for the Hennepin County attorney’s office.
Once that happens, Hennepin County Attorney Mike Freeman will decide whether either of the two officers involved should be charged in Ruszczyk’s death.

Castile’s mother: ‘This is not a black or white thing’

In recounting her conversation with Damond, Harteau said he expressed concern and fear the community may have in calling 911.
“Although disheartening, I understand the fear, and why it exists,” she said. “This has had a negative impact on the community trust we’ve built.”
She pledged to try to regain that trust.
Later on Thursday, people flooded the streets for a march in Ruszczyk’s memory. Castile’s mother, Valerie, was among those in attendance.
Before the march, she met Damond outside his home. They stood with their arms around each other.
Ruszczyk “was murdered on my son’s birthday,” Valerie Castile told CNN.
“So, it’s symbolic for us and we had to come out and support her, because like I said after the verdict, they were going to kill again — and they have,” she said.
Castile said “the spirit of my son led us over here to speak with the family and march in this march today.”
The march drew supporters of all races. Some chanted, “prosecute the police, no justice, no peace.”
“They’re beginning to understand this is not a black or white thing. This is a human being thing,” Valerie Castile told CNN.