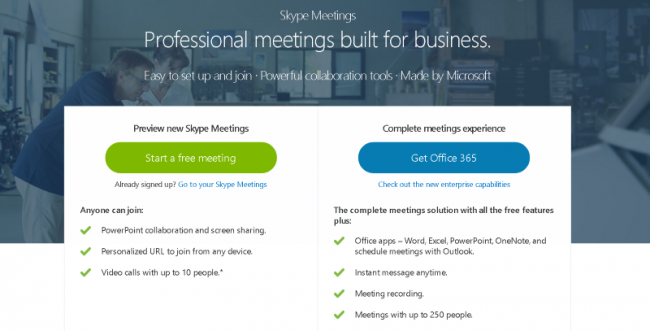 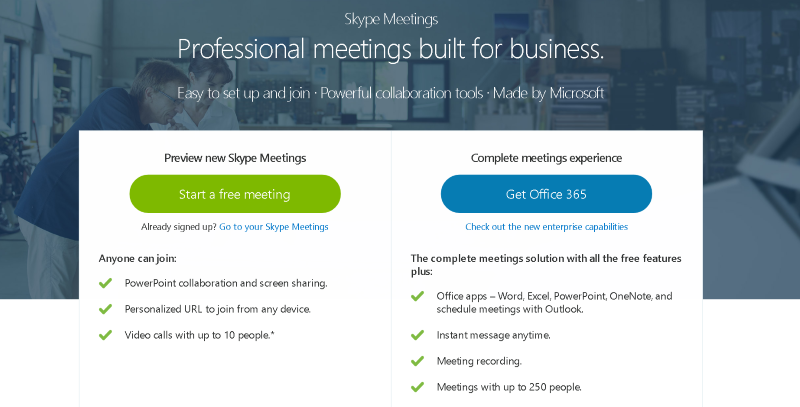 Microsoft on Tuesday announced a free, browser-based version of Skype aimed specifically at small businesses called ‘Skype Meetings’. This would be company’s first Web-based product after the beta release of Skype for Web last year.

For the first 60 days of use, Skype Meetings will allow you to video chat with up to 10 people at a time, however, after 60 days the number of people allowed for a simultaneous video chat will be reduced to three. The Web version also incorporates some of the more advanced tools with Skype for Business like screen sharing as well as PowerPoint integration.

In many ways, Skype Meetings is similar to the free version of Skype as both these services allow you to video chat with the same number of people and allows access to messages.

The company is not leaving any stones unturned as it is advertising its Office 365 business plan onSkype Meetings webpage.

Last month, the company decided to kill off its feature called Messaging Everywhere that allowed Windows 10 users to send and receive cellular text messages on their PCs and instead decided to bring back the Skype app integration. Microsoft is believed to be working on a universal Skype app that will work in sync on all platforms (desktop, tablet or mobile).

On its blog, the company had said that it expects to deliver an experience that is ‘even better’ through the new Skype app.