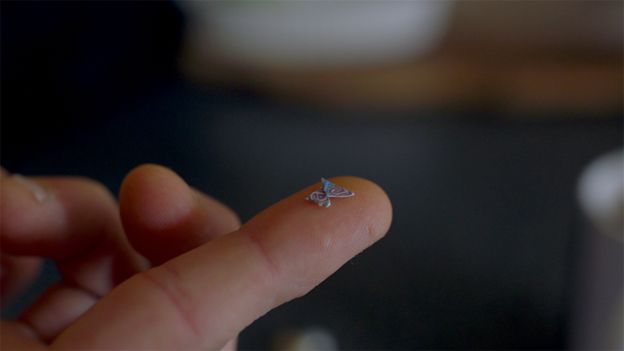 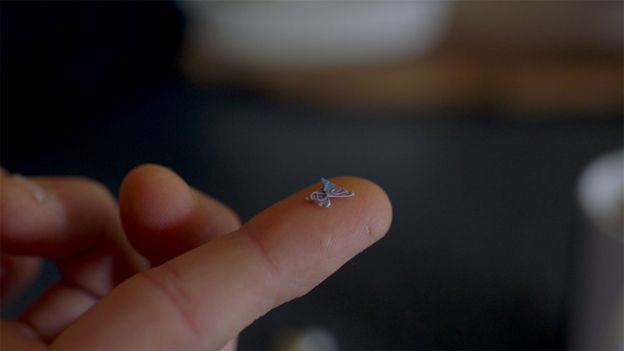 There is a small community of people in the UK who “microdose” – or take small amounts of psychedelic drugs as part of their daily lives. They say it boosts creativity and can have medicinal benefits, despite a lack of scientific research.

On a table in his house in Durham, Simpa shows me a tab of LSD he has cut into about 10 pieces.

The whole thing would be enough for a trip he says, but today he’s taking just a tiny dose of it.

On the days he does this, Simpa says it’s just part of his morning routine.

“I take it with a cup of tea, my toast and my vitamins,” he tells the BBC’s Victoria Derbyshire programme.

In another part of the UK, “Dylan” – whose name we have changed – is going through a similar ritual with some magic mushrooms, weighing out a tiny dose and eating it with his cup of tea.

Some people use microdosing simply to “improve their day”, others to enhance their creativity and some use it in a therapeutic manner – arguing it helps with their mental health problems.

Both LSD and magic mushrooms, the drugs most commonly used to microdose, are illegal Class A drugs carrying a maximum sentence of seven years in prison for possession.

A small number of people we spoke to had tried it with MDMA, also a Class A drug.

Dylan says the law is not much of a deterrent for him. He argues he is “not hurting anyone or creating a trail of devastation by doing this”.

He has a very ordinary, respectable job. The fact that he goes to work having taken illegal drugs is not something his colleagues know, although his friends do.

He says the microdoses make him better at his job; more able to concentrate.

“It just gives you that very kind of calm and relaxed sense of being centred,” he says.