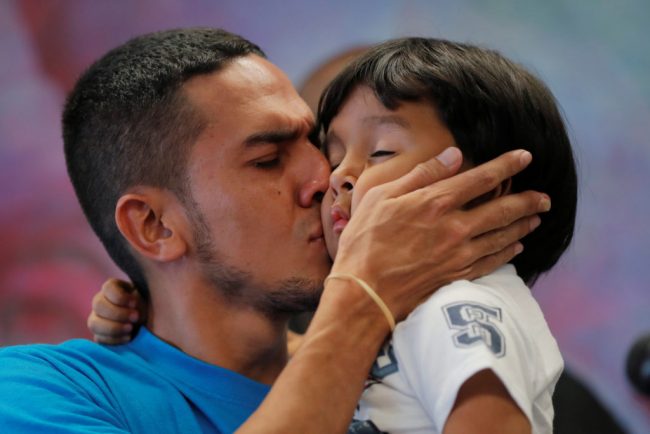 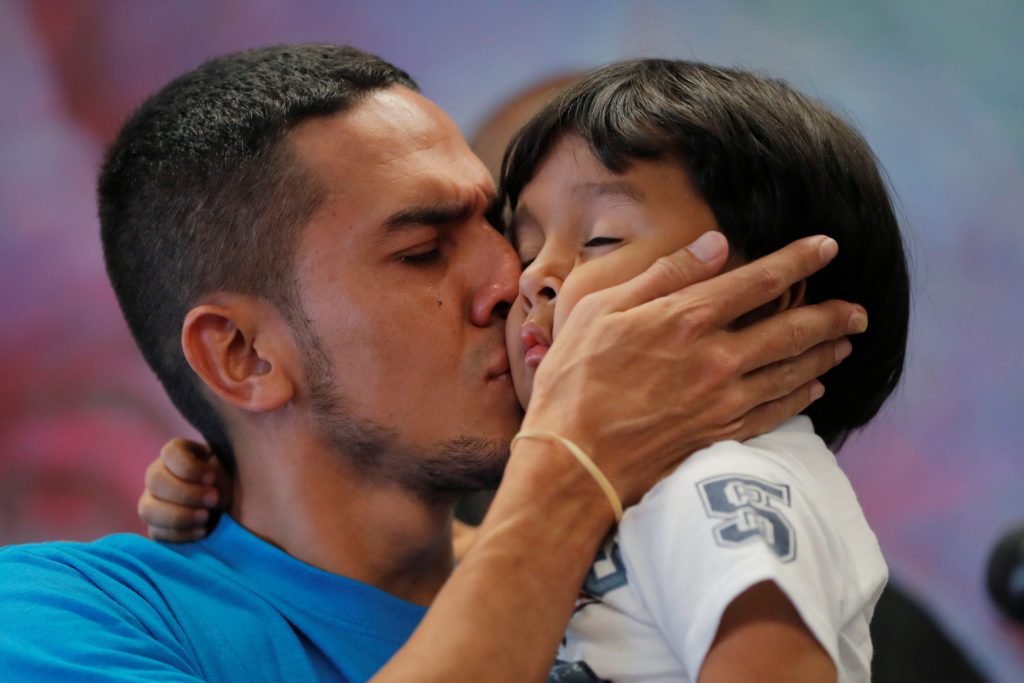 Thousands more migrant children may have been separated from their families at the U.S.-Mexico border than the Trump administration previously disclosed, according to a watchdog report released Thursday.

The report’s conclusion, if true, represents a stinging rebuke of the Trump administration, which has long argued that it had a handle on resolving the family separation crisis.

Produced by the Department of Health and Human Services’ Office of Inspector General, the report found that “thousands” of children may have been separated from their parents at the border before the administration officially announced its “zero tolerance” policy in the spring of 2018.

The report suggests that the administration’s latest estimate of the number of children who were separated as a result of the now-reversed policy — more than 2,700 — is too low.

Furthermore, the inspector general’s 24-page report said the exact number of children separated from their families by immigration authorities is “unknown.”

A Health and Human Services spokesperson told the PBS NewsHour that the agency generally agreed with the report’s findings. The official added that the agency’s tracking operations for separated children are “effective and continuing to improve.”

On Friday, a House Oversight subcommittee demanded that the government provide documents related to the administration’s family separation policy. The subcommittee’s chair, Rep. Diana DeGette, D-Colo., said a hearing will be held on the issue in the coming weeks.

Here’s a breakdown of the report’s takeaways, and a look at the bigger question it raises: Will the true number of separated families ever be known?

The true number of separations might remain a mystery

A lawsuit led by the American Civil Liberties Union prompted a halt last summer to the administration’s “zero-tolerance” policy. The policy had referred migrants entering the country illegally for prosecution and led to the spike in family separations. But the official number of separated children continued to climb after the policy was stopped, as more previously unknown cases emerged.

“This policy was a cruel disaster from the start,” Lee Gelernt, the lead attorney and deputy director of the ACLU’s Immigrants’ Rights Project, said in a statement. “This report reaffirms that the government never had a clear picture of how many children it ripped from their parents.”

Gelernt added that the ACLU and other organizations “will be back in court over this latest revelation.” The lawsuit has been halted during the shutdown.

Unless the federal government completes a “detailed, transparent accounting of all the times it has taken migrant children from their parents, we will not know the true number of separations,” Gelernt wrote in an email to the NewsHour.

“The government has made such an accounting difficult because it failed to have any working system to record all separations and whether children were reunited with their separated parent,” he added.

The inspector general’s report highlights the administration’s struggle to reunify separated families after President Donald Trump signed an executive order in mid-June of 2018 that rolled back the “zero-tolerance” policy. Days later, in response to the ACLU lawsuit, U.S. District Judge Dana Sabraw ordered the Trump administration to reunite the families that had been separated in the previous months.

The report concluded that HHS “devoted considerable resources” to the reunification effort, but said there were challenges from the start, including the “lack of an existing, integrated data system to track separated families.”

As the NewsHour’s Amna Nawaz explained, reuniting these children with their parents meant officials referring to as many as 60 different databases to determine whether they were separated or not.

The inspector general at the Department of Health and Human Services paints the most detailed picture to date of the Trump administration’s actions to separate immigrant families at the southern border. Amna Nawaz joins Judy Woodruff.

That’s because the court order didn’t “require HHS to determine the number, identity, or status of an estimated thousands of children whom DHS separated during an influx that began in 2017,” the report said. This would appear to overlap with reports that the government was testing a version of family separation along the border at that time.

Last year, at least four Central American men in this California detention facility say U.S. immigration officials took their children after they arrived at the border, asking for asylum. Immigration and Customs Enforcement says the agency separated the children for their safety, because the men didn’t have enough proof they were the fathers. Special correspondent Jean Guerrero of KPBS in San Diego reports.

It’s believed that these children were sent to the Office of Refugee Resettlement — the federal agency in charge of caring for migrant children who are separated from their families and placed into custody — and eventually placed with a sponsor.

This past summer, Sabraw gave the Trump administration one month to reunite all the separated families. But the administration blew past the court-ordered deadline, and Judge Sabraw noted at one point that the “chaotic circumstances” surrounding the reunification process were of the federal government’s own making.

Over the following months, the ACLU worked with the administration to reunify every known case that had been identified in court proceedings. But the official number of known separated children was revised at least two times, when new information about separated families led the government to identify additional cases.

For example, after two formal reviews of its records in October and December of last year, the Office of Refugee Resettlement added 162 children to its official list, the report said.

The report also found there were “fewer than 50” cases of separated children who were left out of the court order. But, there were later deemed eligible for reunification because they were discovered to have been separated by the “zero-tolerance” policy.

In some cases, “children who had not previously been willing to speak about their situations became more comfortable with shelter staff and reported that they had been separated,” the report said. In others, legal representatives for some of the parents contacted the refugee resettlement agency to report possible separation from their children.

HHS said in its response in the report that it added 149 children in December to the thousands of class members in the case.

How bad was the “incomplete information”?

The government has reported new cases of family separation, even though the “zero-tolerance” policy ended months ago. But the inspector general’s report found that the administration’s “efforts to identify and assess more recent separations may be hampered by incomplete information.”

The report found that between July 1 and Nov. 7, 2018, at least 118 separated children came into the government’s care, but the Department of Homeland Security provided the refugee resettlement agency “limited information about the reasons for these separations.” (As of late December, that number had risen to 218.)

The problem has continued in part because the Office of Refugee Resettlement (ORR) did not take steps to formalize its record keeping process after the family separation crisis began, the report said. The agency’s tracking methods for separated children were “informal” when the number of separations began rising, the report said, and when the trend continued, the process was “not formalized.”

For example, the report found, agency staff first documented separated children on a Microsoft Excel spreadsheet. The information was later stored in a SharePoint database that incorporated greater information from staff in the field, including reports from shelters that identified the separated children that were under their care.

For their part, DHS, which refers separated children to ORR, responded to Thursday’s report by attacking the HHS inspector general’s office’s credibility.

DHS added that the report will hopefully help “correct the myriad misconceptions around zero-tolerance and family separation that persist despite the facts.”

The inspector general’s report includes a list of changes that the Department of Health and Human Services said it would take to improve the family reunification process.

The agency said in the report that has already taken steps to better track separated children. One example is a “checkbox” in its online management system that indicates whether a child has been separated.

HHS also acknowledged in the report that “continued efforts to improve communication, transparency, and accountability for the identification, care, and placement of separated children are warranted.”

But the agency also noted that it was “never instructed” to determine how many migrant children were separated before the June, 2018 court order for reunification went into effect. HHS also said it has “limited resources” to help reunify separated families.

The inspector general’s office said it was reviewing the family reunification process, and plans to issue recommendations for ways that the Office of Refugee Resettlement can improve its operations.