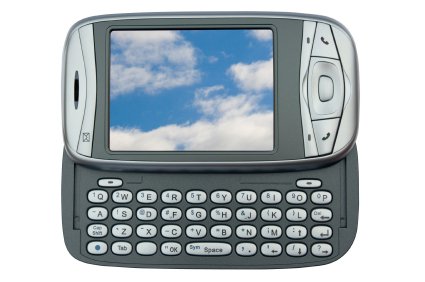 With the rise of iPhone crazies, Blackberry geeks and Android fanatics, mobile search is finally beginning to experience the growth that search folks hoped it would. Services like FourSquare, Twitter geolocation and Yelp for Mobile will only intensify this growth over the coming year as they create new opportunities for search and users to go mobile. Paul Rosenfeld was absolutely right in his SmallBizTrends post yesterday, mobile marketing is something you can’t miss this year.

Though 46 percent of small business owners still don’t even have a ‘traditional’ Web site, it’s becoming more important to think about not only creating a mobile Web site, but creating an optimized one for users.

Who cares about mobile?

For one thing, your customers do.

I’ll be mentioning this a bit more in an upcoming SmallBizTrends post, but according to a recent Nielsen study, the number of people using their mobile phones to access the Web is up 34 percent from last yearm, bringing it to 56.9 million people. Now that’s enough of a reason by itself, but consider along with it that most of those searchers are people who are on the move or looking for information related to things in their neighborhood. That’s targeted traffic. And if you’re not taking the steps to make sure your Web site is mobile-accessible so that these people can find you AND access your site, you’re throwing it all away.

There was an interesting article on Read Write Web that showed just how frustrated consumers are with the state of mobile Web sites today. According to the survey quoted in the article, 58 percent of mobile users expect a site to load ‘almost/just as quickly or faster’ than the PC version. Even worse, if the site doesn’t load quickly enough, sixty-one percent said it’s unlikely that they would ever visit that site again from their mobile device. Still not bad enough? Forty percent said they would seek out a competitor’s site that provided a similar service. Ouch!

What should a mobile site contain?

It should contain only the information that would be most vital to someone looking up your site on the go.

Mobile searchers are typically people on a mission. They’re looking for an address or a phone number because they’re lost. They want a menu. They want hours or need a map to see which points of interest you’re near. Your mobile site should be set up to immediately address these questions so that you can take advantage of these targeted searchers.

There are lots of ways to create a quick mobile version of your Web site. WordPress plugins like the one from Alex King can help you create a mobile-friendly edition. You can also find paid converters like MoFuse and MOBIFY (I recommend them in that order), to help you optimize your site for a smaller browser and offer a condensed version of your site instead of the entire kitchen sink.

How do I know what my site looks like?

If you’re not sure how your site performs or renders on a mobile device, your first step is find out. Most phone and PDA brands offer emulators that SMB owners can use to test their site. The Opera Web browser will also let you test by selecting the Small Screen viewing option. Using these emulators will give you a good idea as to how your site will load and operate on different handsets. Outside of the free emulators, BrowserCam is a paid service that will help you determine how pages are loading, whether certain functionality is disabled, where it’s hanging up, etc.

We’ve reached a point where it’s not good enough for SMB owners to simply be targeting people on the PC Web. As the social media craze has taught us, we have to attract customers where they are. And more and more that means hitting them on their mobile phones. Search Engine Land recently offered up 10 reasons your Web site should go mobile that are very on point, as well.