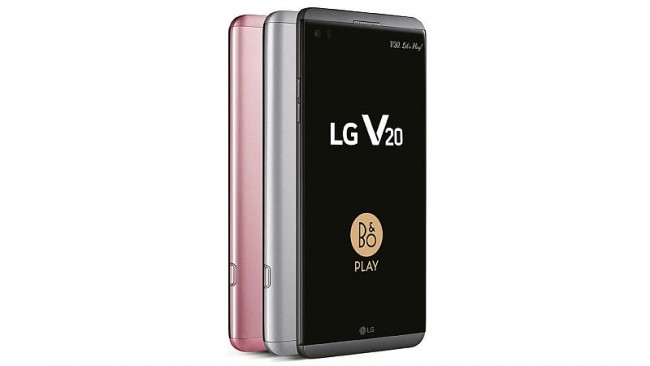 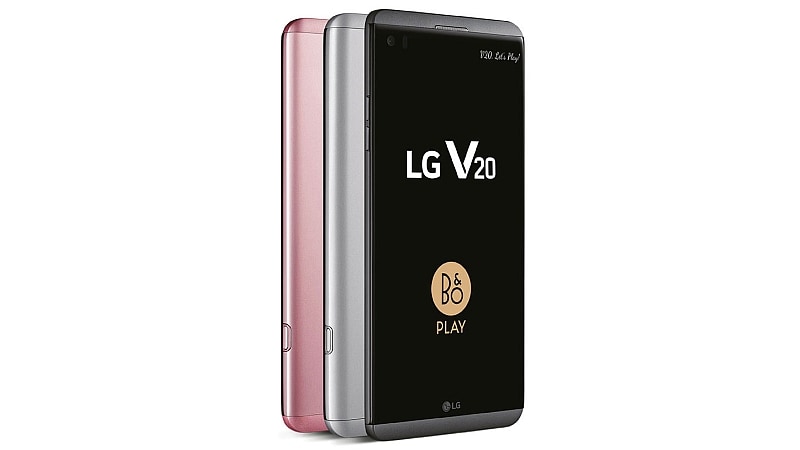 HIGHLIGHTS
LG V20 sports dual screen setup, with a secondary display
The LG flagship also sports a dual rear camera setup
The smartphone is built out of AL6013 metal
LG on Monday launched its latest flagship smartphone in India – the V20. The smartphone has been priced at Rs. 54,999, and will officially become available to buy via Amazon India – the exclusive online retail partner – and retail stores from Tuesday.

The LG V20 will be bundled with a free B&O PLAY headset worth Rs. 18,000. The company has also announced an exchange offer where consumers can exchange their old smartphone for a new LG V20 and get a “minimum assured Rs. 20,000 off” – the offer is valid on select smartphones only. More details on this offer are forthcoming. The company will also be bundling a free SF coated back cover. The highlight of the smartphone is of course its dual screen and dual rear camera setup, while it also features a 32-bit Hi-Fi Quad DAC, HD Audio Recorder, and B&O PLAY speakers. To recall, it was also the first smartphone to ship with Android 7.0 Nougat out-of-the-box when it was launched back in September.

The company touts that the LG V20 is built out of AL6013 metal, and is MIL-STD-810G rated for shock (516.6). LG says the smartphone can easily withstand a drop from a height of four feet. LG has launched the 64GB inbuilt storage variant of the smartphone in India, and storage is expandable via microSD card (up to 2TB).

The LG V20 sports a 5.7-inch QHD (1440×2560 pixels) IPS Quantum Display, and a secondary display – just like the LG V10 as well. The smartphone is powered by a Qualcomm Snapdragon 820 SoC paired with 4GB of RAM. On the imaging front, LG V20 sports a 16-megapixel primary rear camera (f/1.8 aperture) with an additional 8-megapixel secondary rear camera (f/2.4 aperture) as well; in front, LG V20 has a 5-megapixel sensor with a 120-degree wide-angle lens and an f/1.9 aperture.

The LG V20 battery is rated at 3200mAh, and the smartphone measures 159.70×78.10×7.60mm, and weighs 174 grams. Sensors on board the LG V20 include an accelerometer, ambient light sensor, magnetometer, proximity sensor, and gyroscope. Connectivity options on the LG V20 include 4G LTE (with support for Indian LTE bands), Wi-Fi, GPS, Bluetooth, NFC, Infrared, and USB OTG.