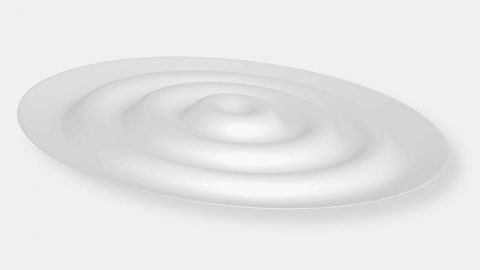 How we perceive food can play a big part in the amount we eat. Studies have shown that using smaller plates, or plates that are a different colour from your food, can result in eating less. There’s also evidence to suggest that eating more slowly makes people more easily able to recognise when they are actually full.

Graphic designer Nauris Cinovics, from the Art Academy of Latvia, is now aiming to put that research into practice with his crinkly plate. The ridges on the plate mean that it holds less food that a normal plate, but the overall portion looks like it is the same size, thus – in theory – tricking the brain into thinking your hunger has been satisfied. The plate is also made from clear glass, which again should make the food on the plate look bigger than it is. 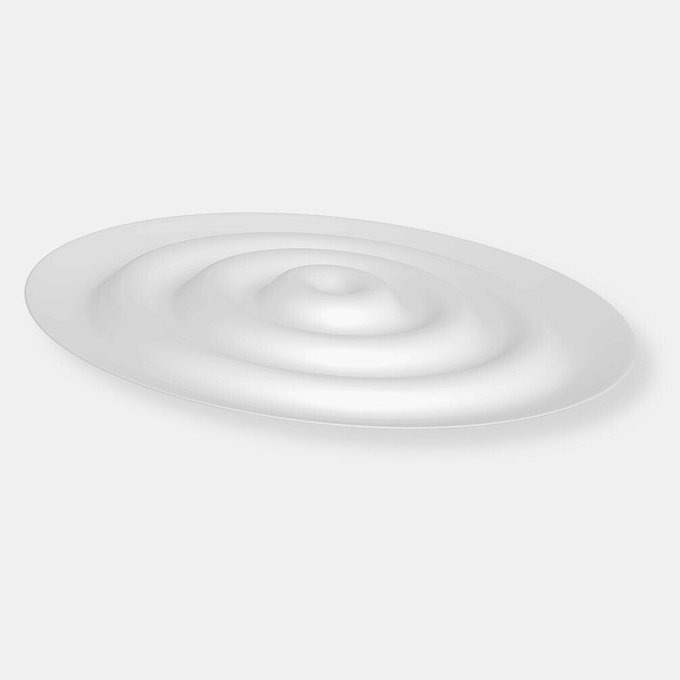 There is a second advantage to the crinkly plate, which is that eating will become an altogether trickier affair because you have to fish food out of the troughs. The minor annoyance effectively slows down the speed with which you can shovel food into your gob.

To delay the passage of food to belly further, Cinovics has also designed heavier cutlery, with each fork, knife and spoon coming in at 1.3kg. While this isn’t going to turn mealtimes into a biceps workout, Cinovics claims it slows you down, giving the body more time to recognise that you are full and stopping you from overindulging.

“We tested this and it took 11 minutes to finish a meal with this cutlery rather than seven minutes,” said Cinovics.

“Our brain takes at least 20 minutes to receive the message that we should feel full, so if we eat really fast we think we need more food. If we eat slowly the message gets through sooner so we eat less.”

Cinovics unveiled his plate at the European Congress on Obesity in Porto, Portugal, and is now planning to test it on 100 people. While you’re waiting for it to hit crockery shelves in a shop near you, try eating off smaller plates to reduce portion size without feeling short-changed by your meals.