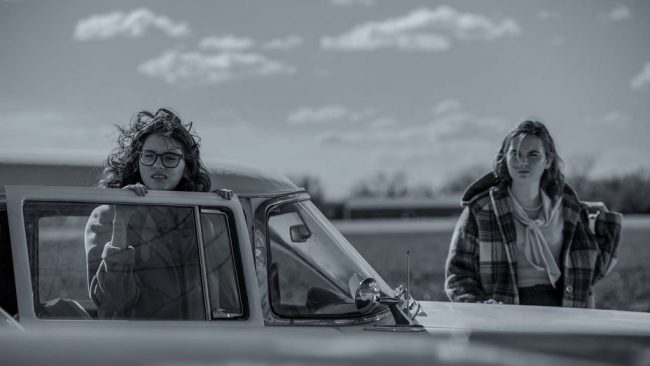 Chinese director Zhai Yixiange’s Mosaic Portrait, the hypnotic story of a pregnant 14-year-old girl who reveals the identity of the father at a critical point in the life of her society, and U.S. indie filmmaker Martha Stephens’ charismatic 1960s set black-and-white drama To the Stars, featuring Kara Hayward, are among the dozen films – including 10 world and 2 international premieres – in the main competition section of the 54th edition of the Karlovy Vary International Film Festival.

The festival, which opens June 28 in the Czech spa town of the same name, follows a tradition of showcasing a competition lineup strong in Asian, European and world features by emerging directors.

Other highlights include Cambodian-born, British writer and director Hong Khaou’s drama about rediscovering one’s identity, Monsoon (starring Henry Golding). Khaou, whose debut Lilting played to critical acclaim at Sundance in 2014, will be in Karlovy Vary in person to introduce his new film.

German director Jan-Ole Gertser returns to the Karlovy Vary seven years after the premiere of his cult debut Oh Boy, with another world premiere, Lara, a psychological study starring Corinna Harfouch. There is also a repeat appearance by the Philippines’ Dwein Baltazar with her subtle drama Ode to Nothing.

Belgian debutante Tim Mielants is in the line up with the ironic journey of self-understanding, Patrick, Chilean director Felipe Rios brings his psychological road movie, The Man from the Future and Turkey’s Kivanc Sezer brings humor to a life crisis with La Belle Indifference.

Highlights of the documentary program include Latvian director Laila Pakalnina’s ecologically topical Spoon, which creates a portrait of the paradoxes of the long production process and short lifespan of a plastic utensil; award-winning Czech auteur Martin Marecek presents his intimate road movie Over the Hills; and Todd Double Miller brings a compilation of unique archival footage half a century after the first moon landing, in Apollo 11.

The festival, which runs June 28-July 6, also screens out of competition films that include the European premiere of Richard Lowenstein’s Mystify: Michale Hutchence, a documentary journey into the inner world of the frontman of Australian band INXS; and Martin Dusek and Ondrej Provaznik’s captivating Old-Timers, the story of two elderly men with little time left to deliver a dish best served cold: the revenge tracking down and murder of the communist judge who sent them to prison in the 1950s.